Intel has confirmed in its Q1 2020 earnings call that 11th Generation Tiger Lake CPUs will be launching in mid of 2020. The new client lineup will power a range of next-generation laptop designs, delivering improved performance, faster graphics, and higher efficiency than 10nm processors based on the Ice Lake architecture.

The Tiger Lake CPU family will be part of Intel's 11th Generation Core lineup and will be exclusively designed for the mobility market. According to Intel, Tiger Lake Client CPUs will be coming in mid of 2020 and will feature the 2nd Generation 10nm process node along with the new Willow Cove core architecture. Intel also states that they have more than 50 Tiger Lake notebook designs lined up for the holiday season.

In the middle of this year, we’ll debut our next-generation mobile processor, Tiger Lake. Using our second-generation 10-nanometer process, Tiger Lake will deliver breakthrough performance, and our customers have more than 50 fantastic Tiger Lake-based notebook designs lined up for the holiday season.  - Intel 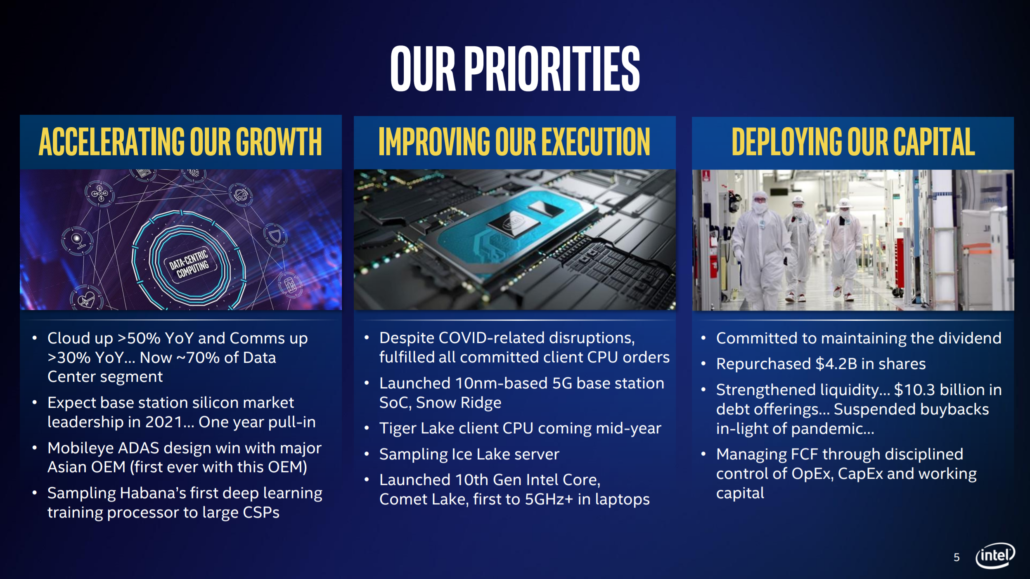 The Intel Tiger Lake CPU family will come in various options, including the ultra-low TDP Y-Series, the low-power & mainstream U-series, and finally, the high-performance H-series. The U & Y series will be making up the bulk of the CPU lineup at launch with H-series joining in later. The family will be replacing the 10nm Ice Lake CPUs that launched last year and will feature brand new CPU and GPU architecture as mentioned above.

Intel has also confirmed that they are currently sampling its Xeon Ice Lake-SP chips to customers and expect initial production shipments in the latter part of 2020.

Finally, in the latter part of 2020, we continue to expect initial production shipments of our first 10-nanometer-based Xeon Scalable product, Ice Lake. - Intel

Based on the 10nm+ process node, the Ice Lake-SP family will feature support on the new Whitley platform.

The Intel Ice Lake-SP lineup would be directly competing against AMD's 7nm+ EUV based EPYC Milan lineup which will feature the brand new 7nm Zen 3 core architecture which is confirmed to be one of AMD's biggest architectural upgrade since the original Zen core.