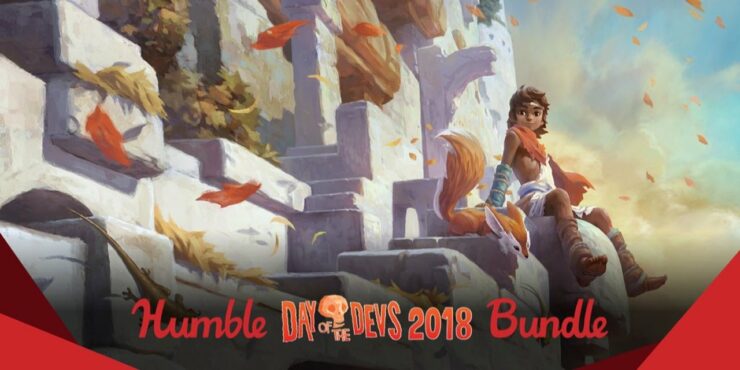 This year's Day of the Devs is once again getting celebrated with a special Humble Bundle.

Every year, the Day of the Devs unites the game community to celebrate great new indie titles! Score a VIP ticket from us if you'll be in San Francisco for the event – but if not, it's all good. We're bringing games and fun to you with this bundle!

You can pay what you want to get Full Throttle Remastered and Burly Men at Sea. The second tier includes the best games, though, allowing you to get Hotline Miami 2: Wrong Number, Yooka-Laylee and RiME by paying more than the current average of $6.16 (€5.43).

We reviewed both Yooka-Laylee and Rime very favorably. Here's what Rosh said about the platform game by Playtonic:

Whether it’s the sound or the controls, Yooka-Laylee is not the perfect game many of us hoped it would be. Although you get a great adventure with some beautifully rendered environments, funny characters and memorable moments scattered throughout, something doesn’t quite live up to the expectation we’ve been living since the consecrated days of Banjo-Kazooie. But there is more to this game than the sum of its parts. Whether it was the original intention that the game was developed for or the fantastic worlds to explore, there is something in Yooka-Laylee that brings you back, a simple, indescribable joy. It keeps you coming back and exploring each level one more time, both before and after you expand it. With hushed volume and an easy-going attitude, there is a hint of the old magic that enraptured so many gamers all those years ago.

Francesco was even more positive after playing the adventure puzzle game developed by Tequila Works:

RiME does great what it sets out to do: provide an emotional and engaging experience that very few players will be able to forget. As with similar games, however, the Tequila Works developed adventure is not a game for everyone: it is a journey of mystery and self-discovery, a journey that’s supposed to make players think, and not only about the puzzles. Those looking for enemies to defeat around every corner will probably end up being disappointed.

There's also a third and last tier to this Day of the Devs bundle. If you pay $12 (€10.58) you can get Minit and Hyper Light Drifter, as well as a VIP ticket for the actual Day of the Devs event in San Francisco.