In the past few years, we have heard stories of troubled development involving some high profile titles like Final Fantasy XV and The Last Guardian, but there are also smaller titles that didn't have it easy, like Tequila Works' RiME. The game, originally announced as a PlayStation 4 exclusive, eventually went multiplatform sometime after its announcement, and many feared that the long and troubled development might have compromised director Raúl Rubio's vision. Not only did this not happen, but Tequila Works ended up developing a game that is almost on par with Team Ico's exceptional adventure games.

Everything in RiME is shrouded in mystery, starting from its premise. A young, unnamed boy, finds himself stranded on a mysterious island following a torrential storm. All alone on this mysterious island, the young boy is beckoned by a massive tower that he will only be able to reach by solving the many puzzles that litter the island. His only help is a fox, which will always guide the boy on the right path. Making the journey even more mysterious, is a red-cloaked figure that always seems to be a step ahead of the boy.

RiME's story isn't told through words, but through the beauty of the island's flora and fauna, the music, the ruins and a variety of murals which may make little sense in the beginning. As the boy proceeds through the island, however, things will start making sense, and players won't be able to help but appreciate how every visual and audio element of the game is an integral part of the narrative. Like in the Team Ico games, it's a deep and emotional journey that cannot be forgotten easily.

RiME's storytelling approach isn't the only feature that's been masterfully crafted, as the adventuring and puzzle solving elements are just as good. Unlike similar games like last year's The Witness, players will hardly feel lost while exploring RiME's luscious setting, as the game is not an open world experience. Sure, there's a lot of optional areas to explore, areas where players can find collectibles which give more information on the boy's backstory, but players can decide to just go from one puzzle to the next without having to worry about going in the wrong direction. With all the mystery surrounding the boy and the island, this approach is probably the correct one to avoid making players feel completely lost.

While exploration and platforming are very important elements in the RiME's experience, they're not as central as puzzles, and Tequila Works nailed this aspect in the best possible way. Every area of the island begins with simple puzzles that teach a basic mechanic around which are based all the later ones found in the same area. This makes sure that puzzles never feel dull, as players always have to deal with creative variations of a basic, yet engaging formula. As for the mechanics behind the puzzles, Tequila Works has been extremely creative, including simple stuff like turning on switches by making the boy shout, moving blocks in the current position, aligning elements, manipulating the time of day and more which gets turned upside down with more complicated variations, like activating several switches found in different locations at the same time, using environmental elements to avoid dangers and many others. One thing is certain: playing RiME is never a dull affair.

With narration being done with unconventional means, it's not surprising to see how RiME's presentation is phenomenal. The game employs a cel-shaded style which makes both characters and setting look almost straight out of a fairytale. The different outdoor areas deserve quite a bit of praise, specifically, as they look incredible in motion, also thanks to the day and night cycle and various lighting effects. Everything looks so gorgeous and alive that more than a few players will be taking a lot of screenshots. Music is also nicely done, with some very emotional pieces making the journey through the island even more memorable.

Talking specifically about the PC version of the game, RiME is definitely a solid port, with several supported resolutions and various graphics options. Unfortunately, the included anti-aliasing options are not the best: FXAA is not that good, TXAA only works on NVIDIA GPUs and SSAA impacts performance considerably. The inclusion of TAA and SMAA would have been preferred.

RiME does great what it sets out to do: provide an emotional and engaging experience that very few players will be able to forget. As with similar games, however, the Tequila Works developed adventure is not a game for everyone: it is a journey of mystery and self-discovery, a journey that's supposed to make players think, and not only about the puzzles. Those looking for enemies to defeat around every corner will probably end up being disappointed.

PC version tested (review code provided by the publisher). You can buy it for PlayStation 4, Xbox One and pre-order the Switch version via Amazon. 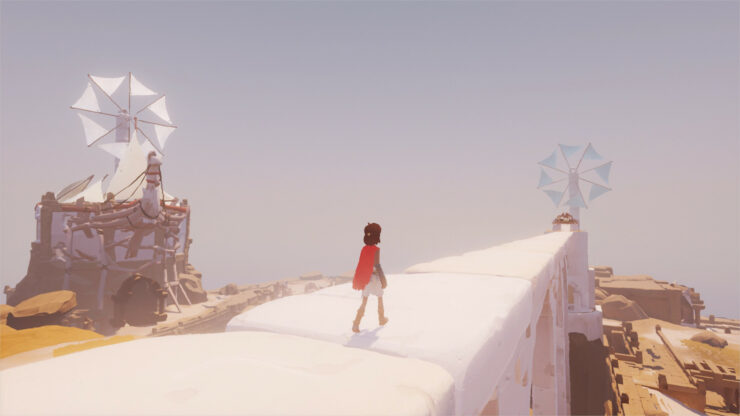