Have you ever drawn out your own treasure map as a child, leading through traps and dangers to lead the way to a bountiful treasure? Does the idea of geocaching and solving riddles to discover the next location tickle your fancy? Do you just like to help others in need? If so, you should check out Carto, a charming little puzzle game all about helping a young girl find her way back home. 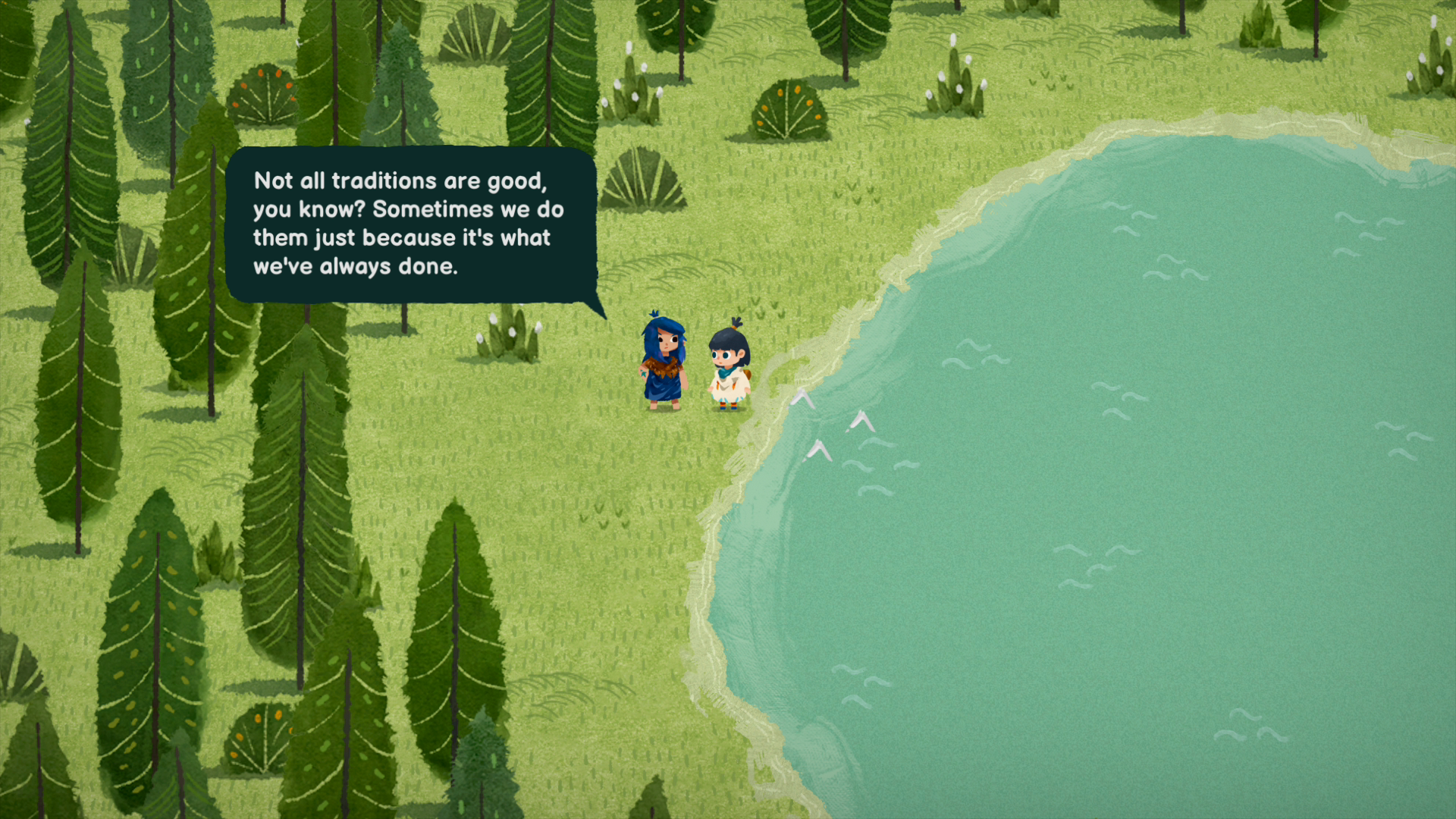 Carto opens with the young main character and her grandmother taking a trip through the skies to explore the land from high above. Through some rocky weather and unfortunate timing, Carto is whisked away and fallen down to a small fishing island filled with a family with big hearts. To guide Carto home, she'll need to use the aid of a magical map that she brought with her after being whisked away from her grandmother's airship, along with all of the map pieces that make up the world. As Carto journeys on, she'll collect scraps of the map that can be pieced together to create new areas of the world. This is where the puzzles come into play and Carto's unique style of gameplay shows its true colors.

The puzzle pieces that Carto collects are literally the world itself. As Carto collects and places the square scraps she collects onto her grandmother's map, the world itself is rebuilt and represented as these square pips. When not interacting with the map, Carto can freely explore the world she's placed together and talk with the many colorful NPCs throughout the land, often leading to new hints and goals to succeed. Along the way, Carto will make friends with the many locals of the land and help them solve simple tasks in their everyday life, from herding sheep to helping guide travelers through an ever-shifting forest. Aside from the sense of humble gratitude from helping out those in need, Carto will often be rewarded with an essential piece of the map to continue on her adventure. 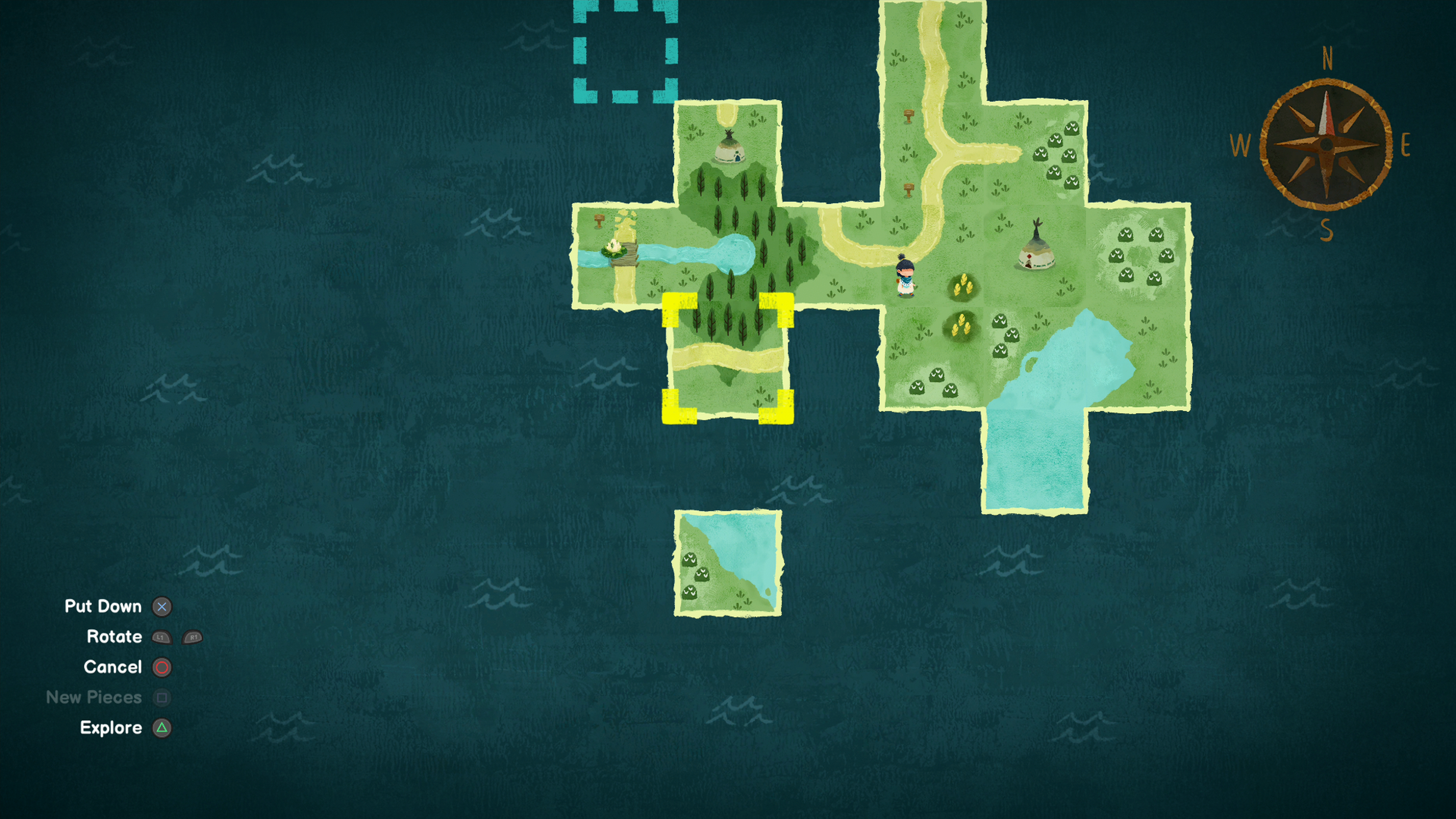 There are simple rules to the map that Carto builds together and that's in how the pieces clip together. Each piece of the world is a square shape with four sides of landscape. During the first couple of chapters, this is a simple matter of pieces like grasslands, water, roads and forests; later chapters bring in a lot more interesting regions into the mix. In order for two pieces to link together, they must share a common side. After all, it wouldn't make sense to a piece of road to inexplicably end in the middle of the ocean, right? By following this simple rule, Carto's world can intuitively and easily be rebuilt to solve a given task.

There won't always be a perfect solution to how Carto's world looks and players will build their maps out differently as they solve the environmental puzzles and that's part of the simple beauty to this puzzle game. Since Carto is as much a part of the world as any other character, if the player picks up a piece she's standing on and move it around, she'll pop right back out exactly where she was standing before. Why waste time running through a field of flowers when you can literally move the heaven and earth and drop her down on the other side? 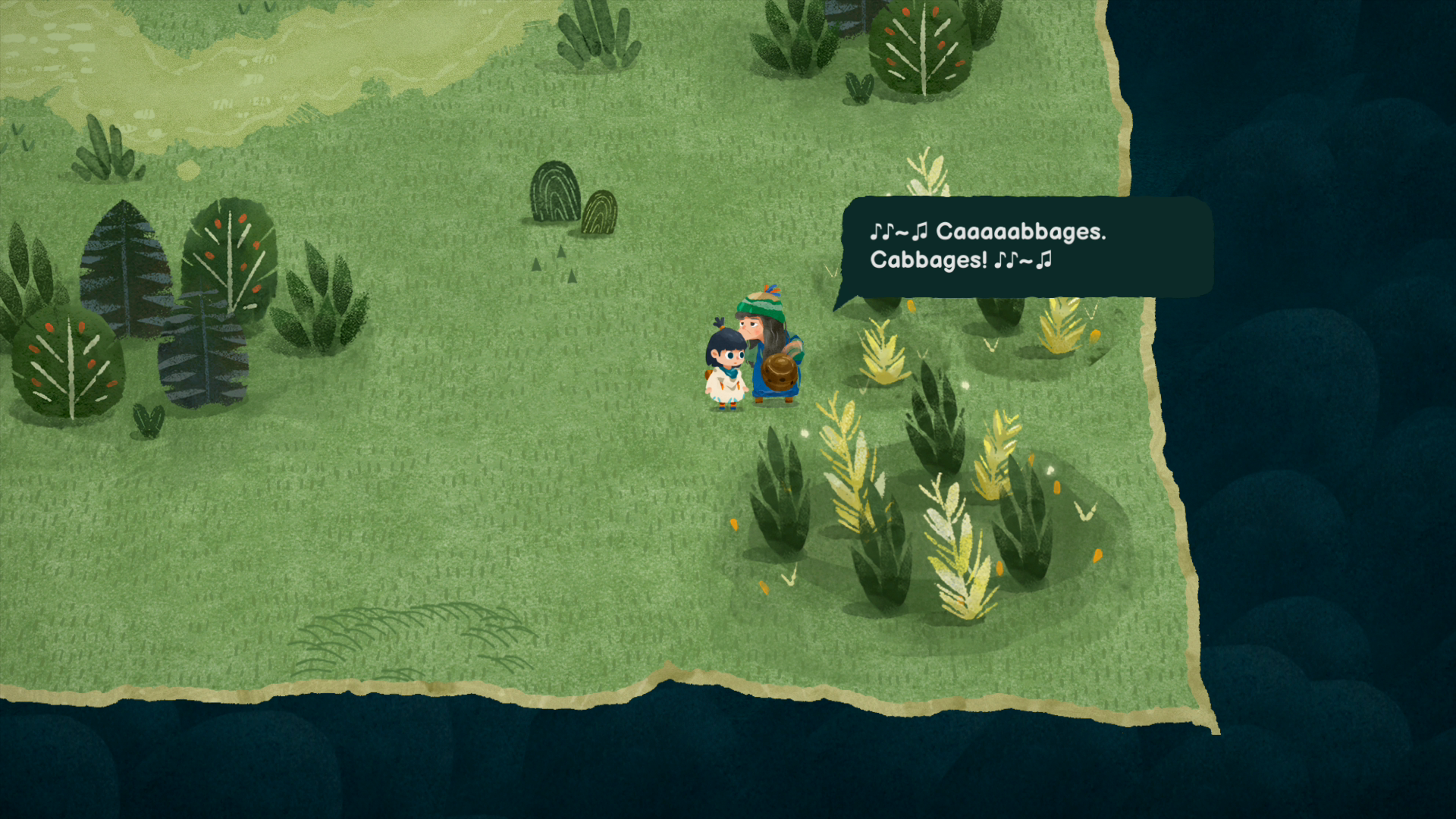 At times, the path ahead isn't immediately clear to Carto. There were times when I would have all of the map pieces I could find and a couple of hints from local villagers to guide me forward. This was especially tricky in the last couple of chapters where the map borders had to be aligned in very specific shapes and lengths in order to make a new area magically appear. Where Carto struggles at times is in the trial and error necessary to solve a puzzle solution but when everything clicks together, that's a fantastic sense of accomplishment. Say you're trying to find a bountiful field of yellow flowers but don't have enough pieces. What happens if you surround an open space on three sides with the flowers you do have? Why, that might coax that last piece of the world to magically pop right up on your map! 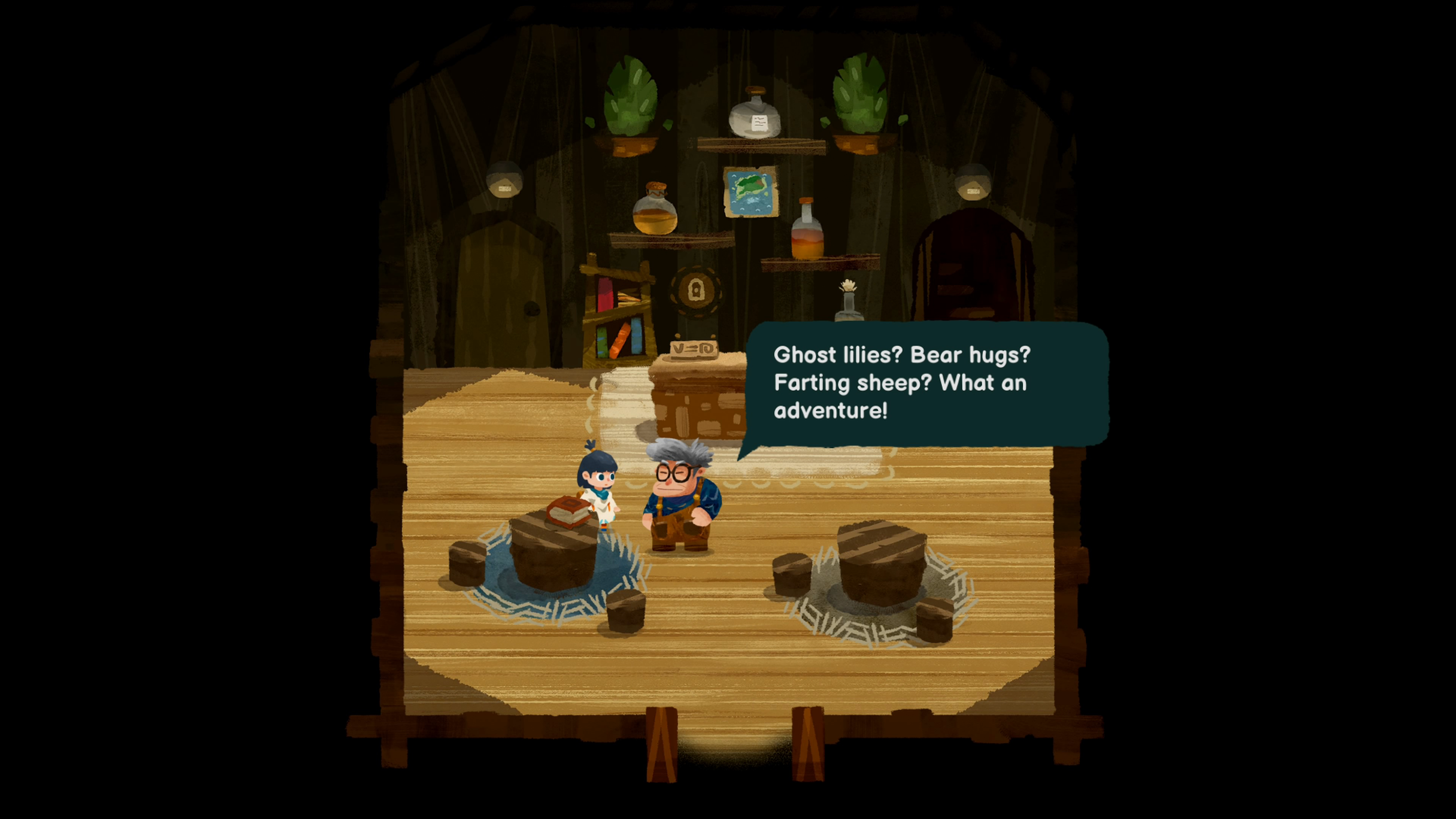 Coming in at around eight hours to guide Carto back home safely, this puzzling adventure doesn't overstay its welcome. Instead, each region and chapter of the world brings in a unique mechanic that helps the adventure feel fresh at every turn. Each chapter and region to Carto's world is self contained, so you don't need to worry about amassing an absurd number of map pieces to fit together or worrying about accidentally using the wrong piece at the wrong time. With no fear of game over or tricky time limits to worry about, you can chart your course at your own pace. Of course, if you're looking for a few extra achievements or personal trophies, there are a few chapter specific tasks that can only be undertaken at the right place and the right time. A chapter select option pops up once Carto's adventure is complete, so you can always jump back in and look for those tricky secrets.

Carto is one of those peaceful adventures you look forward to unwind with and I'm definitely glad I was able to take the adventure with map in hand. It's a charming, easygoing puzzle title that uses its one simple mechanic to tell a story about bringing people together, even when they're worlds apart.

[Carto was reviewed on the PlayStation 4 Pro. Review code was provided by the publisher.]

Carto is a brilliantly simple puzzle game about literally moving the world to help those in need, all the while making a few friends as you try to make it back home.