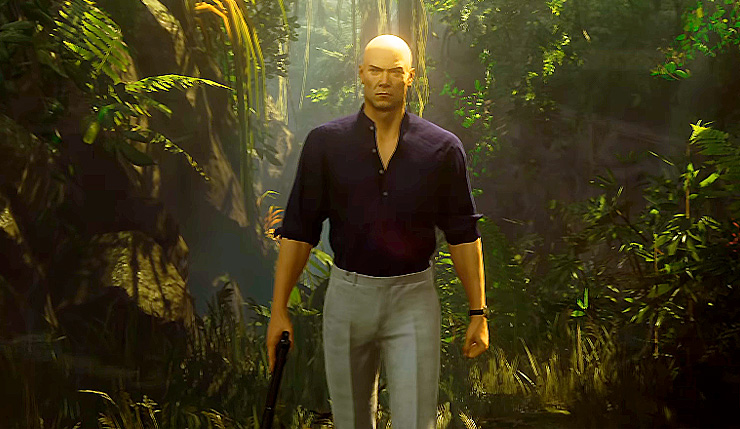 Hitman 2 has dropped a full gameplay trailer for its second location – the deadly drug-cartel-controlled jungles of Colombia. All the leaders of the powerful Delgado Cartel are descending on a small village, so, of course, Agent 47 is there to take them all out in one fell swoop. Watch Agent 47 get in touch with nature and kill some bad men, below.

While we’re at it, here’s an earlier Colombia teaser.

Welcome to Colombia, 47. An iron-fisted Delgado Cartel rules over the village of Santa Fortuna. Security is extremely tight. It is a rare occurrence to have all three cartel leaders present in the village at the same time, so, you need to slay a three-headed serpent.

Located in the heart of a Colombian rainforest, Santa Fortuna poses a new threat for Agent 47 as he must work his way through the native village, intricate caves and ruins, cartel run coca fields and an intensely fortified mansion with armed guards around every corner.

Unlike it’s episodic predecessor, Hitman 2 will come with a full six locations at launch. While developer IO Interactive has only officially unveiled Miami and Columbia, a leak revealed we’re most likely also getting stages set in India, New Zealand, a city on the North Sea, and an American suburb. Haven’t been keeping up with Hitman 2? Here’s the official rundown: