Guns of Icarus: Alliance Launching May 1st on PlayStation 4, Will Be The First Crossplay Game with Voice Chat 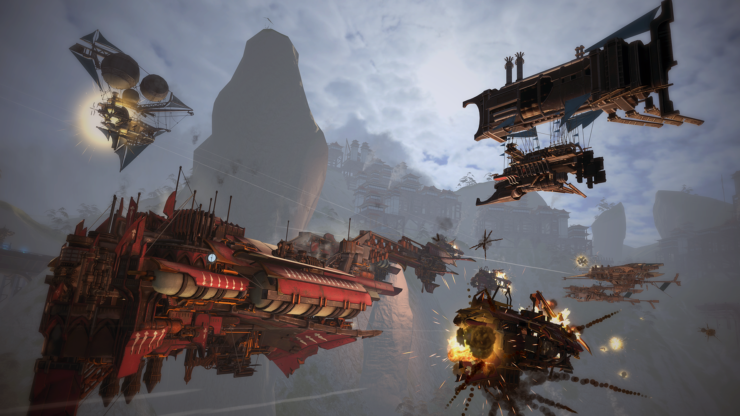 Guns of Icarus: Alliance, launched on PC (Steam) in March 2017, can now be pre-ordered for Sony's PlayStation 4 console where it will officially launch on May 1st, priced at $14.99 (though there's currently a 25% discount available for PS Plus subscribers, bringing the price down to $11.99.

The steampunk-themed airship combat game is also the first one to boast full cross-platform play between PlayStation 4 and PC with voice chat.

Making the first game to fully provide cross-platform voice chat was a monumental task for the development team, but we knew in order to experience Guns of Icarus the correct way we had to implement it in both the PS4 and PC versions. In Guns of Icarus: Alliance a team’s successes and failures depend on their communication skills, and our voice chat allows players to become a coordinated unit, regardless of platform.

Below you can find the release trailer and the game's description from the PlayStation Store.

Guns of Icarus Alliance: PS4 Edition is the ultimate steampunk airship combat game, complete with an ongoing war between six elite factions vying for control of a ravaged world. Up to 32 players can engage in epic PvP airship battles, with four players manning each ship, or team up with their faction to take on the game’s AI in heart-pounding PvE skirmishes. Players take on the roles of Pilots, Engineers and Gunners, and work with their crew towards victory. During battle, players will repair the ship’s armor, gun down enemy balloons, and deftly weave in and out of combat to dominate the skies in a variety of game modes and maps. Regardless of what platform an air pirate and their crew are playing from, the game fully supports cross-platform voice chat to help the group become a cohesive unit. In this ever-changing universe, a team’s successes and failures constantly shape and reshape the world based on who dominates the battlefield. In the skies of Guns of Icarus, players and their teammates triumph or perish, together.