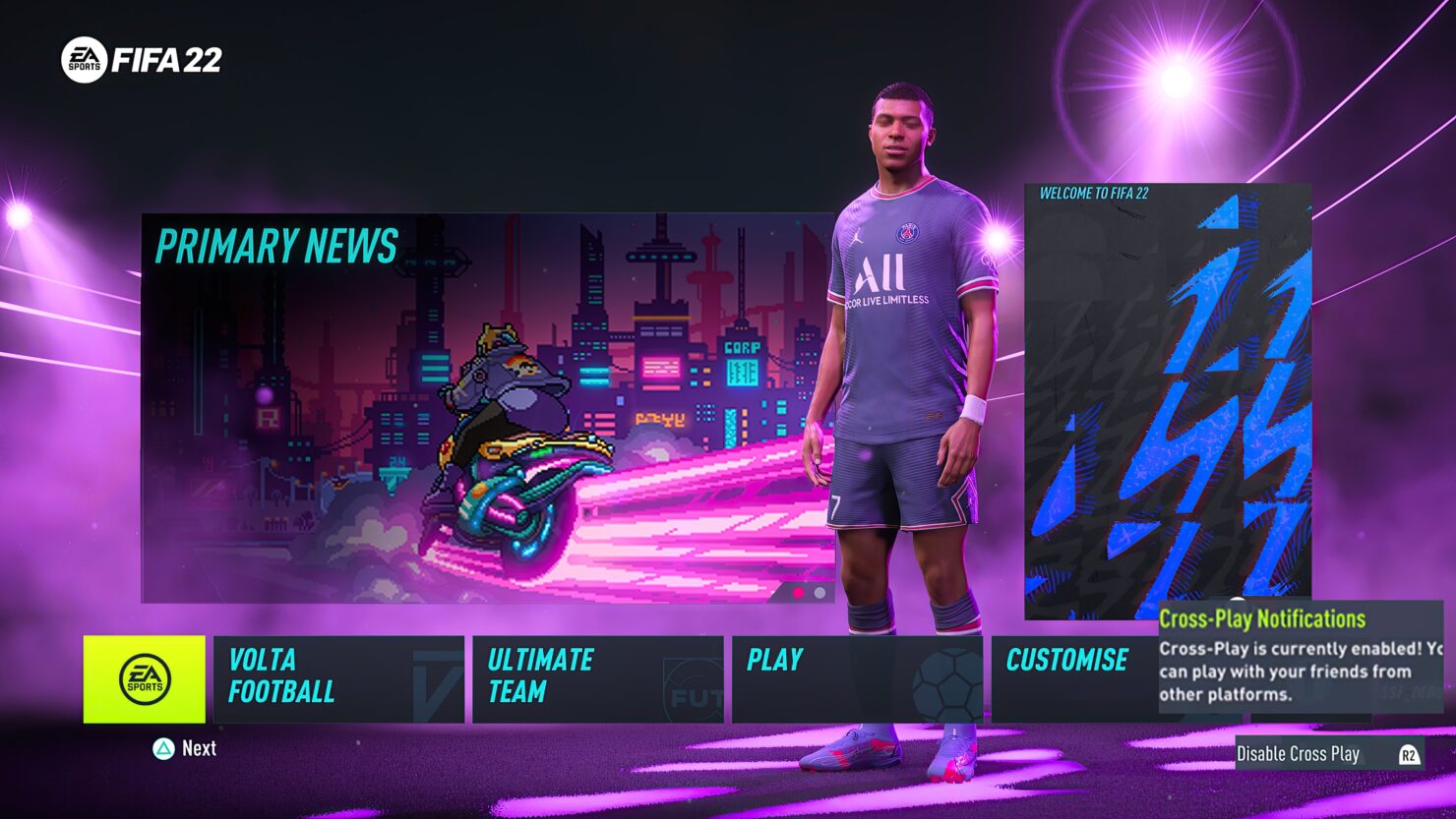 The first FIFA 22 crossplay test is coming in the near future, EA announced, but only for the PlayStation 5, Xbox Series S|X, and Google Stadia versions of the game. It's also going to be limited to just two of the online modes, serving as a testbed for crossplay implementation in future FIFA installments.

What is this Cross-play test and what modes is it available for?

As mentioned earlier, this Cross-play test will be available to all players on the PlayStation 5, Xbox Series X|S, and Stadia versions of FIFA 22.

Why is this Cross-play test only in Online Seasons and Online Friendlies?

While we want to enable our players to play with as many friends and others as possible, we limited the test to these two modes with the aim of reducing the chance for introducing new issues into the game. We are confident that the game data and feedback that we get from these two modes will help inform how Cross-play could further be implemented in future titles.

How do I enable or disable the Cross-play test?

Once this Cross-play test is activated, when you’re in the main menu of FIFA 22, you can find a widget in the bottom right hand corner that can be opened with the corresponding button prompt.

FIFA 22 launched last October and is just now being added to the PS Plus library for subscribers. Here's an excerpt from our review of the game.

FIFA 22 is an undeniably fantastic football game, once you get on the pitch. HyperMotion Technology, and a push for enhanced visuals, physics, and more, make this an incredibly tactical experience and closer to the real thing than ever before. The inevitable problem is when you look at the insidious inclusions off the pitch, such as FUT, which - while somewhat more generous with the in-game currency - is still incredibly predatory and push on the in-game gambling mechanics.