As our wait for iOS 7 jailbreak and the untethered iOS 6.1.3 / iOS 6.1.4 jailbreak draws us almost impatient, Ryan Petrich has shared a glimpse of his popular upcoming multitasking jailbreak app VideoPane in the iOS 7. Petrich is a famous developer of jailbreak tweaks such as Activator.

This conversation below will show you the screenshots taken from the iPhone 4 about how Petrich managed to jailbreak iOS 7. 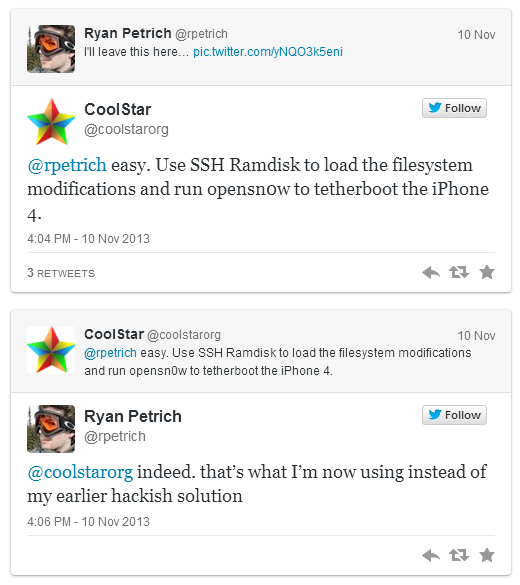 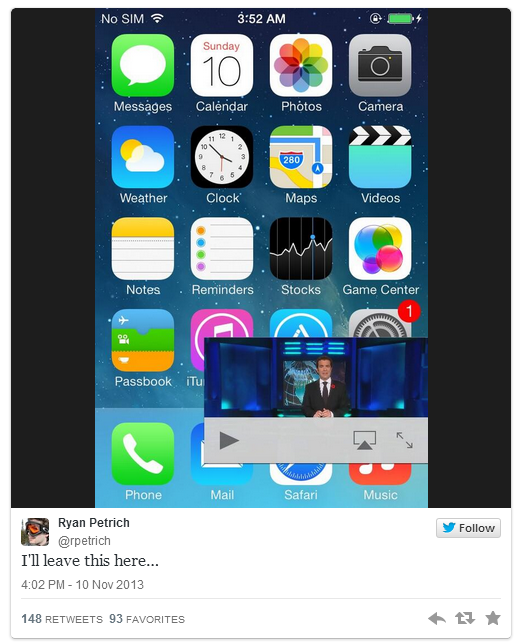 It is possible to tether jailbreak iPhone 4 on iOS 7 using the opens0w but is is a very complicated process. iOS 7 jailbreak process hasn't got any new updates and evad3rs team is apparently working on it as we write. Pimskeks although tweeted a couple of days back saying they are still working on the iOS 7 jailbreak. Here is the excerpt:

Top iOS 7 and Apple stories of the week you should check!

Here is how to boost your iPad Air's battery life, along with some iOS 7 tips and tricks!

In a saddening news, Apple Orders Shut Down of a Site Helping Fans Find the Latest Products’ Stock among the other (rather happy) international news that Apple Takes Passbook Gift Card Service International – UK, Australia, Canada & More & that Apple is set to release Mavericks update to resolve issues with iBooks, Safari, Mail & more!