Apple introduced gift cards to be purchased via iPhone and the iPod Touch Store application last year in October. Once bought from the Apple Store app, these gift cards could be shared with family and friends via email to be used in Apple Store. The Passbook application was introduced with iOS 6 which was the dedicated app where from to purchase the gift cards. This service has been since exclusively offered to United States users only. However, today Apple Passbook has gone international. 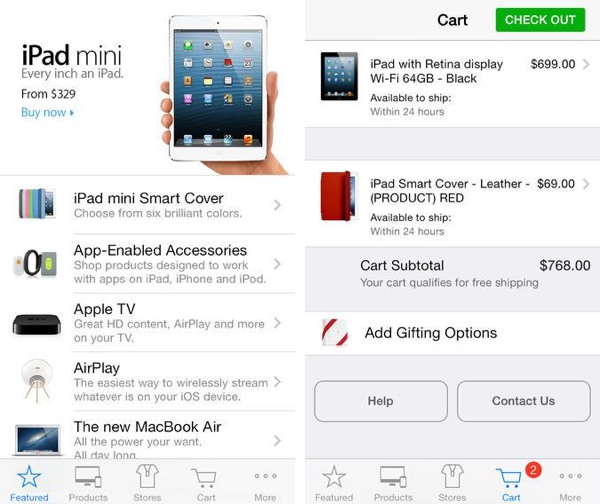 The system works similarly to the United States version in all the newly covered regions. Users will be able to find the gift card selection list in the Apple Store app, enter in their amount and they will receive the coupon sent via email. Once received, the gift card can be stored in Apple's Passbook app and redeemed at an actual Apple Store.

If you are a resident of Australia, Canada, United Kingdom, or Italy, you can download Apple Passbook gift purchasing app from app store - it is a free 6.7MB download.