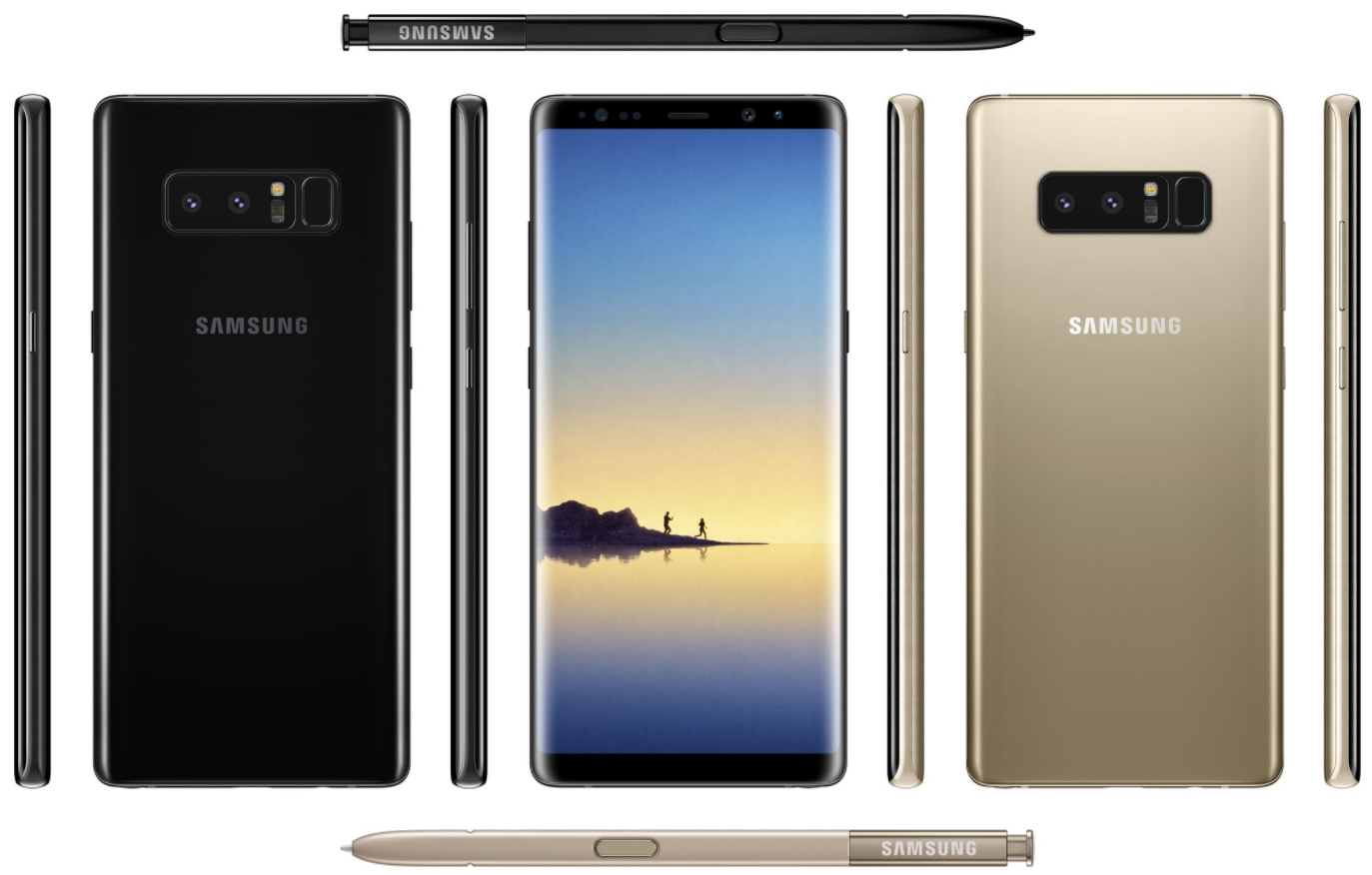 With only two days remaining for the Galaxy Note 8 announcement to kick off, we want to provide you a rumor roundup concerning the specifications, features, pricing and of course availability of the upcoming flagship phablet. It is always good practice to research well in advance of your purchase, and if you intend to be the proud owner of the Note 8, then you should know what it can feature, and what might be left out potentially. Here is everything you needed to know about Samsung’s crème de la crème in the smartphone category.

Infinity Display, Crisp Thin Bezels and Several Exclusive Upgrades That You Will Not Find on the Galaxy S8 and Galaxy S8+

With the Galaxy S8+ already sporting a 6.2-inch display, Samsung would have to go one-up with the Galaxy Note 8’s display size if it was going to call its upcoming flagship a member of the ‘Note’ family anymore. Though there is not a significant difference when pitting screen sizes against the Galaxy S8+, the Galaxy Note 8 will feature a 6.3-inch Super AMOLED display with a resolution measuring in at 2960 x 1440 pixels.

If by chance the unit that you power on has a resolution that’s less than the aforementioned one, this move has probably been done in order to conserve battery life. If you wish to get the most out of the ‘eye-candy’ Infinity Display, you can always up the resolution by paying a visit to the settings.

Disappointingly, the Note 8 will either sport a Snapdragon 835 or Exynos 8895, despite rumors claiming that the flagship will get an upgraded Snapdragon 836 underneath its glass and metal body. While there isn’t going to be a groundbreaking difference between the two chipsets, if you are paying a premium for a smartphone, you should get some upgrades from the hardware department, regardless if the performance difference is not going to make an iota of a difference. 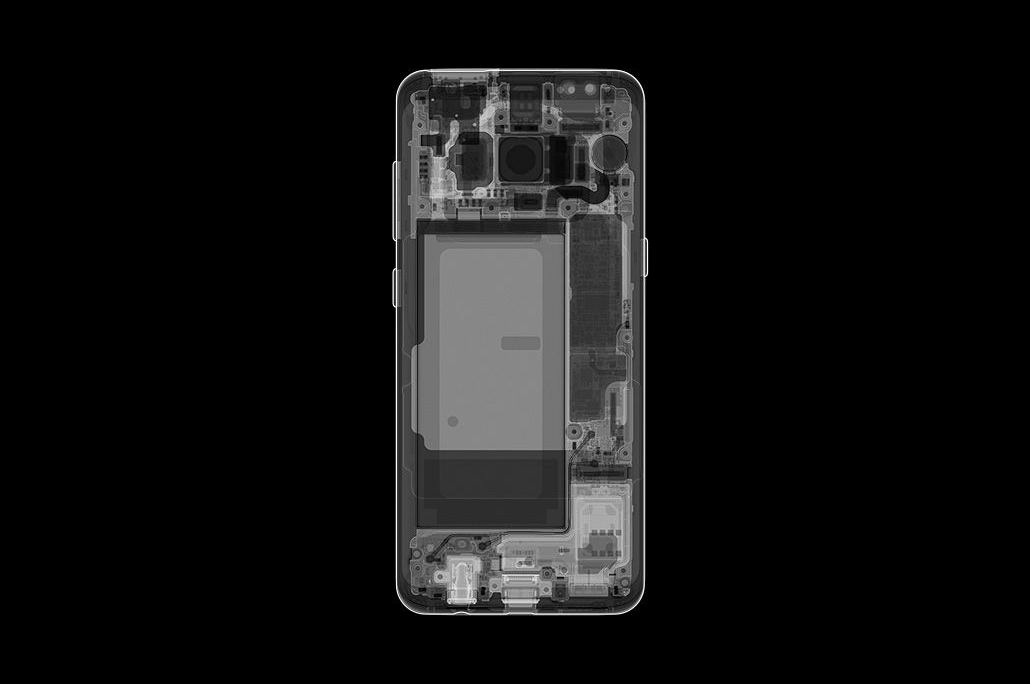 There are also going to be a few cosmetic differences that you might be able to notice when pitting the Galaxy S8, Galaxy S8+ and Galaxy Note 8 next to each other. For instance, the latter will sport a more rectangular look as opposed to the curved edges that the remaining two devices have. Personally, I appreciate the rectangular design as it gives a phone a more intimidating look; like you’re actually gripping and using a powerful and very capable mobile computing device.

While that is my own preference, yours will definitely vary but we are sure you’re still wondering what will be the advantage of owning the Note 8 for such a high price tag? Two words, exclusive upgrades; the Note 8 will come with its dedicated slew of features that you will not find on the Galaxy S8 and Galaxy S8+ and it is high time that we wrote them down for you.

12MP dual-camera: One of the striking differences between the Galaxy Note 8 and the remaining flagships belonging to Samsung will be its dual-camera configuration. According to details, the secondary lens will have a narrow aperture but will be able to provide 2x lossless zoom functionality, which is identical to the telephoto lens present in the iPhone 7 Plus. The primary camera will have a F/1.7 aperture and will be able to produce the same image resolution as that of the secondary lens.

There was a rumor stating that the second 12MP lens will be able to produce image results with a 3x lossless zoom feature, but according to leaked promotional material, it looks like that is a false bit of information circulating around the web. If it will indeed be able to provide 3x lossless zoom, we will have to wait for the official announcement for this intricate detail to be spoken about. If possible, the Note 8 will also be able to blur the background, creating a bokeh-effect just like the iPhone 7 Plus.

Dual-camera specifications: 12MP with F/1.7 aperture, and 12MP with F/2.4 aperture. 2x lossless zoom for imaging but the same zoom functionality might not be present for video recording. As for OIS, it is said to be present on both camera modules, but we will have to wait and see if the phone will also have a strong command on video stabilization.

6GB RAM for all models: Irrespective of what region you live in, you will get the 6GB RAM version for the Galaxy Note 8. The real difference will appear in the storage models you intend to purchase. 64GB will be present in the base model, followed by the 128GB version. There was also a leaked brochure detailing the release of a 256GB storage model and while that is very impressive to see Samsung going the extra mile with the effort, we believe that this particular model is going to be sold exclusively in Korea since Samsung would want nothing more than to gain traction on its home soil first.

There are going to be single and dual-SIM versions introduced as well as a microSD card expansion slot that supports up to 256GB. We highly recommend that you grab the dual-SIM version since you will have greater flexibility down the road if you decide to get another number.

Improved security controls: Both the Galaxy S8’s iris scanner and facial recognition were easy to bypass using a creative mind and a combination of software and consumer electronics. There are reports that Samsung will upgrade the security feature on the Galaxy Note 8 so that the flagship handset’s security does not succumb to the methods used earlier.

Keep in mind that just like the Galaxy S8, the fingerprint reader is going to be mounted at the back and because it features a slightly larger 6.3-inch display, users will find it difficult to access the reader. In such a scenario, remember that you have a repertoire of security options to choose from, but only choose the one which you deem convenient for your usage and provides a layer of security that cannot be bypassed through conventional or creative means.

S-Pen features: The Galaxy Note 8 would not be complete without its trusty S-Pen. We expect several features present in the abandoned Note7 to make a return in the successor’s accessory. In addition, we also expect the pen to deliver an even higher pressure sensitivity than its predecessor. There is no experience greater than the feeling of using a pen accessory on a smartphone that feels exactly like using a pen on paper. It is thoroughly satisfying, and with the arsenal of features that we expect with the release of the Note 8, the deal should be even sweeter.

The Galaxy Note 8 is scheduled to be announced on August 23, but luckily for consumers, Samsung is wasting no time in getting the pre-order train up and running. According to info leaked courtesy of an online retailer employee, pre-orders of the Galaxy Note 8 will commence on August 24 and early adopters are going to receive Samsung’s love and affection in the form of freebies.

As for the actual release date, that is going to be September 15. With pre-orders starting just a single day after the official launch date, Samsung wants to cement its position as the leading smartphone manufacturer because even the Korean giant knows the flagship slayers that will be entering this realm in an attempt to dethrone the company’s number one spot. The biggest threat to that position is none another than Apple and its iPhone 8, followed by the LG V30, Huawei’s Mate 10 and of course Google’s Pixel 2 family.

If you wanted to get to know more about the hardware specifications of the Galaxy Note 8, they have been listed below. If you feel that we have missed out some features that will find their way to the phablet, let us know down in the comments while also letting us know if you plan to upgrade to Samsung’s ‘soon to be announced’ show-stopper of 2017.