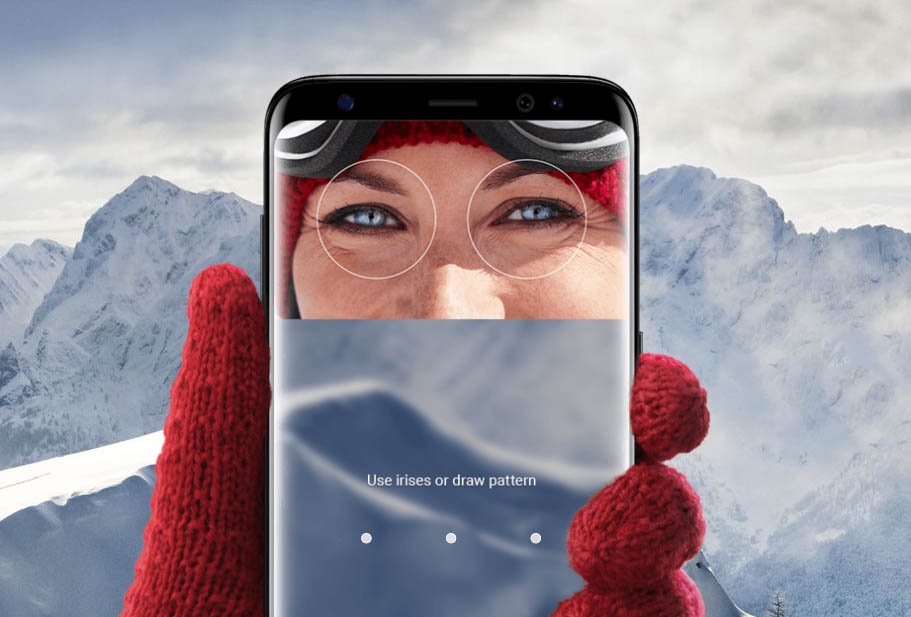 In addition to the facial recognition flaw, the Galaxy S8 has another security feature that can easily be bypassed by a skilled and might we add, a malevolent group of hackers. As demonstrated by the Chaos Computer Club, scaling past the iris scanner of the Galaxy S8 was a piece of cake and all it required was some office paraphernalia and a digital camera.

Using a Digital Camera and Office Equipment, a Group of Hackers Show How Laughably Easy it Is to Get Past Galaxy S8’s Iris Scanner Security Feature

The unlocked international version of the Galaxy S8 will cost you somewhere between $725 and $750, and according to the Chaos Computer Club, the cost to hack the smartphone is less than the aforementioned amount. A digital camera, a Samsung-made laser printer, and a contact lens was all that was required to bypass the iris scanner of the flagship.

In fact, the laser printer manufactured by Samsung managed to provide the best results, according to the video demonstration. This is how it all worked; the hack required taking a picture of the individual’s face, and later printing it on paper, then superimposing the contact lens, and holding the image in front of the locked Galaxy S8.

Though the photo does not need to be brought extremely close to the smartphone, using modes such as night-shot or removing the infrared filter aids to speed up the process of unlocking the Galaxy S8. No doubt the flagship features a multitude of security features, but with both the facial recognition and iris scanner security being compromised with relative ease, it is up to the traditional ways of securing your smartphone to end up protecting your sensitive data. 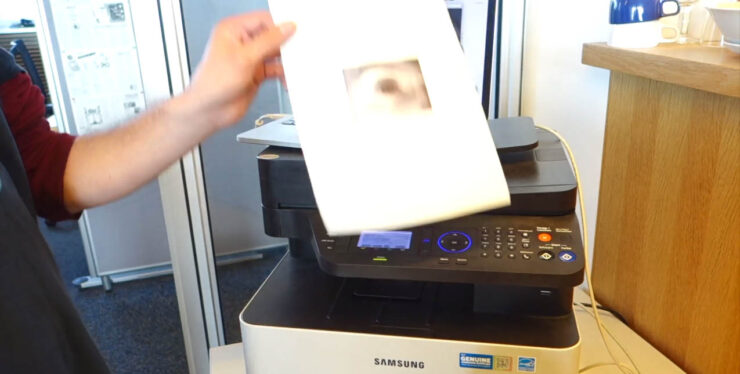 This will include unlocking the smartphone using the rear-mounted fingerprint reader, which we might add has been positioned in such a manner that will definitely result in a fatiguing process for a user with smaller hands. However, they can also resort to locking their device with a PIN, which might not be highly effective, but it is still rather convenient.

How do you think Samsung is going to respond to the latest security development? Tell us your thoughts down in the comments.