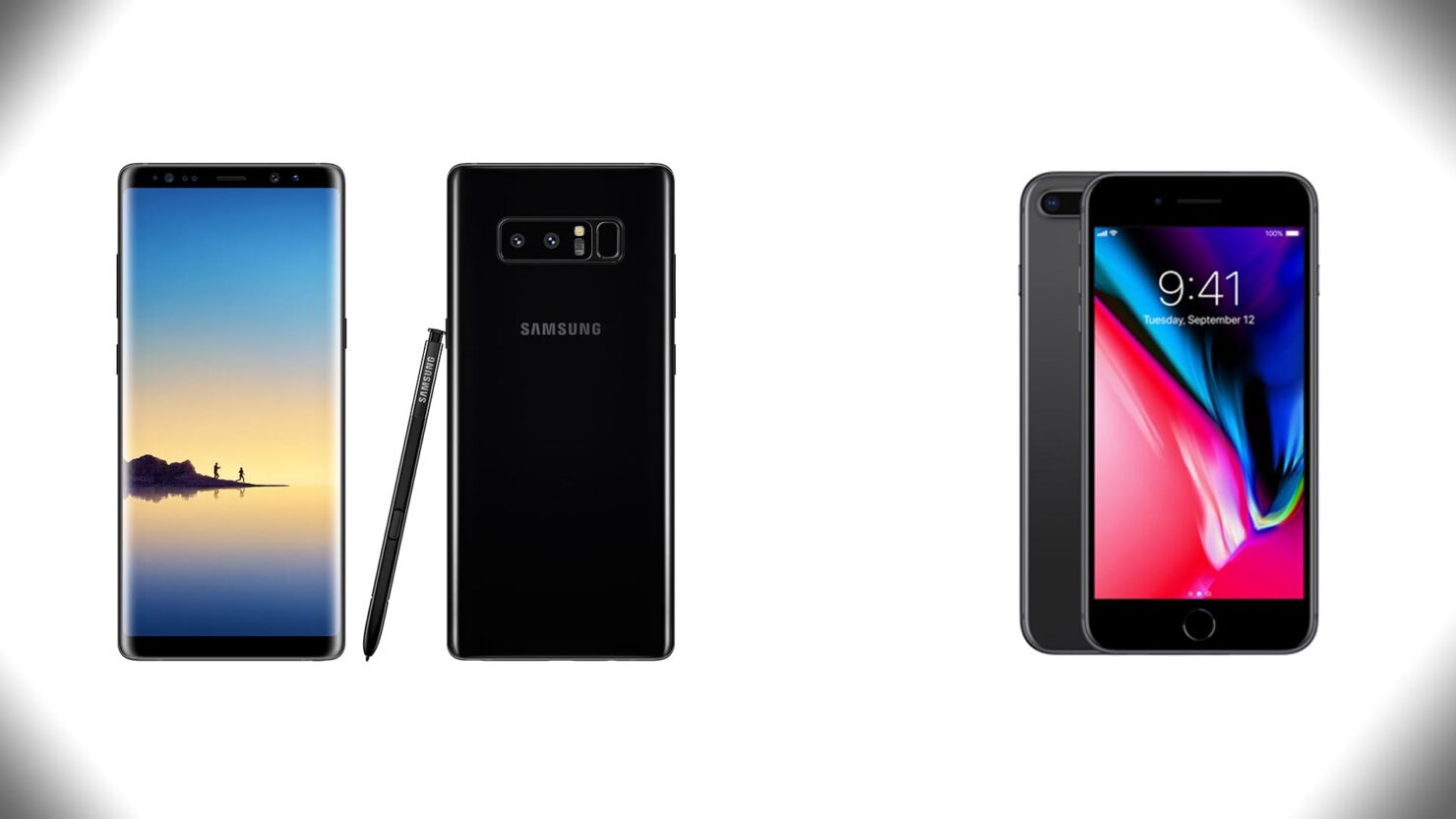 Last year, the iPhone 7 Plus was crowned the real-world speed test champion as it tore through the competition, which included the likes of the Galaxy Note7 and Pixel. Now we expect that thanks to the impressive compute and graphical performance of the A11 Bionic SoC in the iPhone 8 Plus, it too would hold the title as the fastest smartphone of 2017. However, it looks the Galaxy Note 8 has a different say in the matter.

The Galaxy Note 8 features 6GB of RAM while the iPhone 8 Plus sports half that but thanks to the optimization of iOS 11, the real-world test results should have been easy pickings for the latter right? Well, not quite because even though the 5.5-inch handset is able to zip past the Galaxy Note 8 in the first lap by loading apps in quick succession, the second lap is where the story quickly changes.

Since the Galaxy Note 8 is able to retain more apps in the background thanks to a RAM upgrade, it is able to fire up those apps immediately, something that the iPhone 8 Plus is unable to do and eventually loses to the Note 8 in the latest real-world test results conducted by PhoneBuff.

This lack of app retention in the background could also be because Apple’s iOS 11 needs a few bug fixes. After all, PhoneBuff did not specify if the device was running the latest iOS 11.01 system update or not, so we will have to come back to these tests in the near future.

You can check out the test down in the video below and also let us know your thoughts down in the comments.