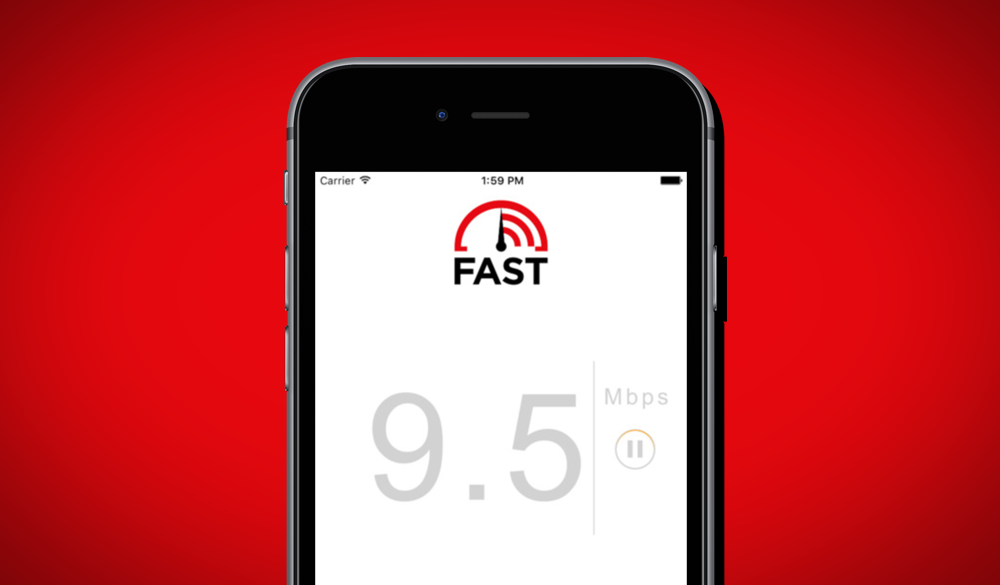 Netflix' FAST Speed Test app for iOS and Android is now available to download. It's absolutely free and mega simple to use.

Network speed test apps are aplenty on iOS and Android. At the top of the food chain sits Ookla's very own Speedtest.net, which not only gets the job done, but itself is a benchmark set for other apps to follow. But sadly enough, the app can get a little confusing for those who seek nothing more than simplicity in their life.

This is where Netflix' FAST Speed Test app for iOS and Android comes in.

Previously exclusive to the Web only, the service is now available as a native app for both iOS and Android. The best part about this particular speed test app is that it literally has no controls at all. Just launch the app and it will do a quick network speed test, showing you the current download speed. There are no settings to play around with, absolutely nothing at all. Simply launch and go, that's what FAST Speed Test is all about.

Use the fast.com application to help you see how fast your internet connection is, whether on mobile or broadband, anywhere in the world. It is ad free with a streamlined design that is quick and easy to understand.

As mentioned above, the app is available to download for both iOS and Android. This means you can grab it directly from the iOS App Store or Google Play. But of course, it would be a hassle to do the hunting bit, therefore tap on the links below for download.

We encourage users to try out a couple of network speed test apps at least once to gauge the live speed against the one advertised by the ISP. There are a lot of instances where one is led to believe they are getting more than adequate speeds but the story is absolutely different when a speed test is run. This is the root cause of slow streaming speeds as well. It's also likely that you're getting maximum speeds but data is being throttled on certain fronts, such as YouTube or even Netflix.

So, please go ahead, download a speed test app (Ookla's preferred since it's more detailed) and check whether your'e being ripped off or not.