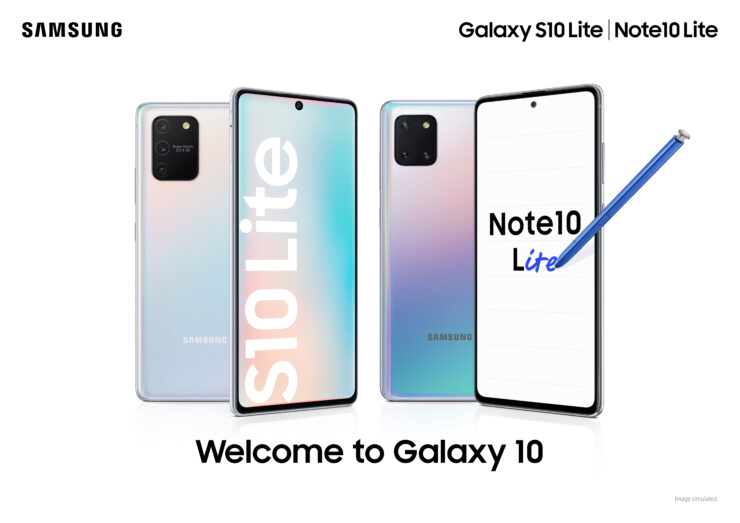 Earlier this month, Samsung quietly unveiled two new devices in the form of the Galaxy S10 Lite and Note 10 Lite. They can be best described as a 'one rung below flagship tier' devices and are priced accordingly. Both devices are fairly identical in a lot of aspects, and they're priced within a hundred dollars of each other, so picking one can be a bit confusing. Let's take a look at which one of the devices provides better value for your money.

The Galaxy Note 10 Lite and Galaxy S10 Lite both come with an identical 6.7-inch FHD+ Super AMOLED panel. Both devices are identical in a lot of aspects, and the design happens to be one of them. The only way to differentiate between the two is by looking at the arrangement of the rear cameras.

Once again, the Galaxy S10 Lite reigns supreme compared to the Galaxy Note 10 Lite. The latter comes with three 12 megapixel sensors, of which two are ultrawide and telephoto sensors. The Galaxy S10 Lite comes with an objectively better camera setup that consists of a 48 MP sensor assisted by a 12 MP ultrawide lens and 5 MP macro lens. It also supports 'super steady OIS', which Samsung claims is better than the image stabilization on the Galaxy S10 series.

On the other hand, the Galaxy Note 10 Lite's camera doesn't have optical image stabilization and relies on Electronic Image Stabilization (EIS) instead. OIS goes a long way towards stabilizing otherwise shaky shots as it physically minimizes the lens' movement. EIS isn't bad, strictly speaking, but isn't as good as OIS when it comes to reducing shakes. Both devices feature the same 32 MP selfie camera, so there isn't much of a difference in that regard.

It is clear that both the devices' rather sudden release was because Samsung didn't want to muddy the Galaxy S20 hype by releasing two mid-rangers alongside it. The Galaxy S10 Lite is priced at Rs 39,999 ($562) for the 8 GB RAM and 128 GB storage variant, while the Galaxy Note 10 Lite bearing identical specs retails at Rs 40,999 ($575). The price difference between the two is practically negligible and it is fairly obvious as to which device is a better choice.

Based on the specifications alone, it is clear that the Galaxy S10 Lite is the better device of the lot. Not only does it run a newer Snapdragon 855 SoC, but it also comes with the more impressive camera hardware. All the Galaxy Note 10 Lite brings to the table is an S Pen. It does, however, make for a fairly decent Galaxy Note experience and is an excellent device for people who use their phone as a crude graphic tablet. For everyone else, I'd recommend the Galaxy S10 Lite.

Currently, both phones are only available in India. There is no word about a global launch just yet, but we should expect to hear more about it in the coming weeks. It is also worth noting that the Galaxy Note 10 Lite may not come to the US because of its Exynos chip.