Fallout 76 private servers will soon be much more customizable thanks to Fallout Worlds. This new system will let Fallout 1st subscribers tweak a great number of variables to craft their own Fallout 76 experiences.

With Fallout Worlds, your imagination is the limit when under the sky of your own personal Appalachia. Utilizing a wide list of customizable settings, players can construct C.A.M.P.s in previously restricted areas or even remove the need for electricity to establish a builder’s paradise. Love Fallout 76’s survival mechanics? You can double down on braving Appalachia’s untamed wilds by changing the PVP rules and difficulty settings. And those are but two examples of what’s possible in Fallout Worlds. 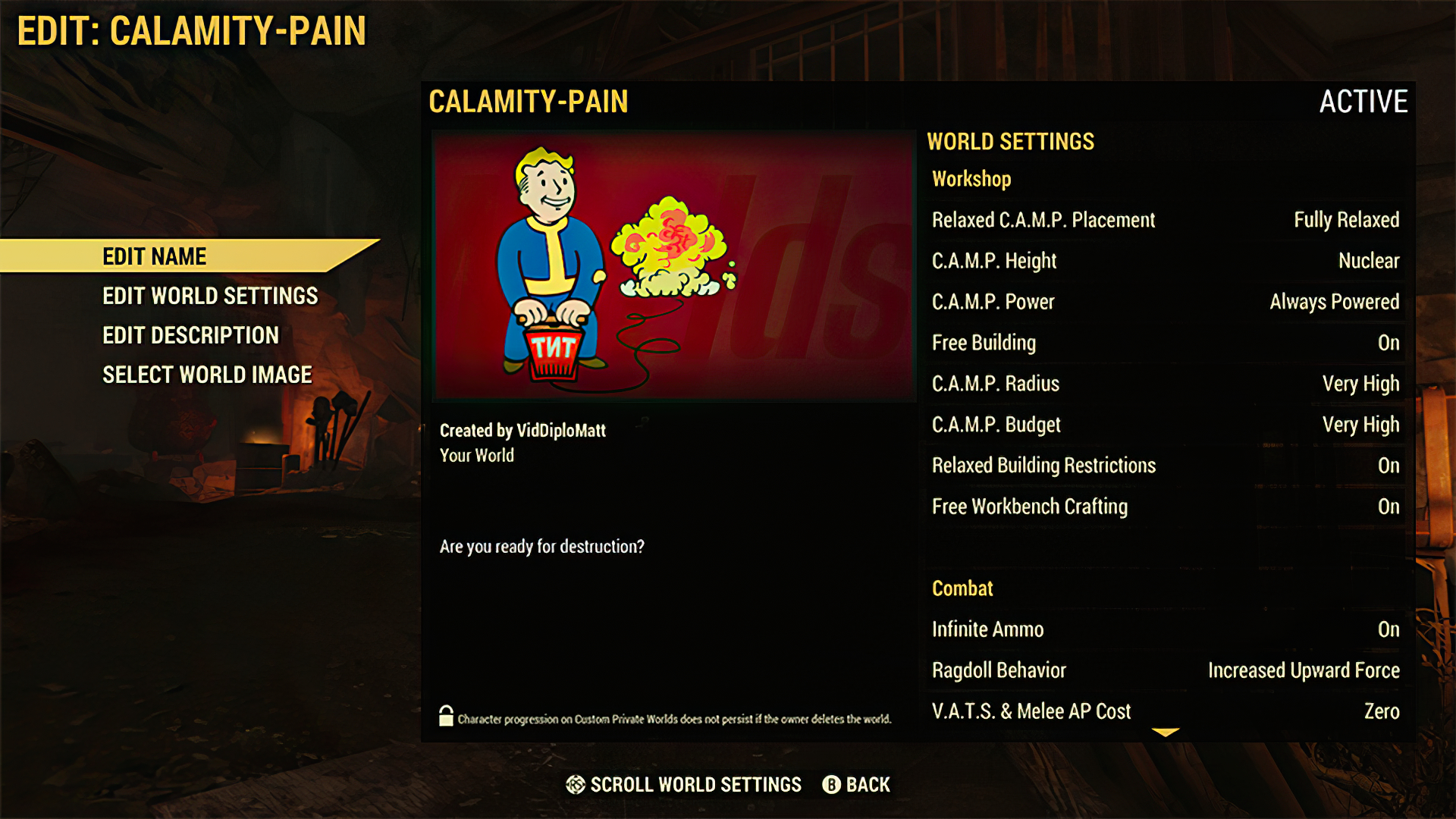 Combine unlimited combat AP and infinite ammo to become a mighty wasteland warrior, configure creature spawns for serious big game hunting, control weather effects such as fog, nuclear radiation, or even Quantum Storms, turn on absurd jumping heights (just remember to turn off fall damage), enable ragdoll physics, change the height limit on settlements...all this and more are yours to play and experiment with as you see fit.
And yes, this list of customization options will continue to expand!

Fallout Worlds will be divided into Custom Worlds and Public Worlds. The former will be available to Fallout 1st subscribers, though they'll be able to invite non-subscribers to join their custom servers. The latter, on the other hand, will be open to everyone; these will be limited-time, custom experiences handcrafted by Bethesda itself. They'll rotate and they won't share progress with the regular Adventure Mode, nor will it be possible to complete challenges or earn scores while playing there. 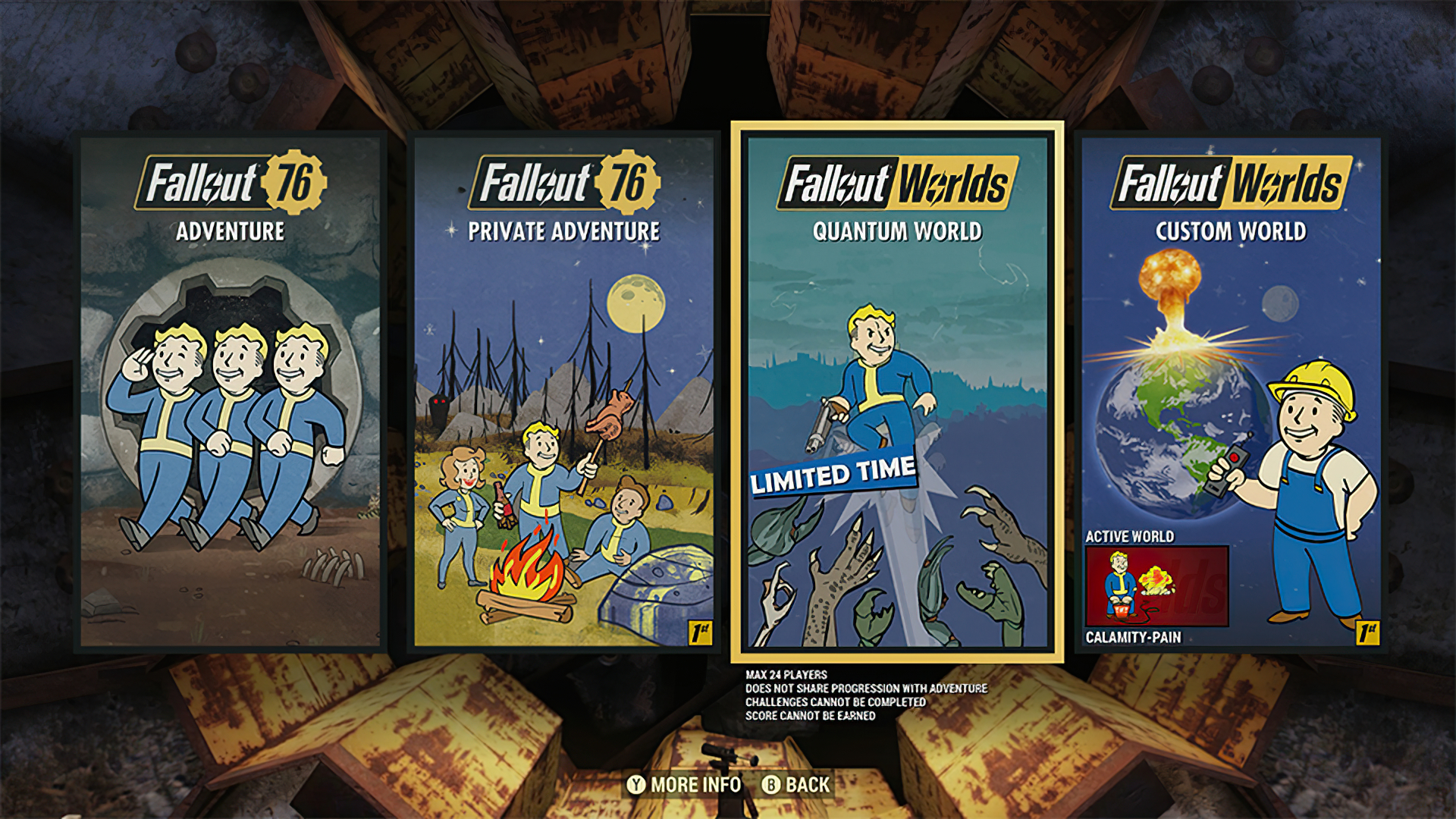 Fallout Worlds is now up for testing on Fallout 76's Public Test Servers. Bethesda is aiming to release the feature in September.

According to the roadmap, later this year players can expect four-star Legendary Weapons and Armor, C.A.M.P. pets, new Public Challenges and Daily Ops, and The Ritual seasonal event.