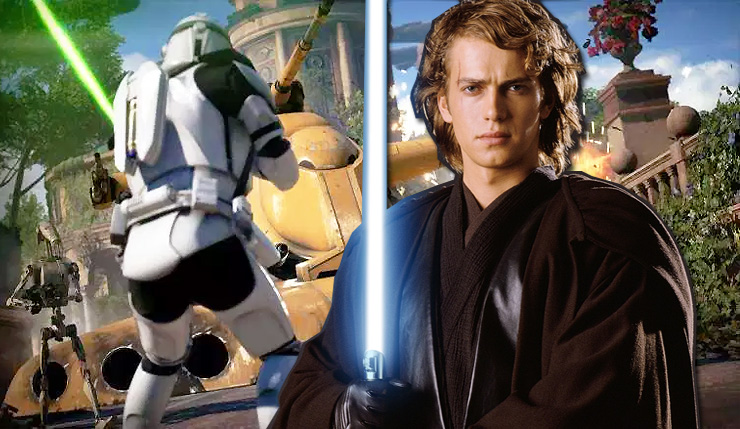 One of the questions posed by investors to Electronic Arts executives during yesterday's FY19 conference call pertained to DICE's Star Wars Battlefront II (2017) and Battlefield V (2018), which have both underperformed in the last two years.

Looking back, EA CEO Andrew Wilson recognized that for SWBFII the blame lied strictly at EA's feet as the notorious missteps on progression and monetization crippled the game with the loot box fiasco. Wilson believes this clouded an otherwise great game that now, with the hard work of the developers, has improved to the point that its community is much more positive about SWBFII.

I think that at the end of the day, we've got to create the right games and no matter what's going on in the marketplace, we have to create great games. I think Star Wars Battlefront II, it's kind of hard to see through the midst of this, but on balance, Battlefront II was a great game.

We made some missteps in the context of progression and monetization, which actually clouded what was otherwise a really great game and with the ongoing commitment to the studio and community, it's now a really strong game with really strong player sentiment and we expect that it will continue to do well.

We should have had that done at launch, but we are a learning organization and we've continued to support that community.

Indeed, over the past year and a half DICE fixed the progression system, overhauled the squad system and added many heroes/villains, maps and modes, as requested by SWBFII fans.

With regards to BFV, however, the EA Boss noted the absence of a BR mode at the game's debut as one of the reasons it performed below expectations.

I think with Battlefield V, we were missing the Battle Royale mode and launch, I think the players really wanted that. That was certainly in the front of mind of a global FPS player community.

Again, we've now launched Firestorm and there was a 60% week-over-week engagement increase and the team continues to be very committed to Battlefield as well. Through all of that, other people are also going to make great games, whether that's Fortnite or it's Red Dead Redemption 2. That's no different for us than it's being certainly for the 20 years I've been at this company, there's always competition. The good news is, of course, there are more and more players across more and more platforms, across more and more business models each and every day and more now than there have ever been.

Are you currently playing any of these two games?