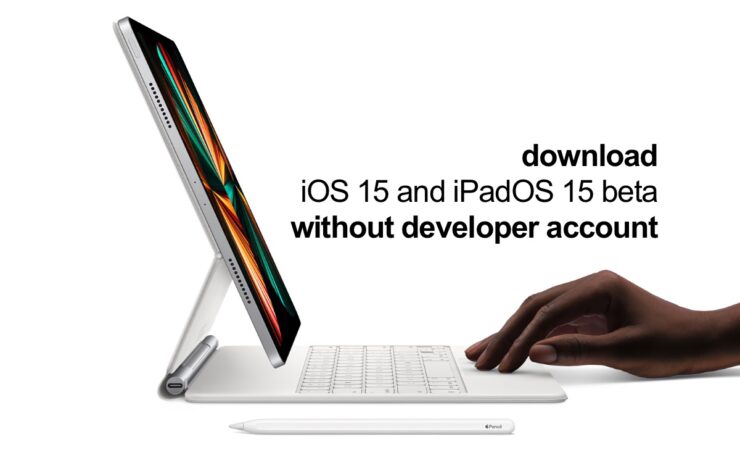 You can download iOS 15 and iPadOS 15 beta updates for iPhone and iPad without a developer account. Here are your options.

You Can Download the iOS 15 and iPadOS 15 Beta on your iPhone and iPad Without a Developer Account Right Now, We will Recommend Waiting for the Public Beta to Arrive

iOS 15 beta and iPadOS 15 beta are out there for everyone to try out. Well, not exactly everyone. As long as you subscribe to Apple's Developer Program, you can download the beta bits and install it onto your compatible iPhone and iPad.

But, what if you do not have a developer account with Apple or simply do not wish to shell out the $99 annual fee in order to test out the beta? You have multiple routes at your disposal which you can use to download and install iOS 15 beta and iPadOS 15 beta onto your device without a developer account.

The first route is the best and official one. It is the Beta Software Program run by Apple itself. It is absolutely free and you can learn more about it by going to: beta.apple.com

Currently, Apple is not providing iOS 15 and iPadOS 15 public betas. Usually, Apple stabilizes the initial release on its end and then lets everyone else try it out whenever it is. Is it worth the wait? Absolutely. Just make sure you sign up for it using your Apple ID ahead of time so you don't hit a snag on the day of release.

Apple says that the public beta will be available for everyone to test out in July.

The second route involves getting hold of the official iOS and iPadOS configuration profile for developers. We have linked to the file in the last sentence, but, keep in mind, you are doing this at your own risk.

We will not recommend this method of download at all. There are tons of things that can go wrong here and we won't be held responsible if something does go south. You are going to take this route at your own risk and we do not endorse it nor recommend it.

It is best that you wait for the beta to stabilize first and becomes available for public beta testers using the Beta Software Program. Whenever it goes live, we will inform our readers about it.

Until then, you have the paid route right in front of you.