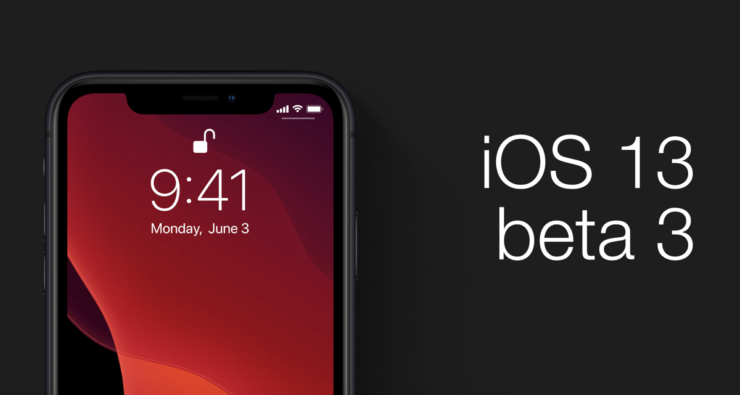 You can download iOS 13 beta 3 or iPadOS 13 beta 3 for both iPhone and iPad, respectively. Here's how you can install it.

Right on cue, Apple has released for download iOS 13 beta 3 and iPadOS 13 beta 3 for all registered iOS developers with a compatible device. If you have one of the previous betas installed on your phone or tablet, then you can grab the newest update over the air in a snap.

In order to download iOS 13 beta 3 / iPadOS 13 beta 3 over the air, first of all make sure that you are connected to a WiFi network. Once that is in the green, make sure you have 50% or more battery on your device. I will suggest keeping your phone or tablet plugged in during the entire process. Then simply navigate to Settings > General > Software Update. Tap on Download and Install as soon as the new beta shows up.

It is highly recommended that you go ahead and download iOS 13 beta 3 / iPadOS 13 beta 3 right now. Why? Because this release focuses big time on fixing bugs and performance related issues. And there's also a chance that Apple might have thrown in some cosmetic changes here and there in order to add some polish to what is already in the OS.

If you are going to download iOS 13 beta 3 or iPadOS 13 beta 3 for the first time, then you can start by checking out the links below. There is everything there to help you get started, including the devices which are compatible with the newly released beta and a method to download the update without a developer account. Although the new update will be available to public beta testers for free, do keep in mind that developers get first dibs to the software releases whenever they come out, while the public beta testers get in on the action a day later.