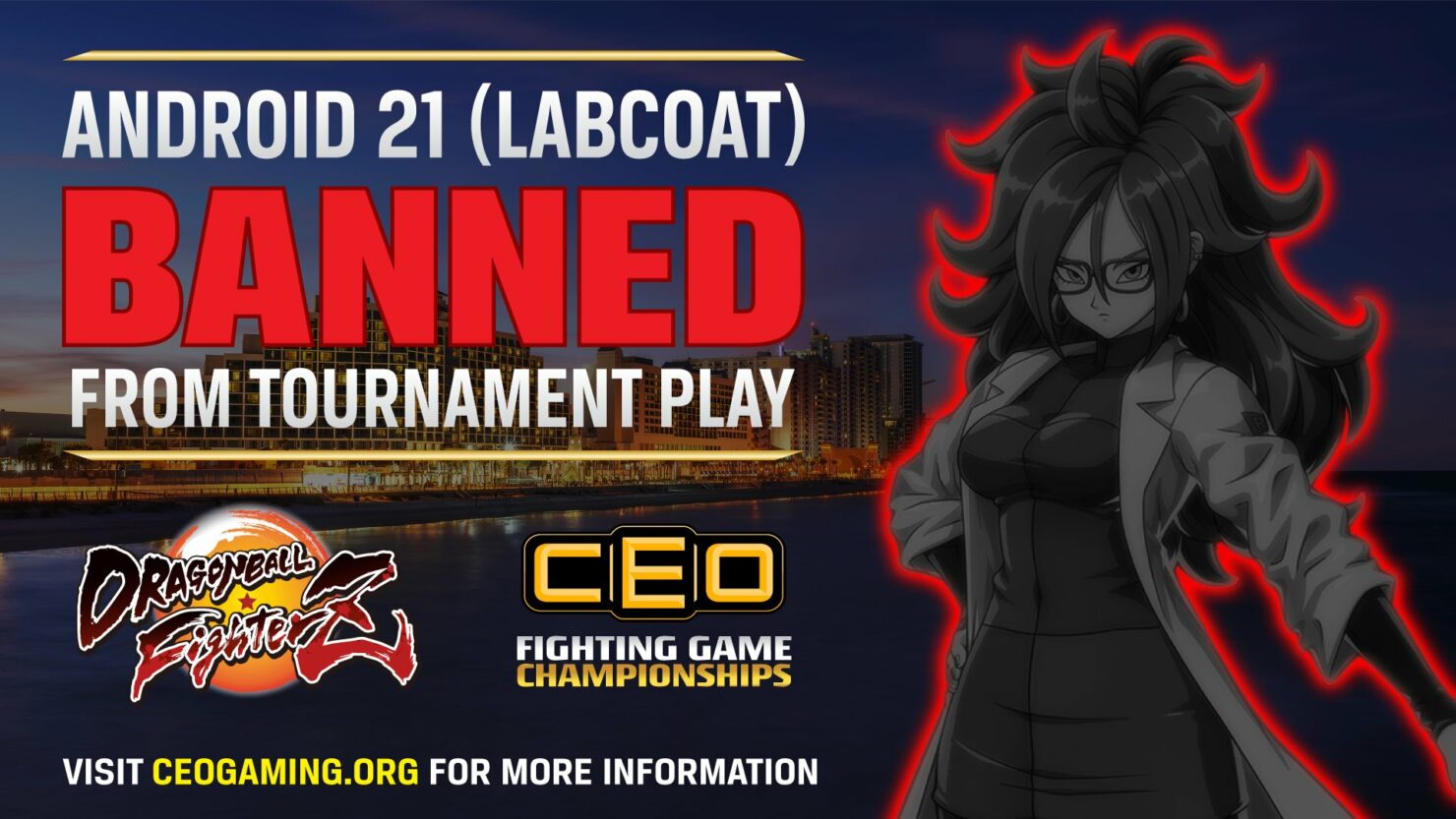 Combo Breaker 2022 came and went last weekend, with lots of highlights and high-level gameplay for fighting games. Over the course of that weekend, thousands gathered to compete in tournaments for games like Guilty Gear Strive, Dragon Ball FighterZ (DBFZ), Tekken 7, and Skullgirls 2nd Encore, to name some.

One of those games, DBFZ, was streamed live on Tampa Never Sleeps’ Twitch channel on Sunday. Let’s preface this by saying that obviously, characters aren’t designed as 1:1 clones of each other, and that stronger characters will be picked over others for competitive viability. That said, let’s talk about Dragon Ball on Sunday, but you can watch the top 8 below (credit: Tampa Never Sleeps’ YouTube channel).

During the finals, there’s one character that was picked the absolute most, with every player in the top 8 picking this character except for one. That character is Android 21 (Lab Coat), a bonus DLC character designed off of Android 21’s alternate form in the Story Mode. As for what exactly happened, Lab Coat 21 was picked by seven of the top 8 players that made it to the end.

One tournament organizer, named Alex Jebailey, earlier today, had decided that enough is enough, and subsequently banned her from being used at the upcoming Community Effort Orlando (CEO) 2022 (taking place in the middle of June). For the record, CEO 2022 is essentially like a major tournament for most fighting games. You can view CEO Gaming’s announcement tweet below.

After a formal review with the CEO Board of Directors (@jebailey
& the entire DBFZ Community), we have decided to Ban Lab Coat 21 from #CEO2022's tournament play.

As of today all of our tournament rules have been updated here: https://t.co/HEK4h2Sh8Ehttps://t.co/AuUI0z2F5G pic.twitter.com/gQ9AVuich9

So, why the call to ban the character from CEO 2022? Well, Lab Coat 21’s big issues lie in the fact that, for one bar of super, she can command grab the opponent, and cut their damage output by just over 1/5th (21% to be exact), while subsequently buffing her own special move damage by the same ratio. This in itself is extremely problematic, and ultimately makes DBFZ matches take much longer due to the damage reduction, never mind that setting up said command grab is very easy.

She also has other net problems, like already high damage without the buff, some of the easiest rejumps in the game, six low attacks (when most characters have one or two), and the ability to continue combos (not end them) from off of the ground for just half of a bar (a trait that only one other character has, being Zamasu, but he spends a full meter for it).

Anyways, if you take a look at a site like EventHubs, which marks these results down for major tournaments, you’ll find that in the DBFZ tournament, the problem extended to even below top 8, where, in top 48, about 33 of the players were using her on their teams.

Something of note is that Bandai Namco decided to announce an update that will address her balance, alongside other characters, but for the time being, the very broken state that Lab Coat 21 is in is what players have and will subsequently need to deal with.

One humorous note that only exacerbates the problem is that nearly two and a half years ago, at EVO Japan 2020, Tekken 7 was one of the main stage games, and the new DLC character, Leroy Smith, had six players representing him in Top 8 and led to multiple patches centered on nerfing him and the character released after him, Fahkumram.

Ultimately, going back to Dragon Ball FighterZ, the game is in a bit of a dire state regarding balance, and hopefully, that patch aimed at adjusting Lab Coat 21’s balance will come soon. If not, then I wouldn’t be surprised to see Lab Coat 21 banned at the upcoming EVO 2022 in August. Dragon Ball FighterZ is available now on PlayStation 4, Xbox One, Nintendo Switch, and PC via Steam.