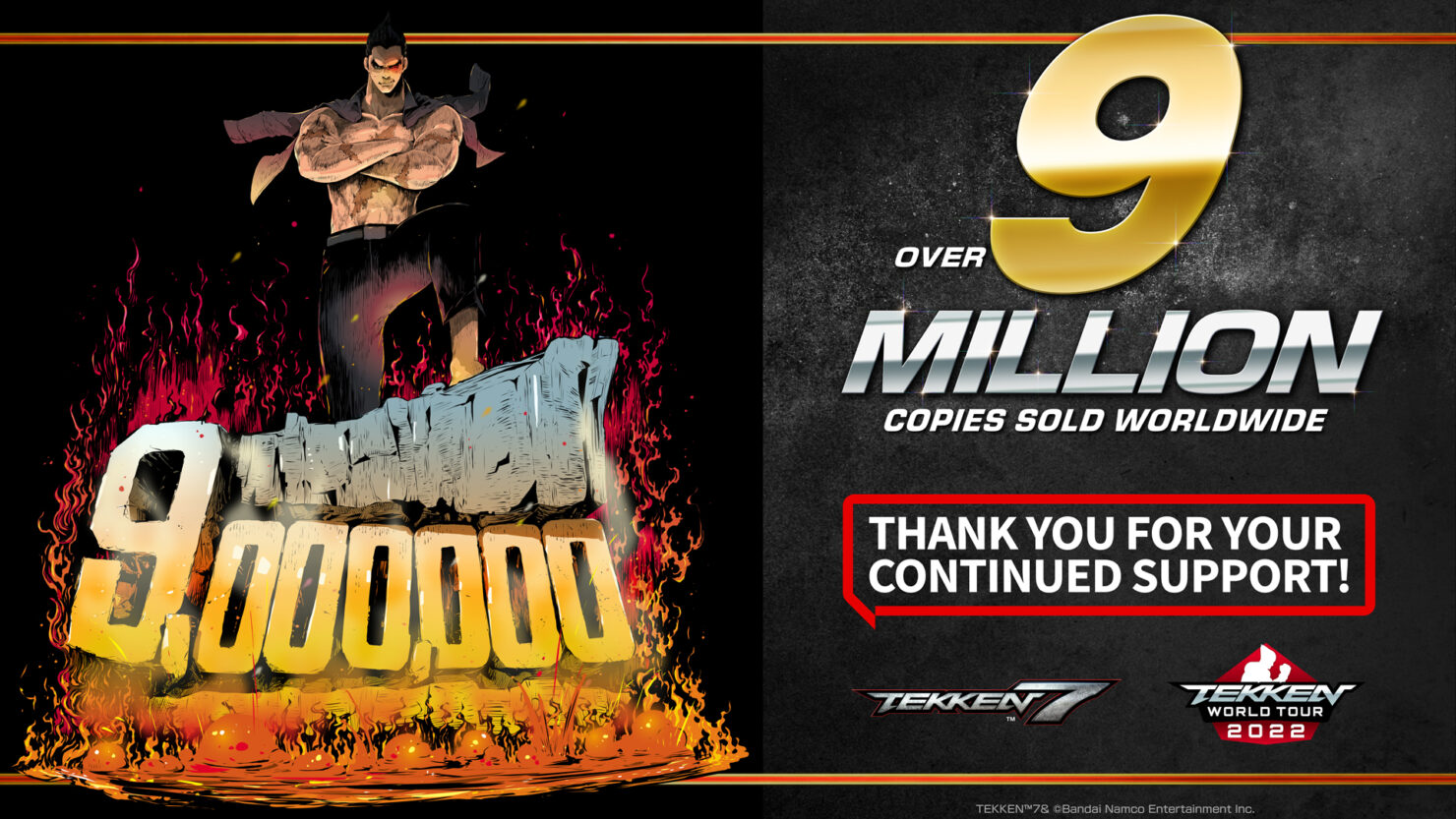 Tekken 7’s been out for half a decade on consoles (it’s been five years already?). In reality, the seventh installment of Namco’s best-selling fighting game series is seven years old (funny how that works) if we include the arcade versions. With tons of updates, lots of new characters, and a metric truckload of DLC added over its lifespan, the game’s hit a sales milestone.

This comes in the form of an update tweet from series producer Katsuhiro Harada on Twitter, who said that the game’s home version has surpassed nine million total unit sales. You can read that announcement tweet below.

"TEKKEN7" had achieved Over 9 million sales (The highest record in the series).
and Recorded Over 53 million copies sales for the series.

Another milestone of note for Namco relates more to the Tekken series as a whole. Since the first game’s home console release in late 1995, Tekken as a series has pushed 53 million total units sold (which is also shown above). The last sales update was back in November 2021, when eight million copies of Tekken 7 were sold (you can view that below).

Continue the celebration with the release of TEKKEN 7 Definitive Edition and Originals Edition!
Order: https://t.co/59hhoDvpsJ

A special thanks to everyone for your continued support ❤️ pic.twitter.com/ygqQCBe5Y1

It’s kind of humorous that they’re both celebrating the milestone, and in the very same breath, advertising their (frankly) overpriced Definitive and Originals Editions for Tekken 7. A small bit of context on that; Tekken 7 launched the game’s Definitive Edition at $109.99 for the game and all four seasons of content. For comparison, Street Fighter V has all five seasons available with the base game for $59.99, a much lower price tag.

Either way, the series hitting these milestones and talking about it could very well mean that an announcement of sorts could be coming, but whether that comes to fruition, we don’t know yet. Tekken 7 is available now on PlayStation 4, Xbox One, and PC via Steam. In other fighting game news, DNF Duel's latest trailer shows off the game's online features that will be available once the game launches on June 28.