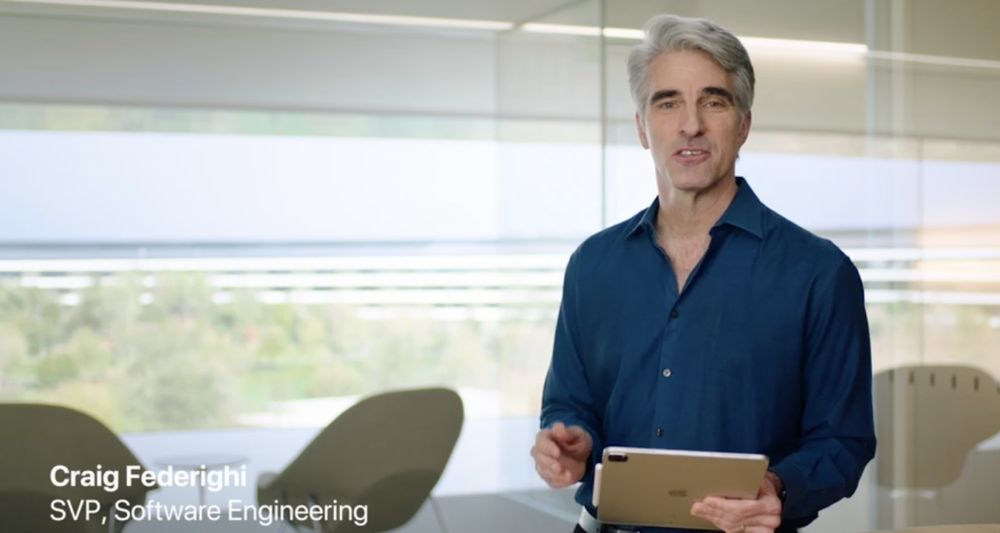 A new video has surfaced online in which Apple's Senior Vice President of Software Engineering walks us all through the new iPad Pro and Magic Keyboard.

Apple unleashed the new iPad Pro to the world today and it packs a lot of changes that were unclear in the earlier leaks. The thing that caught everyone off-guard was the new Magic Keyboard with a built-in trackpad that takes the existing mouse support in iPadOS to the next level. Since Apple didn't have a dedicated event to show off its new hardware, therefore Craig Federighi shared a video with The Verge in which he walks us through the new, enhanced mouse support in iPadOS 13.4 on the new iPad Pro and Magic Keyboard.

In iPadOS 13.4, Apple is enhancing the 'mouse pointer' that you see on the display and it resembles a touch point more than it previously did. When you hover above elements that can be interacted with, such as a toggle switch, the entire pointer transforms into the shape of the button. According to Craig, the mouse support is tailor-made for a device whose primary input method is touch something which the iPad obviously is. Apple didn't just bring a desktop-like pointer to the iPad and called it a day. If you were hoping for a real-deal pointer like on macOS, then you are going to be disappointed here.

The built-in trackpad on the Magic Keyboard does a lot of cool things. You can swipe up using three fingers to go back to the home screen. You can swipe across with fingers to switch between apps and a whole lot more. Essentially, you can skip interacting with the display entirely with the trackpad and use the iPad like a regular laptop, something which Apple totally wants you to do if you are not up for touching the display of the iPad.

I highly recommend that you check out the video over at The Verge that highlight some key features of the new Magic Keyboard. I wasn't a huge fan of the keyboard at first but now that I have seen it in action, Apple might actually be onto something here.