The most interesting tidbits come from CAPCOM's outlook for the next fiscal year, though. The Japanese company is planning to break further records with estimated sales of 37 million units, of which 30 million would take place outside of Japan. CAPCOM is expecting to sell 27 million units with catalog games and 10 million units with new games, which brings us to the next slide, where the company reveals plans to release multiple major games in the fiscal year 2023 (due to end in March 2023). 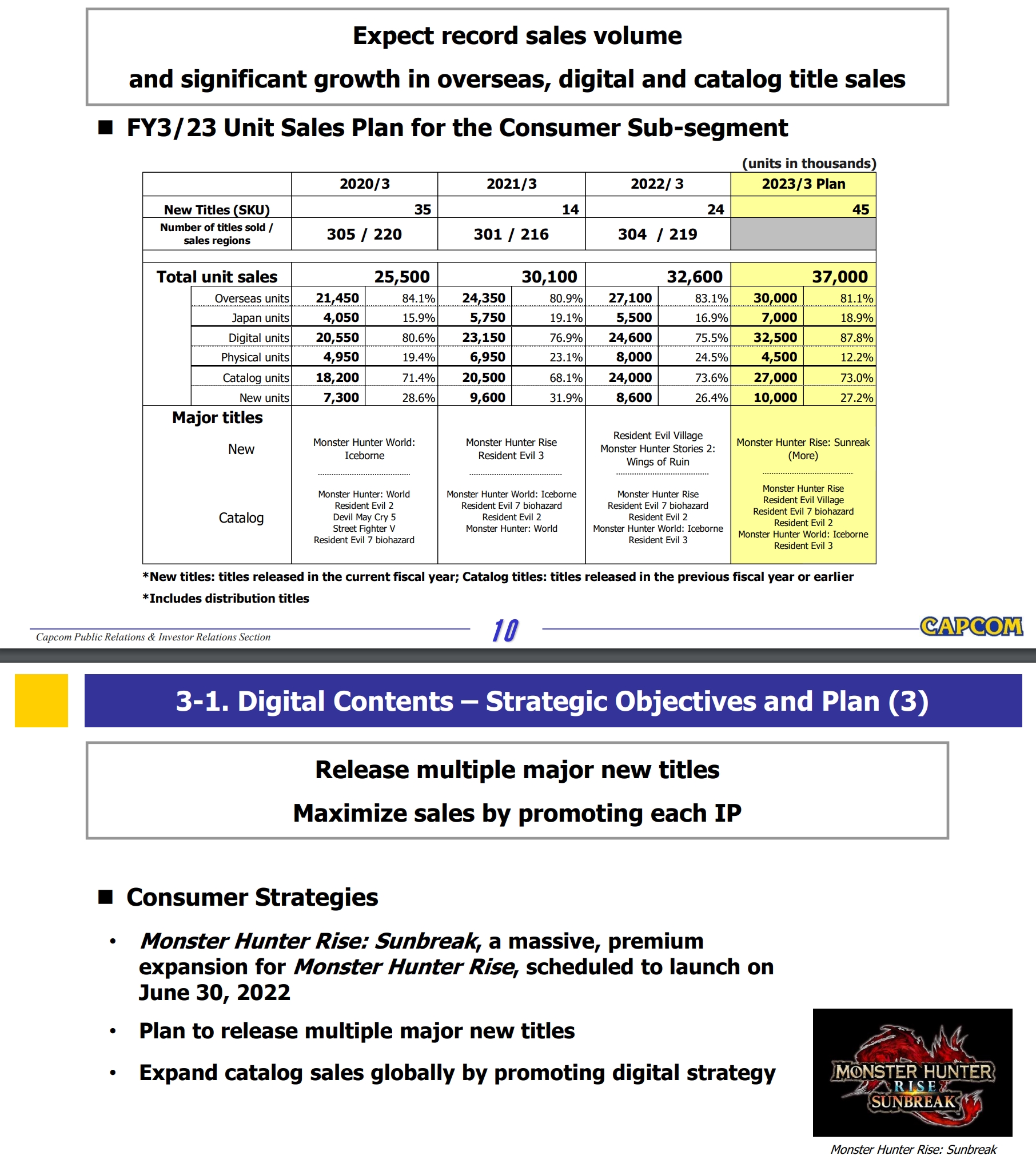 None of these can be considered major new titles, though. That moniker seems far more appropriate for the co-op dinosaur action game Exoprimal and the mysterious Pragmata, set in a dystopian near-future on Earth’s Moon.

There's also the possibility that CAPCOM may release the highly anticipated (but still unconfirmed) Dragon's Dogma sequel in the fiscal year 2023. Hideaki Itsuno teased on December 31st that his next project was progressing well, so here's hoping we'll get an official announcement fairly soon.