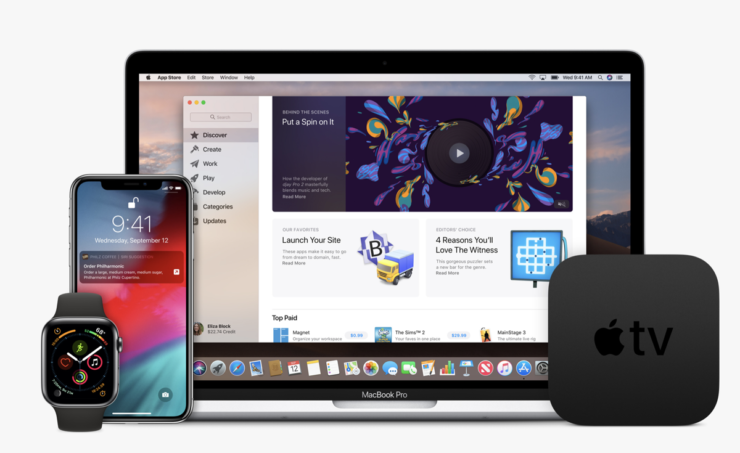 Apple has just released the fourth beta of iOS 12.1, watchOS 5.1 and tvOS 12.1 to registered developers. We'll show you how you can update.

Those enrolled in Apple's Developer Program know that the company is hard at work forging its next big software update for mobile devices including the iPhone, iPad, iPod touch, Apple Watch and Apple TV. Today, the company has released beta 4 of those updates and registered developers and go ahead and grab the update over the air right away.

If you have a previous beta of iOS 12.1 installed then downloading beta 4 is a piece of cake. Just connect to WiFi, make sure you have more than 50% battery remaining and then navigate to Settings > General > Software Update to get the update.

watchOS 5.1 testers can do the same - just place your Apple Watch on the magnetic charger, connect to WiFi then download the update from Watch > General > Software Update from your iPhone.

Last but not the least, tvOS 12.1 beta 4 can be downloaded from Settings > System > Software Update on the Apple TV 4 or Apple TV 4K, depending on which device you have a previous beta installed on.

In case you're wondering, this is a bug fix release for all testers out there therefore do not expect any visual changes at all. If you rely on your test device for day to day tasks then it's best to update right away rather than later in order to keep things ticking along nicely.

However, if Apple has managed to pack in a surprise in any of the updates that were released today then we will, as usual, highlight them here, so stay tuned for more.

Barring watchOS 5.1, you can download iOS 12.1, macOS 10.14.1 and tvOS 12.1 absolutely free and try it out by signing up to Apple's Beta Software Program. You can learn more about it by going over to this link. Or, if you're in a real rush, you may just head over to beta.apple.com using the device on which you wish to try out the latest beta. It's free, it's harmless and it takes only a couple of minutes to sign up. The update will be delivered to you over the air once everything is done.