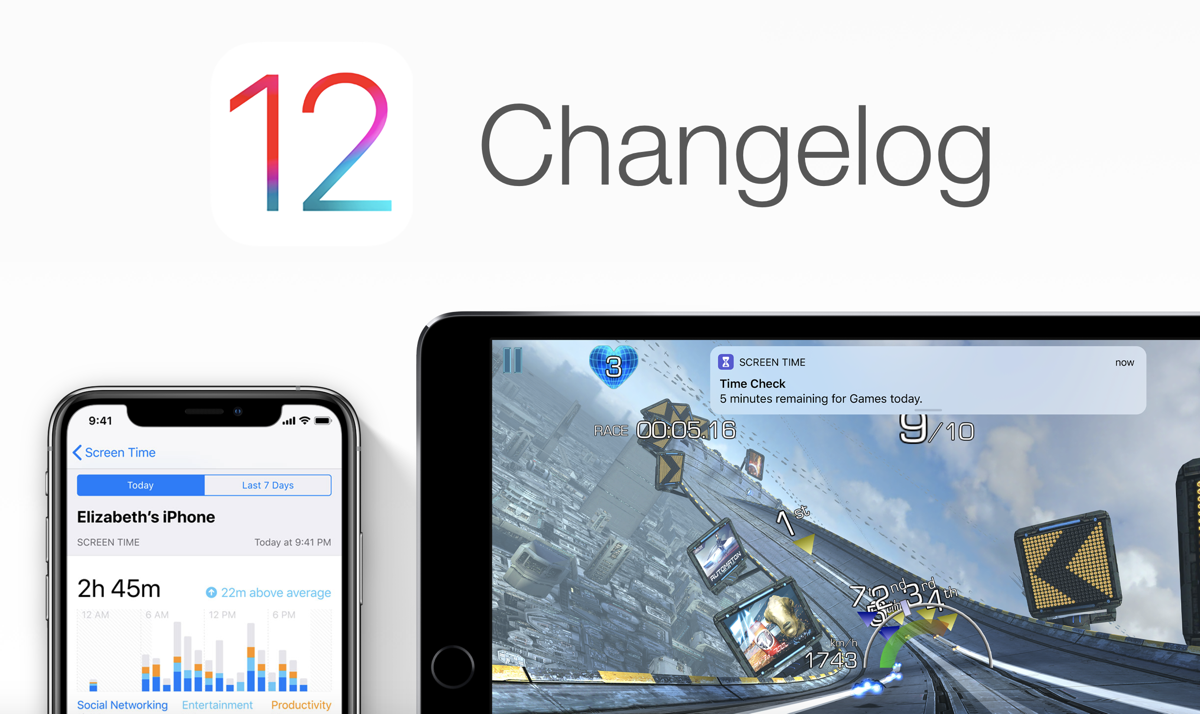 Today's the day Apple released iOS 12 and we're certain many of you out there are as excited as we are. Apart from the obvious features that are listed on Apple's website (which you can check out here) there are certain things that you will find in the iOS 12 changelog only. So, if you're curious to know what the new firmware brings with it before you even install it, then have a look at the iOS 12 changelog below:

New features are great and all, but personally I'm more psyched about the performance enhancements Apple has thrown in this time around. I've been using the iOS 12 GM build for quite a while now since it came out and it has really breathed a sigh of fresh air into my iPhone X, iPhone 8 Plus, iPhone 6 as well as iPad Pro 10.5-inch.

All of the above devices were showing some signs of stutter on the last build of iOS 11, which happens to be 11.4.1. But with iOS 12, all of that was gone in an instant. Here's the interesting thing: this time I went with the over the air method of installing the update because that is a real test of the firmware as it keeps your previous settings in place while installing new underlying software. That alone can cause problems for a lot of people. But I'm happy to report that iOS 12 has no performance related issues whatsoever and devices as old as iPhone 5s feel way better than before.

Apart from the performance related improvements, there are other great features too such as Memoji that allows you to turn yourself into an emoji so you can share your wonderful little creation with other using iMessage. But the fun doesn't end there: augmented reality is far better than before this time around too so you can expect some insane games as developers start to update their software in the time to come.

If you are interested in installing iOS 12 right now then we have all the links for it below. If, for any reason, you feel like downgrading back to iOS 11.4.1, you can do that as well, the guide for which is linked below too: