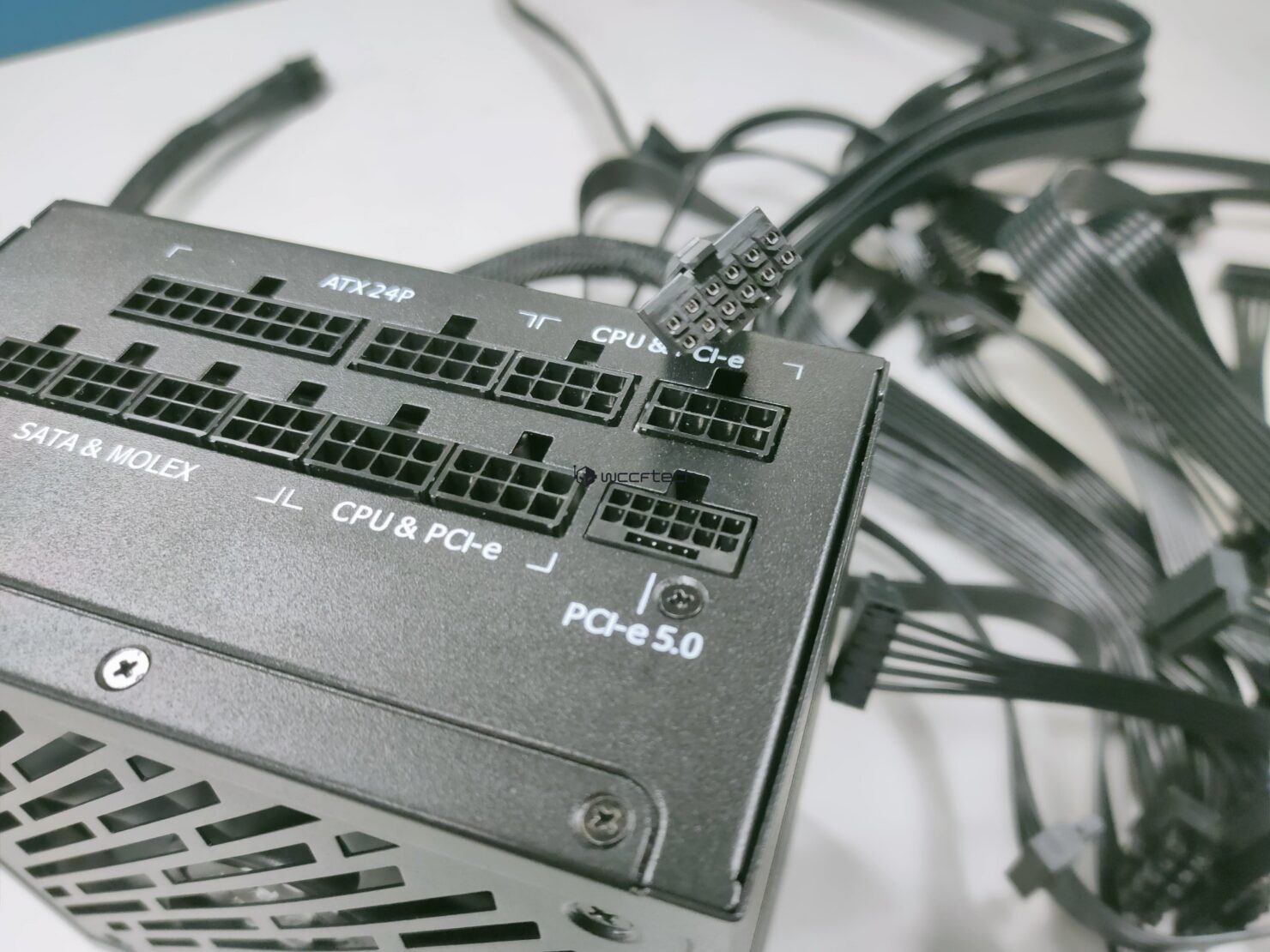 Yesterday, Twitter user @momomo_us revealed pictures and content that delved further into the PCIe Gen 5.0 connector standard. PCI Express Gen 5 has continually shown a considerable debate with varying manufacturers on how the technology is explained simpler for consumers but eventually becomes confusing. With the recently leaked photos showcasing the ATX PCI Express connectivity utilizing Gen 5 connectors, we are getting more insight into the upcoming technology.

First, the pictures show the various labeling for varying power levels for the PCIe 12VHPWR Auxiliary Power Connector Pin Assignment (also known as PCIe 5.0). The top photo shows four identical cables, except for the labeling, which ranges between 150W, 300W, 450W, and 600W.

From our previous coverage of MSI's, ASUS's, Cooler Master's, and Gigabyte's PCIe 5.0 advertising confusion for the new connectors, we know that the highest power consumption value delivered from PCIe Gen 5 is 600W. This picture verifies the values more clearly. 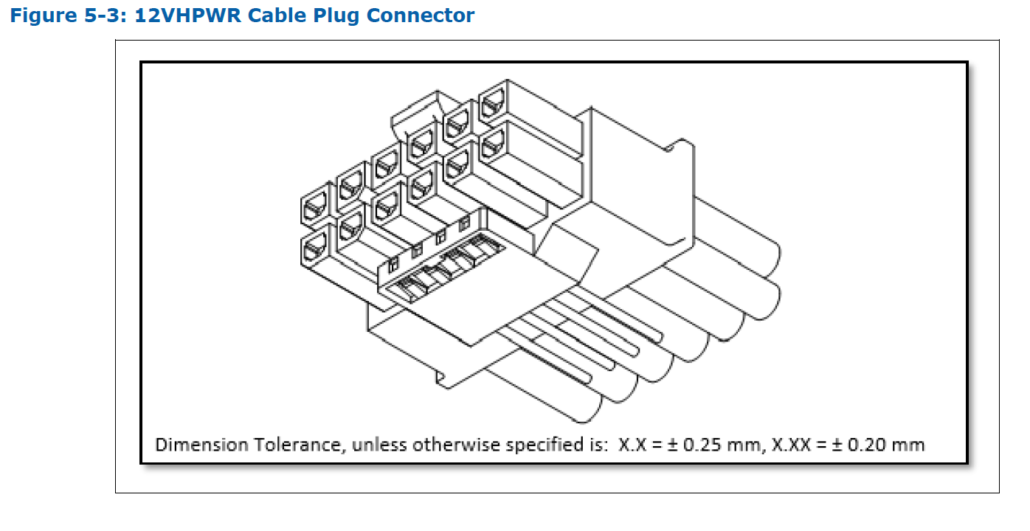 A diagram showing the PCIe Gen 5 12-pin connection with the 4-pin data connection below is underneath the photo. Readers will remember that the 12 pins are the area on the cable that delivers power. The additional four pins provide data information to the devices for utilization in displays, memory, and much more. 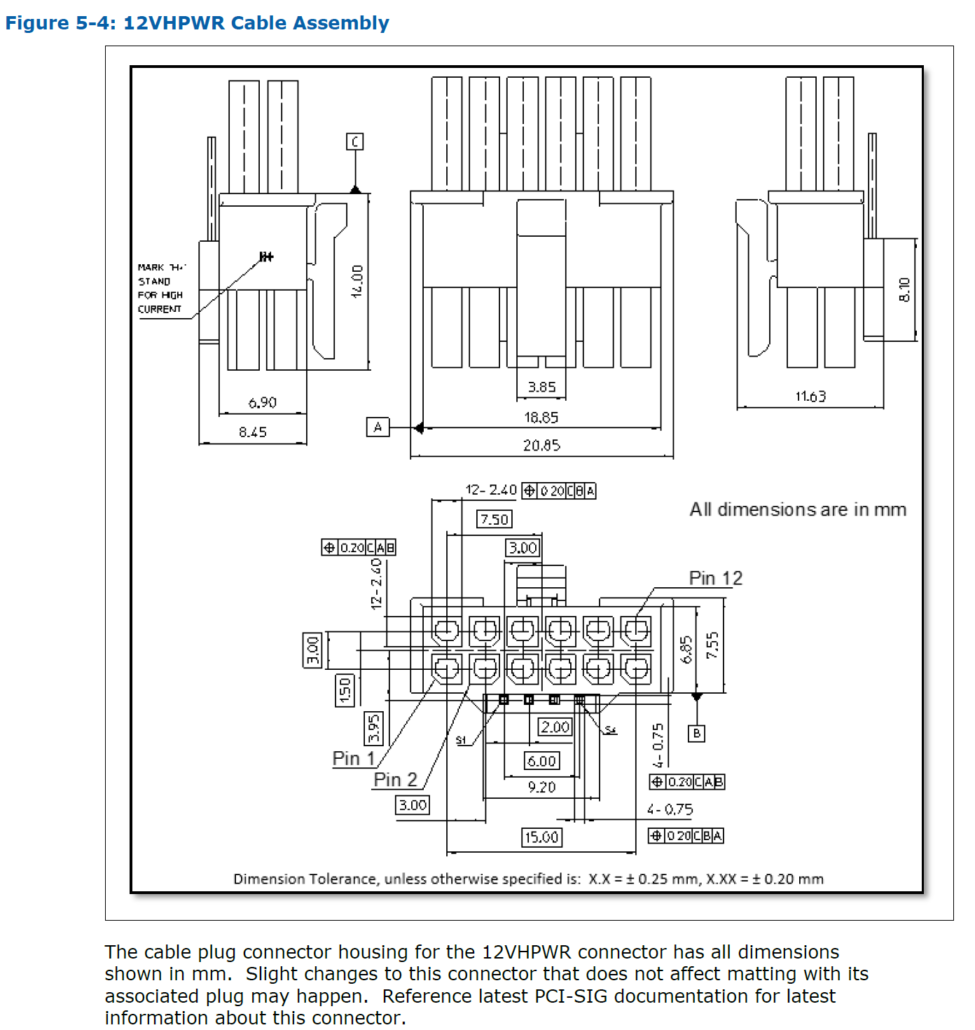 We see a complete breakdown of the PCIe Gen 5 12VHPWR connector following the first diagram. The pin contact material is a copper alloy, and the plating is tin on the contact area. The housing material uses thermoplastic glass fibers (UL94V-0).

Finally, we see the last leaked photo from the ATX 3.0 design guide that explains the auxiliary power connector's use in the system.

The connector performance requirements are as follows:

It is now more apparent that the system is capped at 600W and not higher due to excessive heat from the throughput of consumption. Also, manufacturers utilizing the data provided should refer to the cable as a "12VHPWR connection" or "PCIe Gen 5 connection" without confusing both the company and consumers alike.