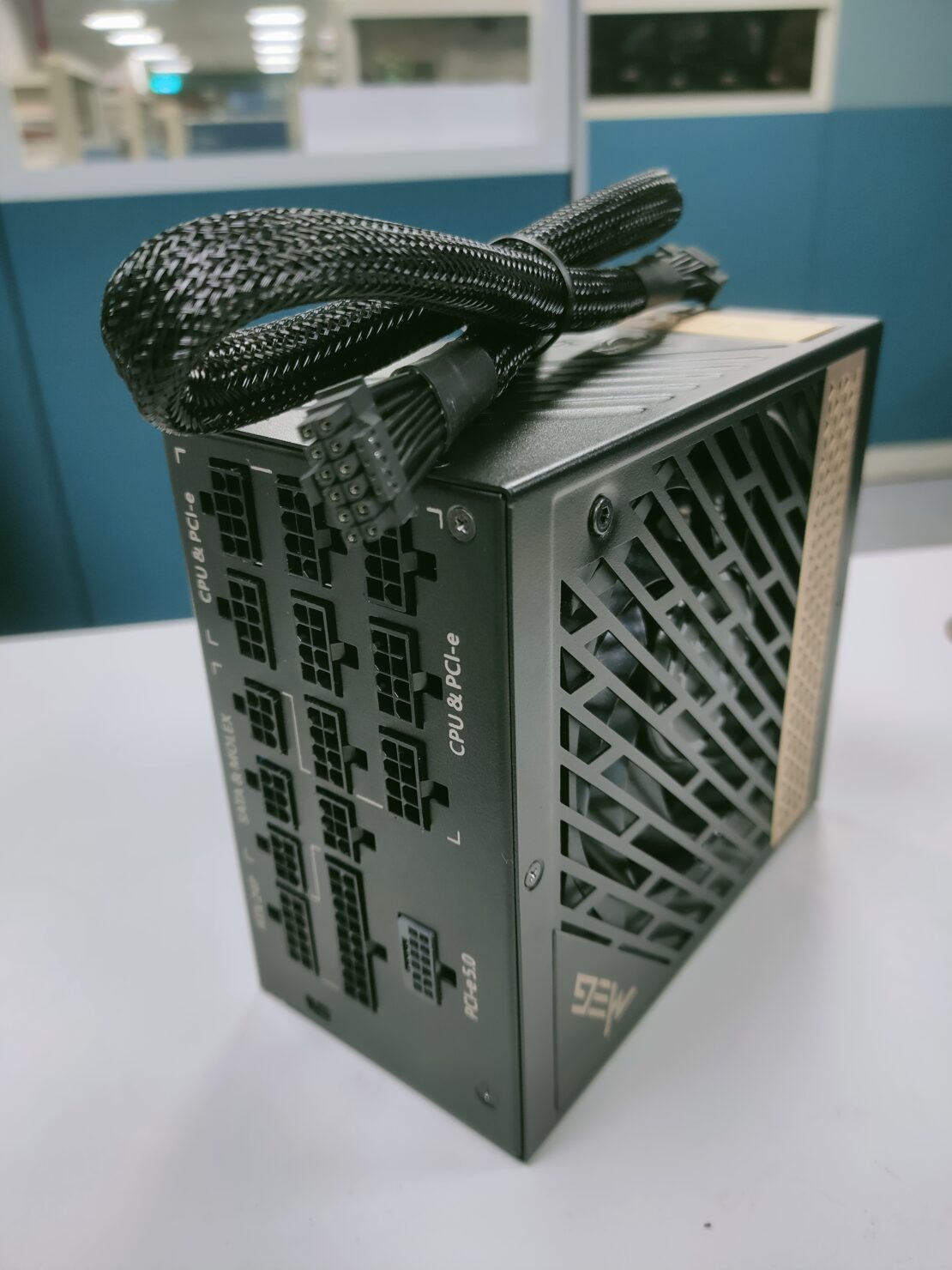 MSI's next-generation MEG & MPG Series PSUs featuring the PCIe Gen 5 connectors & up to 1300W Platinum SKUs have been pictured in detail. The new power supplies will be fully compliant with the next generation of GPUs that will be coming later this year.

Back in 2020, MSI was amongst the first manufacturers to unveil its MPG GF series PSUs which came bundled with the 12-pin Micro-Fit 3.0 power adapter for NVIDIA's GeForce RTX 30 series Founders Edition graphics cards. The manufacturer also recently unveiled its flagship MPG PSU, A1000G, which is an 80 Plus Gold Certified Unit. But MSI isn't stopping at just MPG series but will also unveil its MEG series lineup this year.

Our sources provided us pictures of the latest MSI MEG & MPG lineup which is planned for full unveil this year. The lineup includes two brand new MSI MEG 80 Plus Platinum and three MPG 80 Plus Gold certified power supply units. The MSI MEG PSU lineup will include a 1300W & a 1000W unit which will be based on the new MSI G.I Engine to run the most power-hungry CPU and GPU combinations. The MSI MPG PSU lineup on the other hand is aimed at high-end PCs with 1000W, 850W, and 750W SKUs. The lineup would include the following:

The most important thing to note here is that all of these are fully PCIe Gen 5 compliant which means they come with both a proper PCIe Gen 5 connector on the PSU unit and also come with necessary PCIe Gen 5 cables. From the details we were able to gather, the MSI MEG & MPG line comes bundled with both a 12+4 pin to 12+4 pin cable and a 2x 8-pin to 1x 12+4 pin adapter cable, making sure that you are ready for the next-generation PCIe Gen 5 compatible graphics cards that will be launching throughout 2022.

We also got to see some pre-production samples of the MSI MEG & MPG series PSUs. The MEG series comes with a stylish design and a gold accent plate which is a renowned feature of the MEG lineup. The PCIe Gen 5.0 (12+4) pin connector and the cable can be seen clearly in the pictures. The connector stands out from the rest of the connections that the PSU has to offer. The same is true for MSI's MPG V2 lineup which features a PCIe Gen 5 connector on the PSU. Do note that the MPG A1000G doesn't feature a PCIe Gen 5 connector nor a new PCIe Gen 5 adapter cable as mentioned above whereas the MPG V2 series comes with both the connector and cables.

A single 16-pin power connector that can supply up to 600 Watts of power to the card. You can see that the connector is rated for 600W power delivery is PCIe Gen 5.0 compatible & not designed for legacy PCIe Gen 2 or Gen 3 cards.

This truly puts MSI's PSU lineup as one of the earliest to fully support the new PCIe Gen 5 interface. Currently, there's no word on pricing or availability but more details are expected to be announced by the second quarter of 2022.