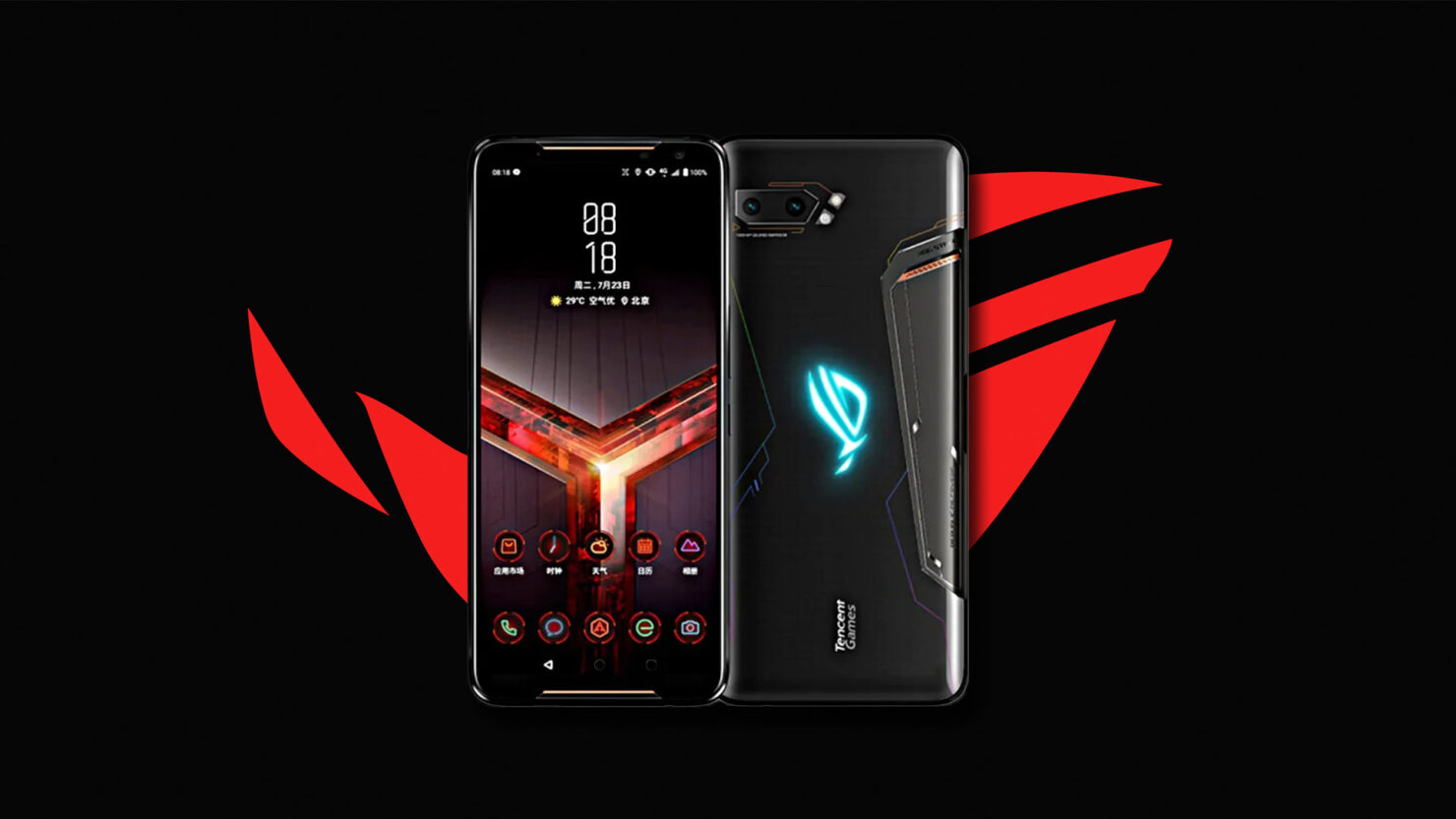 ASUS has pretty much revealed to us through its mini-teaser that its ROG Phone 3 will be arriving on July 22. That’s the same date when the Lenovo Legion gaming smartphone will be showcased to the public. Of course, by now, you’ll well aware of the ROG Phone 3’s specifications, but if you wanted more confirmation, a Taiwanese certification has provided more details, so let us dive right into them shall we?

According to Taiwan’s NCC certification, the model number of the ROG Phone 3 is listed as ASUS_I003D and it’s expected to arrive with the A299-200150U-US 30W fast charging adapter. The battery listed is a 6000mAh unit, though previously, TENAA listed the capacity as 5800mAh. Do keep in mind that the ‘6000mAh’ figure is its typical value. There’s no mention of wireless charging arriving for the ROG Phone 3, which most likely means that the feature isn’t going to be present. 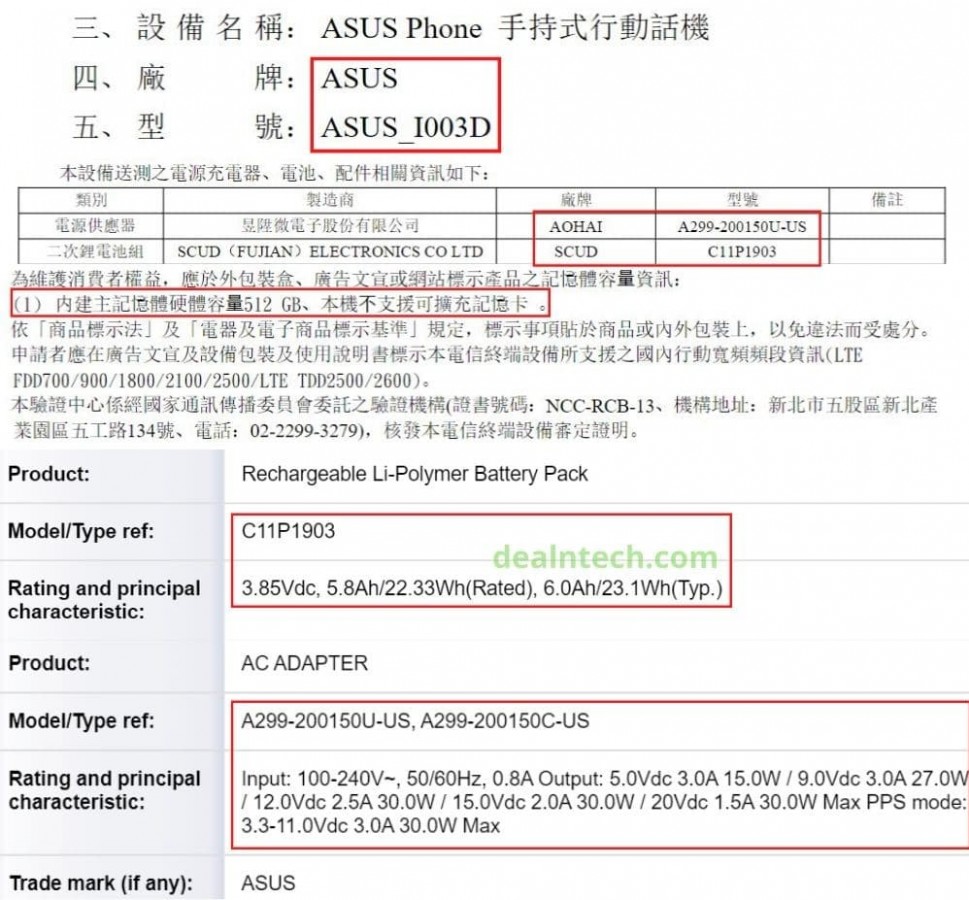 However, there are other additions to look forward to, such as the Snapdragon 865 Plus, which is the fastest mobile silicon for Android flagships and apart from sporting faster CPU and GPU clock speeds, Qualcomm was also kind enough to incorporate a few extras in it as well. The ROG Phone 3 is expected to ship with 16GB of LPDDR5 RAM, along with 512GB of UFS storage, a detail that was also listed in the latest certification. There’s no telling if this storage will be expandable, but let us be honest, with this much internal memory, you won’t need a microSD card slot. 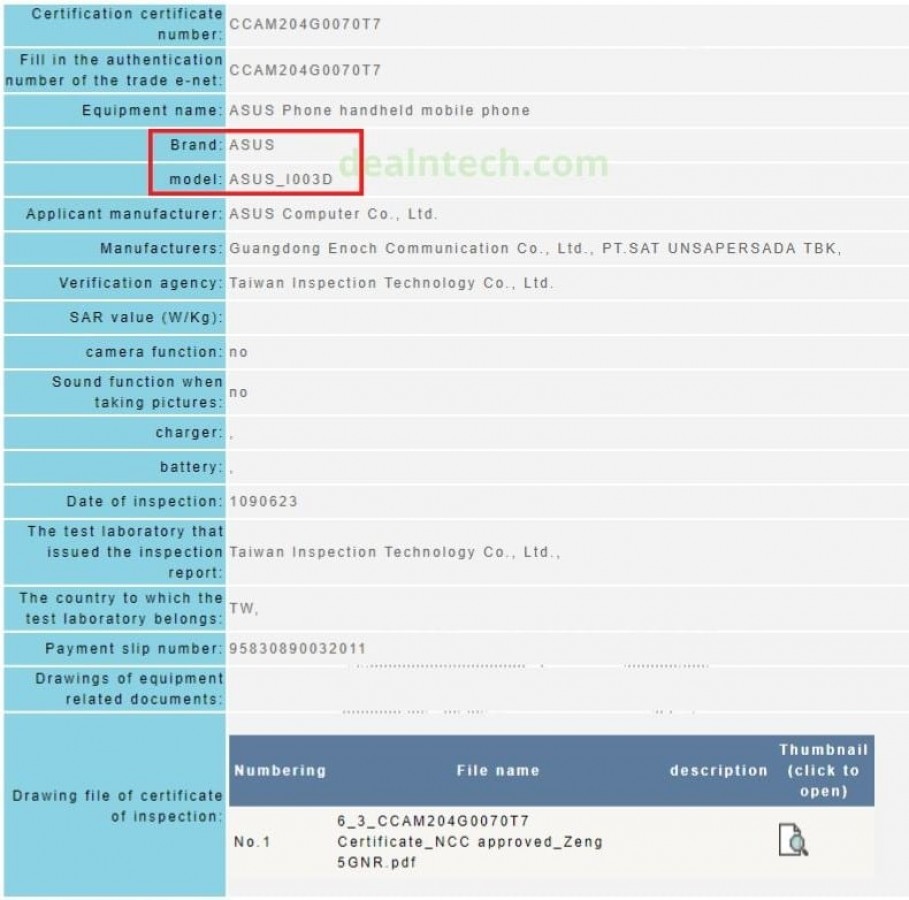 Earlier, the design of the ROG Phone 3 leaked, showing that the upcoming gaming smartphone will sport a subtle look when compared to its predecessor, the ROG Phone 2 but it will still exhibit that ‘gamer’ aesthetic. The ROG Phone 3 is also expected to get four cameras in total; three at the back and one at the front. We’re certain that there are a lot of specifications that haven’t leaked out and all we can say is that we’ll most likely get to know those details at the aforementioned launch date, so stay tuned.