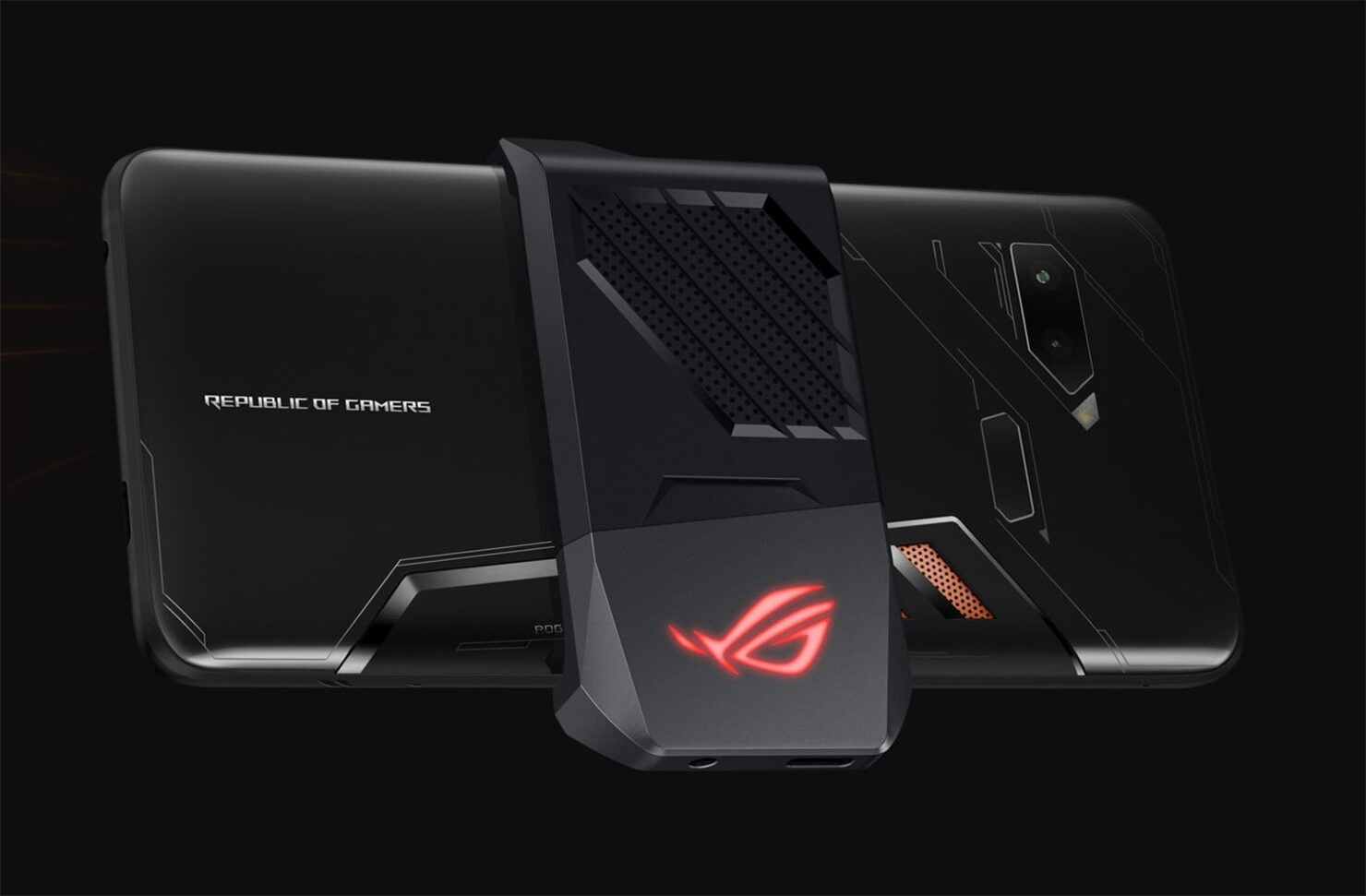 The world’s first Snapdragon 855 Plus-fueled smartphone is here and it's none other than the ASUS ROG Phone II (can also be called the ROG Phone 2). The ROG Phone II picks off and retains the beefy gaming smartphone construction and aesthetic, but there are a significant number of changes under the hood, and you’ll get to find out if you read on.

The ROG Phone II sports a 6.6-inch FHD+ AMOLED screen with a 2340 x 1080 resolution and a 120Hz refresh rate. If the refresh rate isn’t set to 120Hz ‘out of the box’, you’ll have to navigate to the Settings apps and the make the appropriate changes from there. According to ASUS, the new flagship features a 240Hz touch sampling rate, resulting in a touch latency of only 49ms. This is expected to improve fluidity considerably, help with animations and open up apps faster. Also, the new smartphone’s display is protected by Gorilla Glass 6, supports 10-bit HDR, has a 10000:1 contrast ratio and supports 108% of the DCI-P3 color space.

As stated before, the ROG Phone II is underpinned by the powerful Snapdragon 855 Plus and is supplemented by 12GB of LPDDR4X RAM. On top of you that, you get 512GB of UFS 3.0 storage so that visually appealing gaming titles load up much faster (applies to regular apps too). To help with the cooling, ASUS has installed a 3D vapor chamber. Unfortunately, the Snapdragon 855 Plus’ Kryo 485 Gold core is running at 2.96GHz, which is the actual specification of the Prime core. However, Even with this beefy cooling system, we do believe ASUS could have worked closely with Qualcomm to take that frequency even higher.

Not surprisingly, the ASUS ROG Phone II is equipped with a mammoth 6000mAh cell, with the smartphone supporting 30W fast-charging. The Taiwanese manufacturer has employed a bit of flexibility in the gaming flagship as there’s an extra side-port that will allow you to use the device in landscape model while playing games and while also providing it with juice at the same time. As for run time, ASUS claims that users will be able to experience approximately 7.1 hours of immersion while playing PUBG Mobile at 60Hz.

The ROG Phone II comes with a dual-camera setup at the back, which includes a 48MP RGB primary sensor, coupled with a 13MP wide-angle lens with a 125-degree Field-of-view. As for the front, ASUS has incorporated a 24MP shooter.

A gaming handset needs to have those little ‘extras’ to help it stand above the competition and provide a number of selling points with which it can attract mobile gaming enthusiasts to its camp. ASUS claims that the pressure-sensitive Air Trigger buttons have made a return to the ROG Phone II, and vibration latency has been reduced by 68 percent from 63ms to 20ms.

There are dual front-facing stereo speakers to provide stellar audio in terms of clarity and loudness, plus a 3.5mm headphone jack too. A custom cooler by the name AeroActive Cooler II is bundled with ROG Phone II. It attaches to the smartphone at the back, with the company claiming that it can reduce the surface temperature by up to 5-degrees, providing more comfort to the user if they are gripping the handset for hours.

As an added bonus, you can choose whether to run stock Android or ASUS’ ROG UI if the flagship becomes your daily driver.

ASUS has not provided details concerning pricing or availability for the ROG Phone II, but we’ll update you in the future as we go along. Given its specifications, and features, don’t expect the Snapdragon 855 Plus-fueled monster to come cheap, as we look towards a $1000+ price tag. The rest of the device certainly looks impressive on paper, and we’ll have to see how it holds up against the Black Shark 2 Pro, which will also be underpinned by Qualcomm’s Snapdragon 855 Plus and will arrive on July 30.