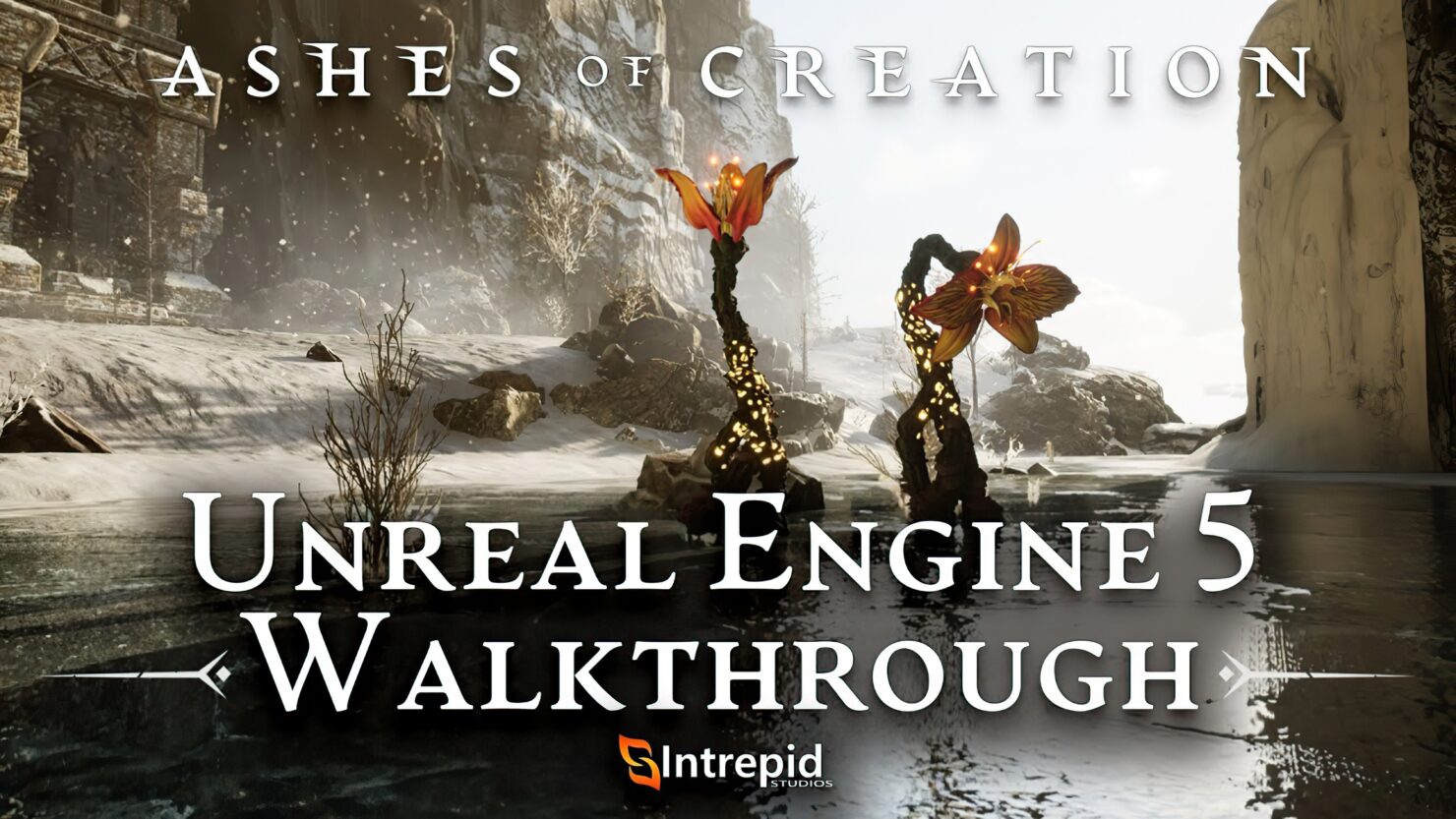 The currently short list of confirmed Unreal Engine 5 games just got slightly bigger with the announcement that Ashes of Creation, the MMORPG in development at Intrepid Studios, has now finished upgrading from Unreal Engine 4. After debating the move, the team came to a unanimous decision and began merging its custom base with Unreal Engine 5.

Studio founder and Creative Director Steven Sharif delivered the news alongside a video demonstration of the game's latest build. He focused particularly on the global illumination improvements enabled by Unreal Engine 5's Lumen technology, as well as new but unrelated locomotion features. While this video was meant as a preliminary showcase of how Ashes of Creation looks after the upgrade, Sharif also promised that future updates will shed some light on how UE5 can speed up development itself. This is likely a reference to the World Partition system, which removes the need to manually split the game world into sublevels and also makes collaborative editing on a large world much easier.

Unreal Engine 5 is expected to graduate from its current 'early access' phase at some point next Spring. Epic's own Fortnite was already upgraded to the new version with Chapter 3, by the way.  Other titles confirmed to be using Unreal Engine 5 include STALKER 2, Dragon Quest XII: The Flames of Fate, Quantum Error, Senua's Saga: Hellblade II, ArcheAge II, the next Layers of Fear, Echoes of the End, and Black Myth: Wukong.

As for Ashes of Creation, the game got funded on Kickstarter back in 2017, promising to put the massive back into MMORPGs. Its development is slowly moving forward, with Intrepid Studios planning an Alpha 2 test stage next at some point in 2022. Meanwhile, the team is still hiring for a number of positions.

An Open World
Ashes of Creation is a unique take on the MMORPG experience. Our world structure is dynamic, and built to react to your actions. Cities will rise and fall as you shape the world of Verra. Quests and secrets will unlock as populations gather and their needs grow. As the world’s NPC structure is established in real-time, you will have the ability to destroy what’s been created, paving the way for new developments, populations, and change. Political strife and intrigue will play a very real role in the structure of your experience. Gone are the days of static worlds; change is here to stay!
Risk Vs Reward
All across Verra, you have the opportunity to experience massive warfare, participate in epic trade caravans, and gather valuable components to craft exquisite items. Not only will your fellow players be your adversaries; the creatures of the land and the very environment itself will pose a constant and fresh challenge. Will you siege castles to become royalty, defeat other guilds to showcase your prowess, shape the marketplace by being a successful trader, or earn renown by developing your artisan crafting skills? This is your story, you tell us!