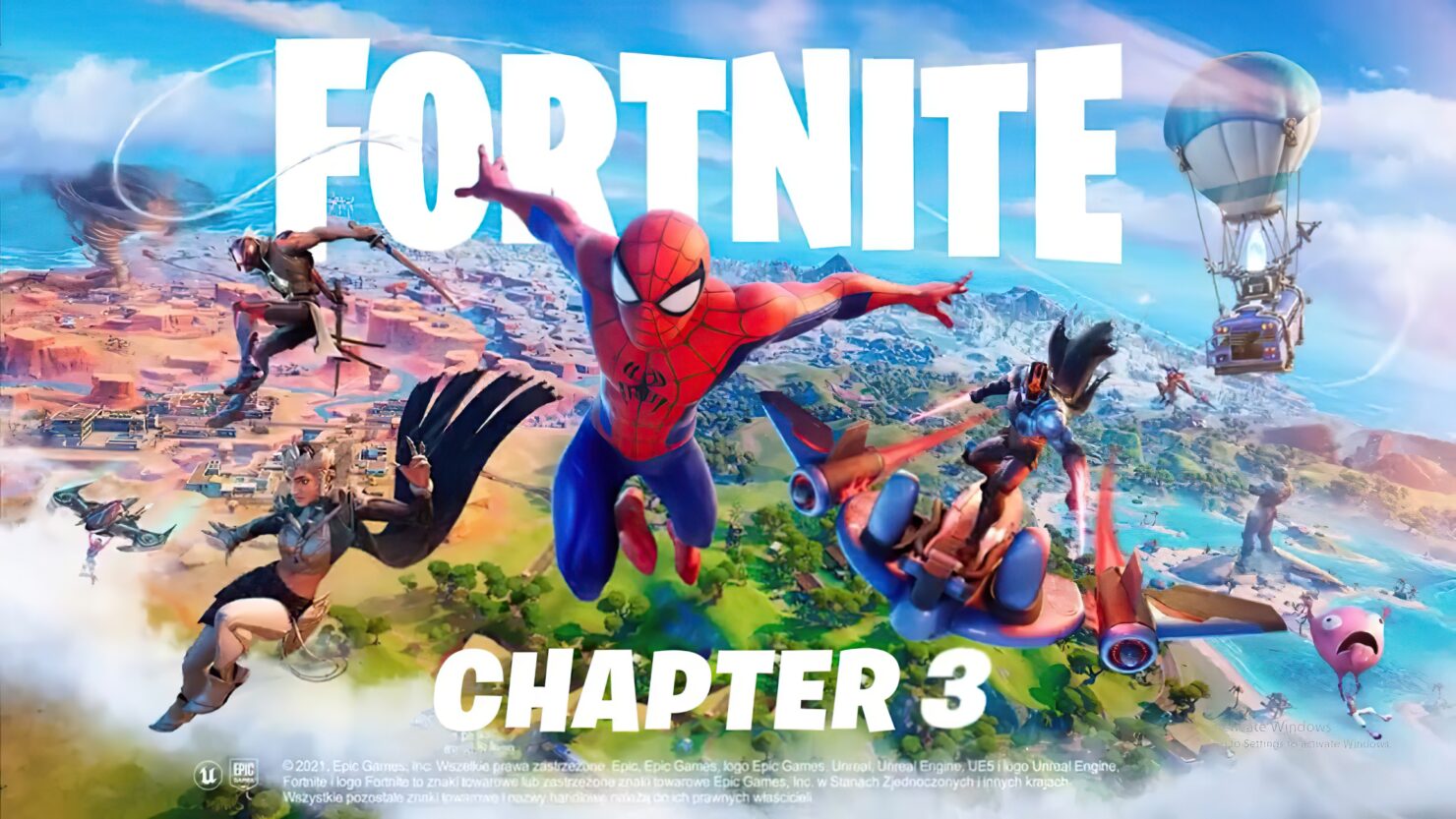 As was the case with previous Chapters, the Battle Pass trailer leaked out ahead of the official announcement, which came just a few hours ago. There's more than enough on display to excite fans on what's to come.

First of all, Epic is apparently making good on its promise to upgrade Fortnite Chapter 3 to Unreal Engine 5 technology. This will be the first real taste of UE5, which is expected to formally launch early next year, in a live game yet. We don't know yet what kind of improvements this will entail, and the video's meager 1080p resolution doesn't help sell any potential visual enhancements, but we do see trees properly falling when cut down whereas they used to simply disappear.

This new Chapter will feature a brand new map, an island codenamed Artemis. Four locations (Greasy Grove, Loot Lake, Shifty Shafts, and Sunny Steps) will return from Chapter 1, while only Butter Barn is staying from Chapter 2. But the most interesting addition for Season 1 is possibly that of the Daily Bugle, which fits perfectly given Spider-Man's skins being front and center in the video. Epic is once again leveraging the cross-media power of a major film release (Spider-Man: No Way Home, launching in US theaters on December 17th) in Fortnite.

There are also two notable gameplay mechanics added to Fortnite Chapter 3: sliding and web-swinging, with the latter meant as a homage to Spider-Man, of course.

Arguably, though, the most interesting change is the ability to build camps that can be used to heal up and even to store weapons between matches. Needless to say, that's a major differentiating point from most Battle Royale titles, and it'll be interesting to see how players react to it.

Last but not least, Fortnite Chapter 3 Season 1's trailer promises that 'there are new weapons and items to help win a victory royale and earn the all-new, ultimate prestige — the Victory Crown'. Apparently, you'll get to keep the Victory Crown as long as you're on a consecutive streak of Battle Royale wins.

What do you think of these changes and additions?