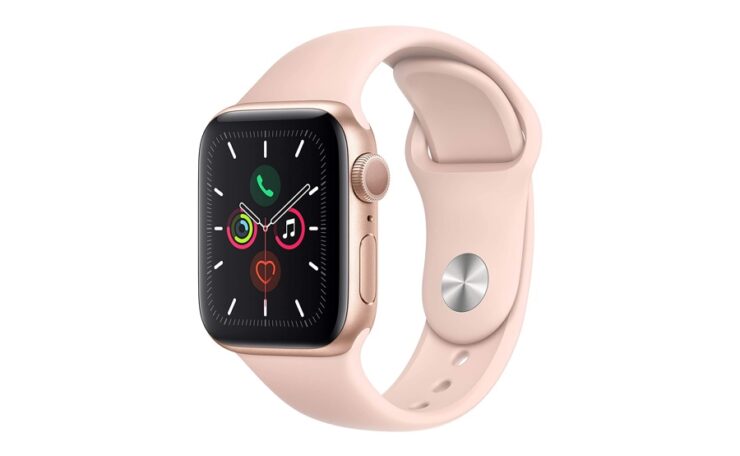 Right now, this very second, you can own an Apple Watch Series 5 smartwatch for a low price of just $299. Order now to secure yourself a piece!

The Apple Watch Series 5 is the top of the line smartwatch from Apple. It features an always-on display, a waterproof design, a large Retina display and whatnot. And right now, it's more affordable than ever if you go for the Gold model with Pink Sport Band.

Though the similarities between the Series 4 and Series 5 are quite striking but there's no way you'd want to skip on that always-on Retina display on the latter. Whether you are resting or working out, the display stays on to show you all the necessary bits to keep you updated without having to raise your wrist. Then there's the built-in compass which is nothing but handy in situation in which a map is involved. Or, if you just want to know which side is up.

Deals on the Apple Watch Series 5 aren't that rare, but a $100 discount surely is. We recommend picking this deal up immediately if you always wanted a Series 5 wearable for yourself. Even if you are planning on gifting it to someone, you're saving a great deal here.

While you are here, be sure to check out these solid deals as well: