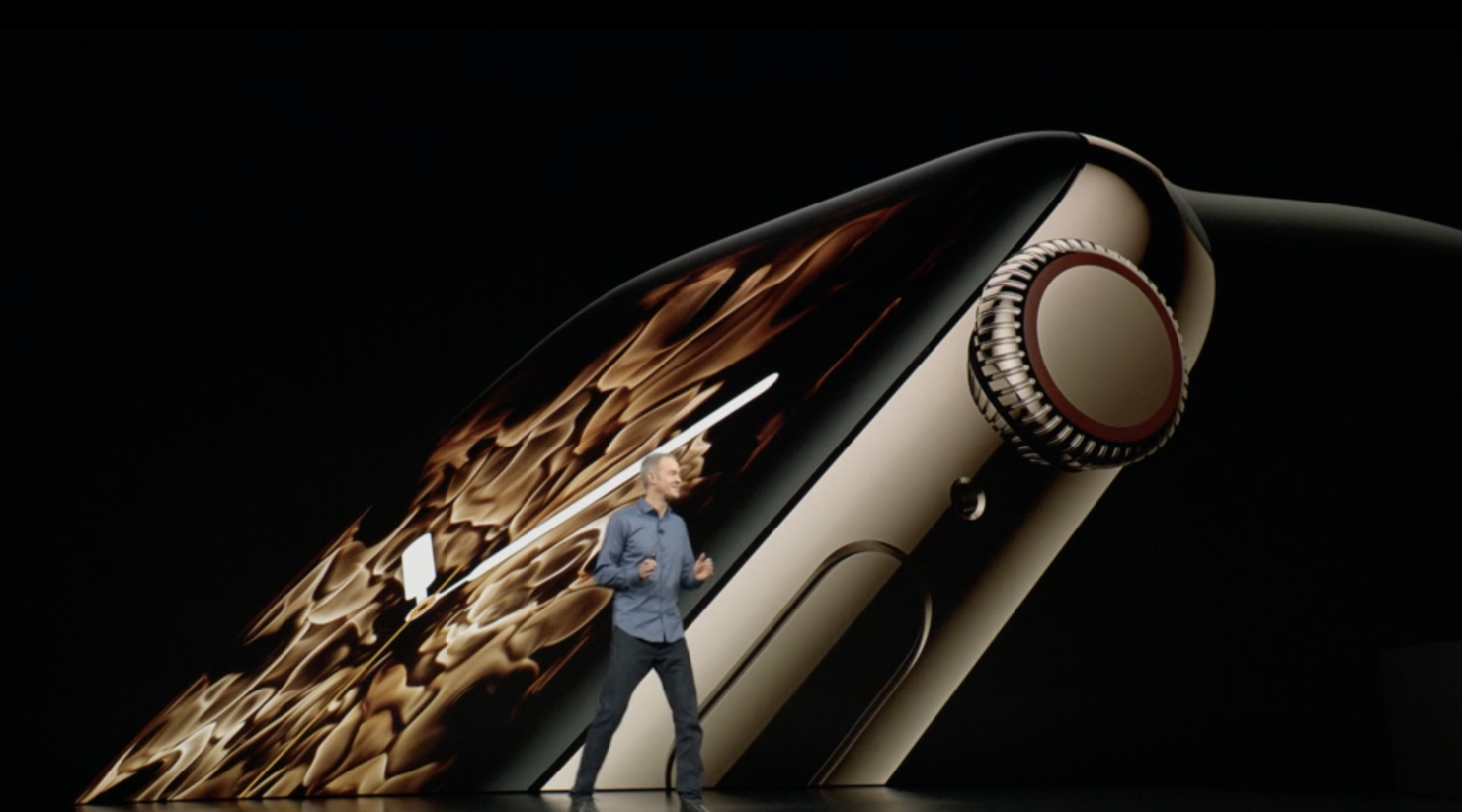 Apple's highly anticipated 'Gather Round' event is underway and there's a lot in store for all of us today. Tim Cook takes center stage and the first stop for the company is the Apple Watch. The Apple Watch has changed people's lives and it's gradually becoming a core instrument in our lives. It not only keeps you connected with phone calls and messages, it also allows for tracking your fitness routines and much more. Now, the company is adding more. Yes, Apple Watch Series 4 is here.

The Cupertino giant has taken center stage to announce the Apple Watch Series 4 first. It has been improved in every aspect according to Apple. Improvements have been made in terms of hardware, internals, and even software. So if you're thinking of getting and Apple Watch, it might be the right time to do so. Now let's see what the improvements are.

The screen size, for instance, has been increased and stretched out to all four corners of the display. The display is one of the most important aspects of the watch and there have been plenty of improvements made inside. The display is 30 percent bigger than the Apple Watch Series 3 and it more brighter and vivid. 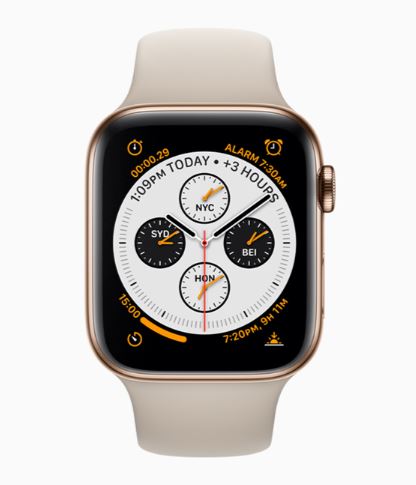 Other than this, the watch is thinner than last year's Series 3 and the UI has been tinkered to take advantage of the bigger display. First and foremost you will see more content and rich complications on the display. Apple Watch Series 4 also brings a redesigned modular face with more information through stocks, heart rate and more. 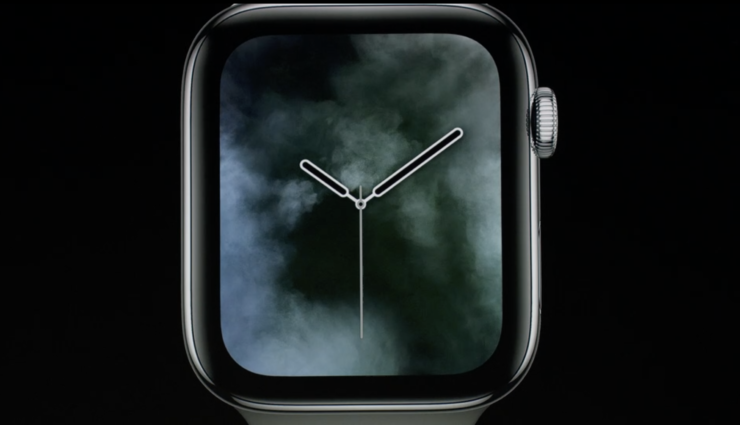 As for the watch face, there are plenty of new dynamic watch faces to choose from. There's a new Breathe app watch face which takes you directly to its core functionality by just raising your wrist. The dynamic watch faces interact with the display and include elements such as water, fire and vapor.

Now moving towards the Digital Crown, it now features haptic feedback. It has been re-engineered completely and offers new means of controls. The speaker has been improved to provide a louder and much more clear sound for calls and audio. The microphone has been moved to the other side for reducing echo so your voice would sound even better on the other end. 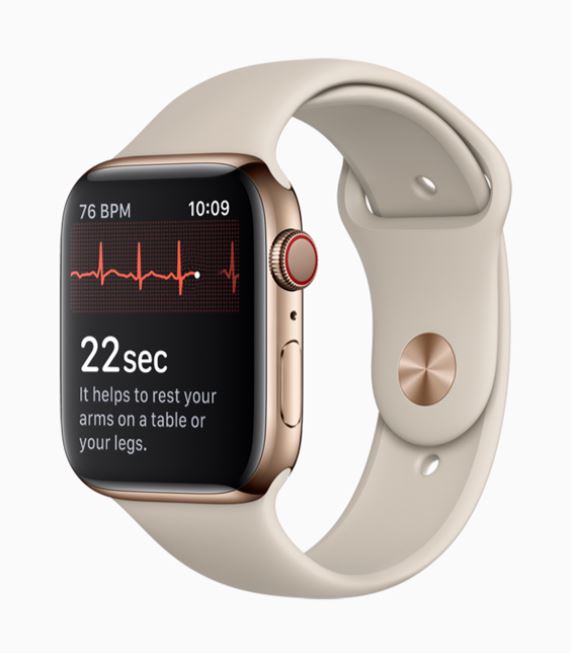 The back of the Apple Watch Series 4 has been redesigned and is made of Ceramic and Sapphire Crystal. This will allow for a better cell reception as radio waves can easily pass through it. The accelerometer and gyroscope power all-day activity tracking and are also capable of identifying health strokes.

Other than this, there are three new heart-monitoring features and if your heart rate is too slow, you will be notified. The second feature deals in screening for heart rhythm irregularities probably due to atrial fibrillation. There's a lot more that the Apple Watch Series 4 is capable of. Electrodes have been added at the back of the Watch and the using the Digital Crown, you can take an electrocardiogram. 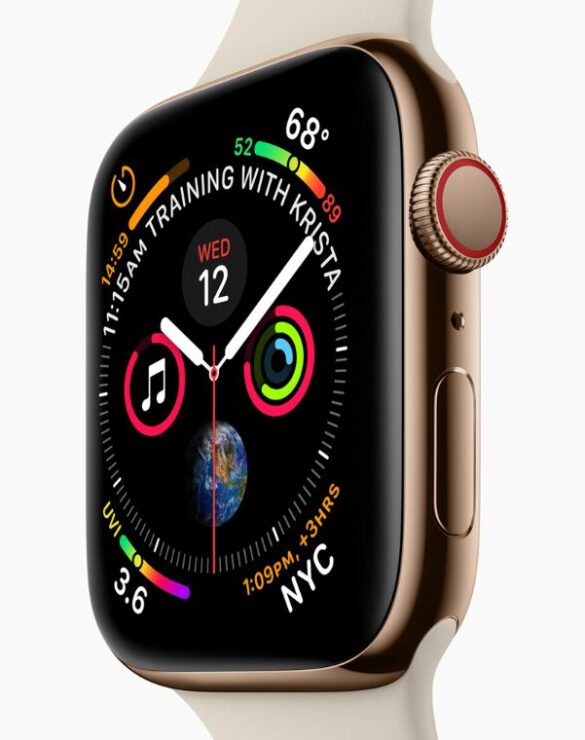 The first ECG product offered directly to consumers and it has been approved by the FDA. Just put your finger on the digital crown and your ECG will be recorded In 30 seconds time. It's pretty great. All of your data will be recorded in the Health app, so it stays together with the rest.

Internals Under The Hood

On the inside, the improvements continue with the all-new S4 chip which contains a powerful dual-core 64-bit processor and a brand new GPU. The performance gains are two times faster so you'll have plenty of processing power. Bluetooth 5.0 is also another upgrade and a much welcome addition to the table. 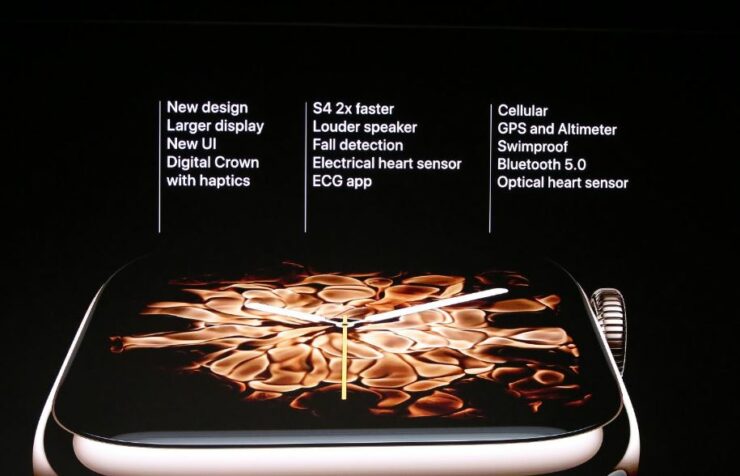 As for the battery, the company is promising an all-day battery life the same 18 hours that customers are used to. If you're working out then it slides down to 6 hours. The Apple Watch Series 4 is optimized for Nike+ as well which adds more features to the table.

Now moving towards the end, there are new finishes available as well: Stainless Steel and Gold Stainless. One of the major addition is that all band colors and band styles fit any Apple Watch. The Hermes version of the Apple Watch is carried forward as well with bold new looks and watch faces will change by the passage of time. 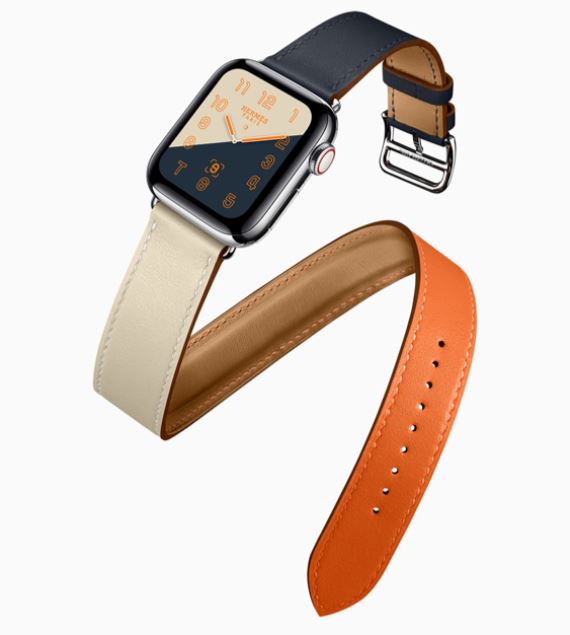 Apple's iPhone XS event is underway, so do check our extensive coverage. There will be more to the story, so be sure to stay tuned in for more.

Are you willing to get the Apple Watch Series 4? Let us know in the comments.