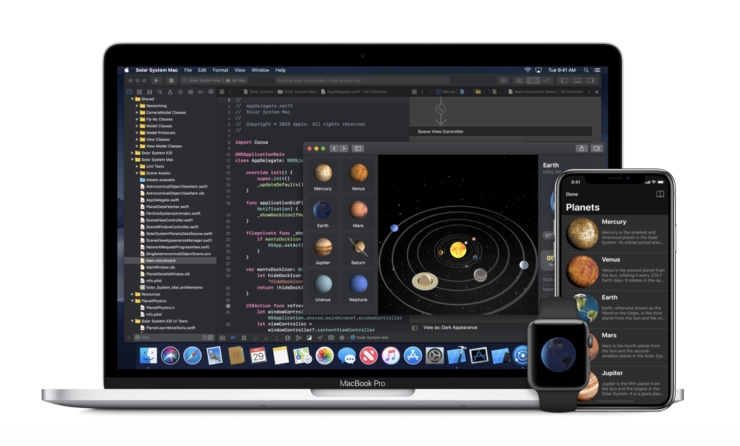 In a not-so-surprising move, Apple released iOS 13.4 beta and iPadOS 13.4 beta to registered developers a while back. But to keep its tradition of beta software alive and well, Apple has released beta updates for every other device that it makes too. Which means you can go ahead and download watchOS 6.2 beta, tvOS 13.4 beta and macOS 10.15.4 beta as well.

watchOS 6.2 beta is an interesting little update with a very crucial inclusion in terms of features. Developers can now include in-app purchases right in their Apple Watch app, allowing them to further monetize their software in different ways or even fully embrace the freemium model for apps and games right on the writs. If you are a registered developer right now, you first have to download iOS 13.4 and then install the watchOS 6.2 beta profile onto your iPhone in order to grab the update over the air. Remember, once you do update to the latest watchOS beta release, you won't be able to downgrade back at all. So be well aware of what you are getting yourself into here.

Secondly, Apple has released tvOS 13.4 as well. And just like before, you have the option to download the update over the air or perform a clean install. A clean install is only possible on the Apple TV HD as it features a USB-C port, allowing you to interface it with your PC or Mac using a simple off the shelf cable. You can even downgrade tvOS 13.4 back to tvOS 13.3.1 using iTunes or Finder if you have an Apple TV HD.

Last but not the least, macOS 10.15.4 Catalina beta is also available for testing if you are a registered developer. And just like other betas, this one can be downloaded over the air as well, with a clean install option also available if you are willing to create a USB installer and take that route. Trust me, it's best to just simply install the beta over the air and call it a day. Furthermore, make sure you install all the updates on your spare devices as beta software tends to be shoddy in a lot of places especially battery life if you have a MacBook.

We will test out the software ourselves and see what's interesting in their release and report back on our findings, so stay tuned.