Considered as the most trusted name when it comes to mobile benchmarks, AnTuTu has released its official list of top best performing smartphones. While many of the premium phones of this year have successfully made it to the list, the topper is surprisingly a Chinese phone. 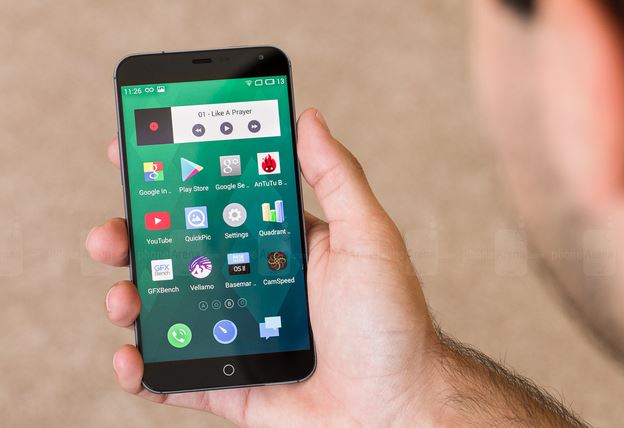 Coming at the very first position of this AnTuTu top 10 smartphones based purely on performance is Meizu MX4 flagship smartphone. Considered another titan of China, MX4 has remained popular for its amazing benchmark scores in the previous months. However, it was expected that the flagship devices coming this fall including the strong additions like Samsung Galaxy Note 4 will be able to beat the device. Here is the list of AnTuTu top 10 smartphones based on their performance:

Samsung Galaxy Note 4's Snapdragon 805 powered model wasn't taken into consideration in this performing test. AnTuTu has only taken the best performing processor where devices have been offered with multiple processor choices in different regions. The test scores are compiled from the results of around 160 countries which shows the strength and value of this list. Here is the complete graph of devices and their respective scores. 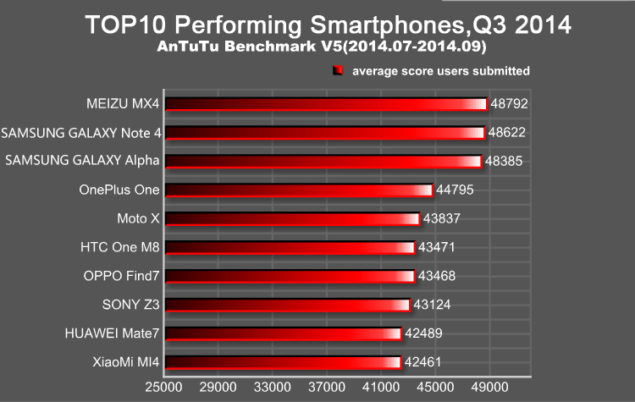 Android Lollipop 5.0.2 Hits Galaxy Alpha LTE – Here’s How You Can Install It