Samsung metal is here, finally! As the godly rumors had speaketh, Samsung has made the Galaxy Alpha official. While the device sports some of the high-end mobile specs, the biggest point is definitely it making the first mark in metal designing by the Korean giant. Announced today, Samsung Galaxy Alpha will go on sale globally early in September. Earlier, we had seen quite a huge number of rumors surrounding the release of metal phone from Samsung hitting the 4.7" display size in an allegedly preemptive move against Apple's rumored 4.7" iPhone 6. While we await to see if the rumors have actually been right on the mark for iPhone 6 too or not, here is the beautiful Samsung Galaxy Alpha for you to salivate upon. 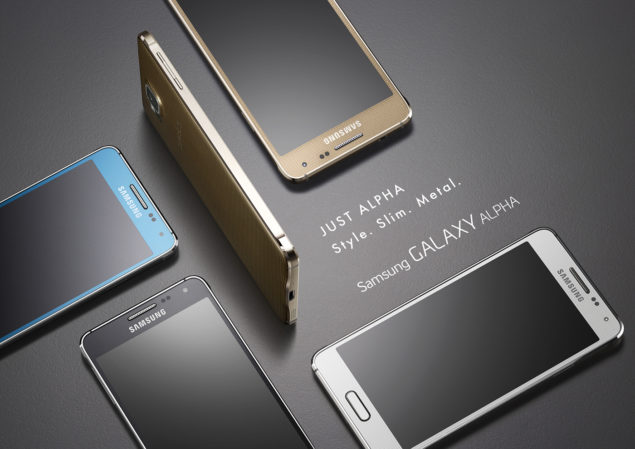 The beauty of Samsung Galaxy Alpha:

In quite a momentous step, Samsung has finally stepped into better designing of its high-end smartphones going forward the heat-inducing plastics. The designing of the phone is focused on the metal frame that goes around the edges of the smartphone. Back of the Alpha is still made of plastics and sports a similar dotted texture of Samsung Galaxy S5. Alpha's back and its 1860 mAh batter is removable. While you may argue that the phone is still not completely metal, we are happy to see some willingness from the Korean tech leader to move forward into better designing.

Adding some style into the popular Galaxy series, Samsung Galaxy Alpha is a 4.7-inch HD display smartphone powered by an octa-core Exynos processor with a 12MP rear camera (yep, no OIS) and an 1,860 mAh battery. Here are the detailed specs of Samsung Galaxy Alpha.

Samsung Galaxy Alpha will be available in five color choices: Charcoal Black, Dazzling White, Frosted Gold, Sleek Silver, and Scuba Blue. The device is a limited edition smartphone but will still be available in 150 markets around the world, comes this September. Price of the handset is still unknown but looking at the specs, you can expect to see similar price range of Galaxy S5 and Note series.