Motorola wasn't bragging when it said that its phones would be the first to flaunt the beautiful Lollipop. Moto G 2014 already received a soak test last week and it was expected that the device would get official updates on or after November 12th. Thanks to perhaps Google trying to roll out Nexus as first Lollipop device? 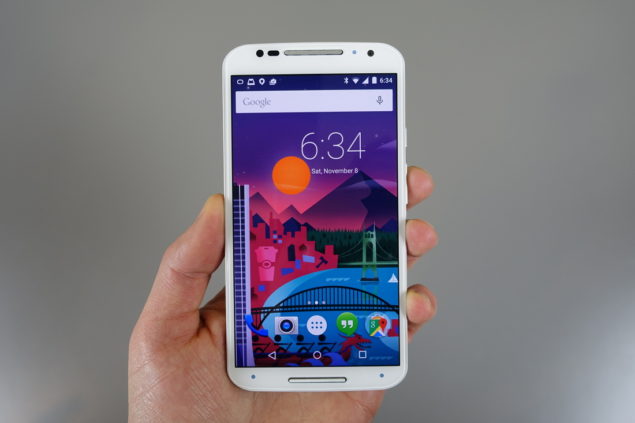 While the other OEMs are trying to tweak the words around being the first to release Android 5.0 Lollipop, Motorola has evidently won the war already. This mid-range Moto G smartphone has already started receiving Android 5.0, however, the roll out isn't confirmed through carriers yet. So far it seems that only unlocked devices are receiving this public roll out of Lollipop. Carriers usually take a little longer to send the updates to devices.

We already have shared with you a video showing Lollipop running on this gorgeous device. Android 5.0 definitely looks the best at this device thanks to Motorola's keeping Android at its stock experience. Add in some useful but in no way intimidating Motorola goodies, and you have a beautiful device with almost stock Android experience. Don't forget to let us know if your Moto G 2014 has received the OTA update.