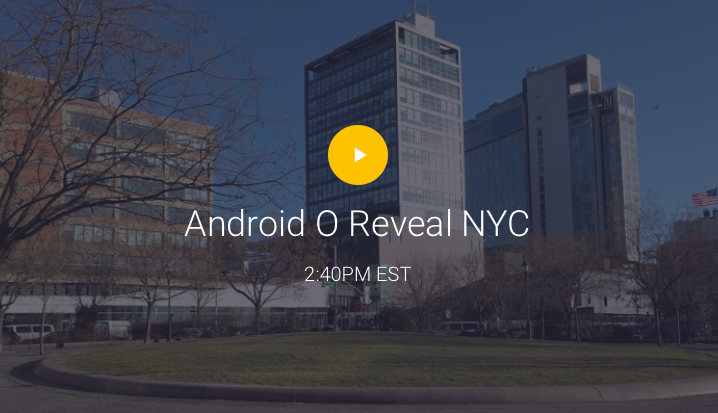 Google is all set to launch the much-awaited Android 8.0 aka Android O, today. The company has chosen the day of total solar eclipse to unleash the new Android version. Most of the Android fans are placing their dibs on Oreo as the name for the new version, while some are expecting it to be Oatmeal Cookie. We will come to know the final decision today.

In a post, Google said, "Android O is touching down to Earth with the total solar eclipse, bringing some super (sweet) new powers!" Well, we can't wait to try out the final version of Android O. The tech giant will be taking the veil off at an event in the New York City at 2:40 PM ET. Just in time when the solar eclipse will be covering the US, the last solar eclipse took place in 1918.

In a note, Google tells about the release of Android O coinciding with the solar eclipse, the company writes:

On August 21st, a solar eclipse will sweep across the entire United States for the first time since 1918. Android is helping you experience this historic natural phenomenon so you can learn more about the eclipse and count down to the big day-when you'll meet the next release of Android and all of its super (sweet) new powers.

As we mentioned above, the event is being held in the New York City today, and Google is livestreaming it. There are two ways to watch the entire event live. Google has already begun the countdown for the event to start. Here's the direct link to the Android website:

You also have the option to livestream the solar eclipse at 12 PM ET on the Android website. The event livestream will start at 2:40 PM ET.

Google recently posted Android O eclipse teaser on Google+ wherein the company allegedly revealed the name of the version as Oreo. The filename of the teaser was "GoogleOreo_Teaser_0817_noDroids (1).mp4" that was a major hint that Android O is Oreo, indeed. However, the company pulled down the teaser real quick and re-uploaded it with a file name “OctopusTeaser.mp4.”

Android nomenclature follows naming the version after a dessert, so it can't be Octopus, which leaves us with Oreo. Our speculations will come to an end today after Google announces the official name for Android O. Until then, stay tuned with us for more news.