AMD has just released their 7nm based Zen 2 core architecture but it looks like the development of their post-2020 cores is already underway. While we know about Zen 3 and Zen 4, it looks like their far-future Zen 5 architecture has once again shown up online which more or less confirms it for future generations of Ryzen, Threadripper and EPYC processors.

AMD's Zen 5 is a post-2020 core architecture that will be featured on future generation processors in the Ryzen, Threadripper and EPYC family. We cannot confirm if AMD will be using the same CPU naming conventions in 2020 and beyond but just like now, all processor families would feature the new architecture.

The AMD Zen 5 core was confirmed to be in development by AMD a while ago in their slides during the Zen+ launch. It has once again been confirmed by David Suggs, who's the chief architect for the AMD Zen 2 and Zen 5 microprocessor cores. AMD has teams within the CPU department who are working on different Zen cores in parallel. David, in particular, has been the Chief architect behind the AMD Zen 2 core which recently made its debut with the Ryzen 3000 processors and also, the upcoming Zen 5 cores. 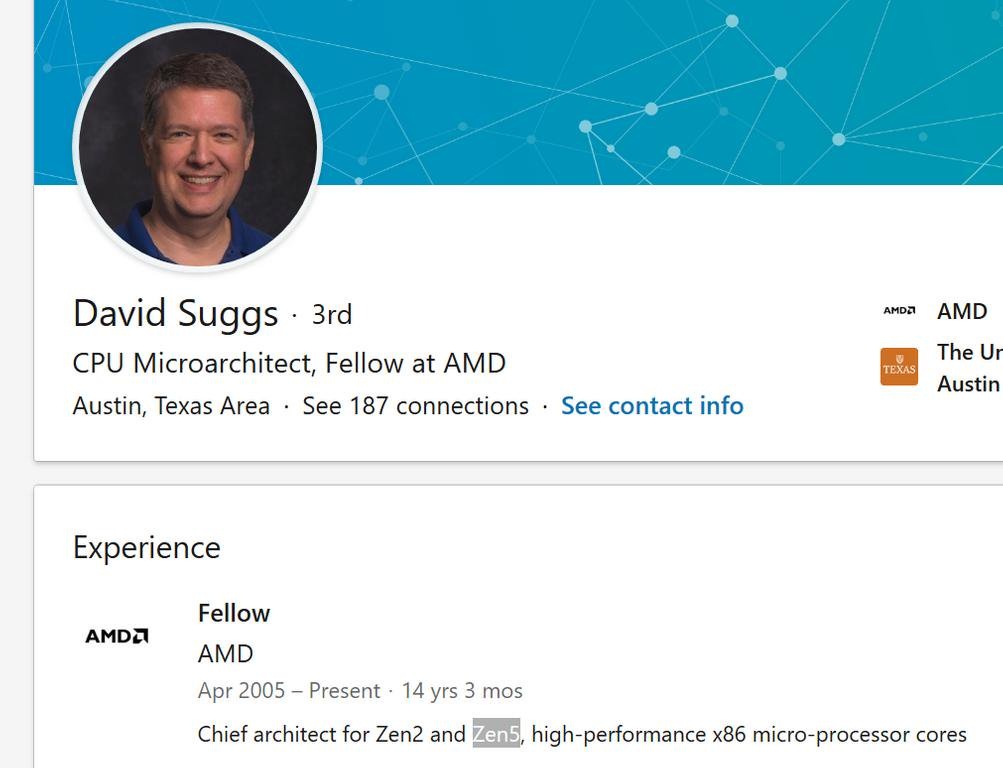 We know that AMD's Zen 2 is based on the 7nm architecture and the next in line, Zen 3, would be based on the 7nm+ process and is on track for launch in 2020. The AMD Zen 4 cores are currently in-design and scheduled for launch in 2021. By this time, AMD is expected to jump on the 5nm process node which would allow the processor cores to be up to 80% more denser than what 7nm currently allows.

If AMD was to utilize TSMC’s latest 5nm node, also dubbed as N5, the company may expect an uplift of 80% in transistor density, 15% in overall performance and a 45% reduction in die area with their next-generation Zen based Ryzen series. Following is what TSMC has to say of their 5nm process node:

The Zen 5 core which should launch in between 2022-2023 can be based on a further optimized 5nm process which would allow for significant performance uplifts. Since there are no more "+" within the Zen family (e.g. Zen+), we should expect noticeable upgrades that would further lift IPC along with improved chiplet interconnects. AMD's Zen 5 core would mark another breakthrough for AMD by the time it launches while their competition would still be relying on their in-house 7nm node.