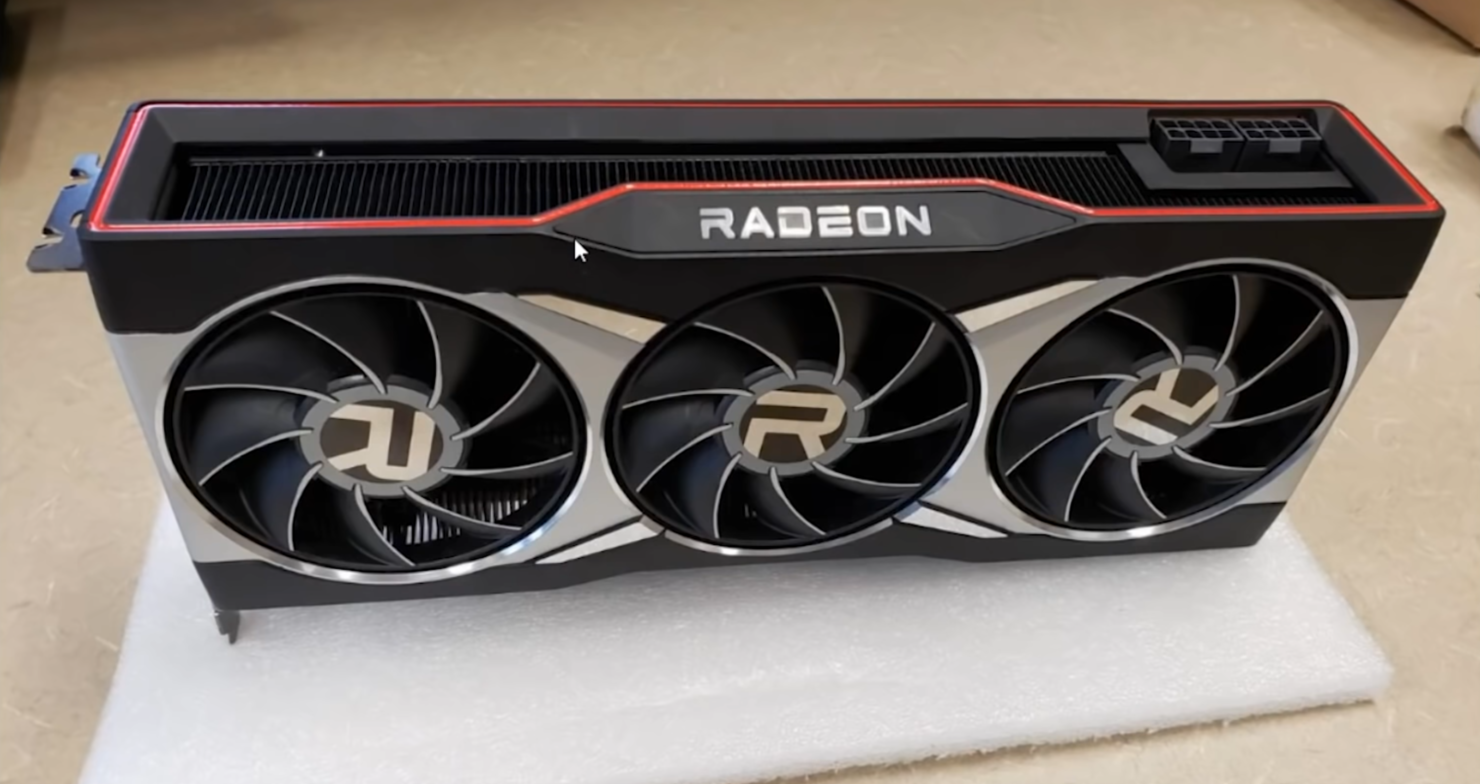 AMD's Radeon RX 6000 series graphics cards based on the RDNA 2 architecture have been pictured once again. This time, we are looking at both, a triple-fan and a dual-fan cooling solution that are designed for AMD's next-generation Navi 2X lineup of GPUs for the enthusiast & high-performance gaming segment.

The latest pictures were unveiled by JayzTwoCents who got them through his sources and talked about them in his latest YouTube video. One of the two cooling shrouds was already been made official by AMD yesterday while a second shroud with a dual-fan cooling solution has also been pictured. Interestingly, the dual-fan cooling solution was teased by AMD a while back within its investor presentation.

The card also features the LED-lit Radeon logo on the sides and has the large cut out to vent out the heat from the aluminum heatsink. There are two 8-pin power connectors on the card but we may also see 8+6 or configurations for the more power optimized variants. The card also comes with a dual-slot form factor and should feature a similar I/O as the Big Navi graphics card.

It is expected that this cooler should house the Navi 22 GPU which is slightly smaller but still larger compared to AMD's Navi 10 (RDNA 1) GPU for the Radeon RX 5700 series graphics cards. There's a large possibility that the PCB that leaked out a few days ago belonged to a Navi 22 based graphics card.