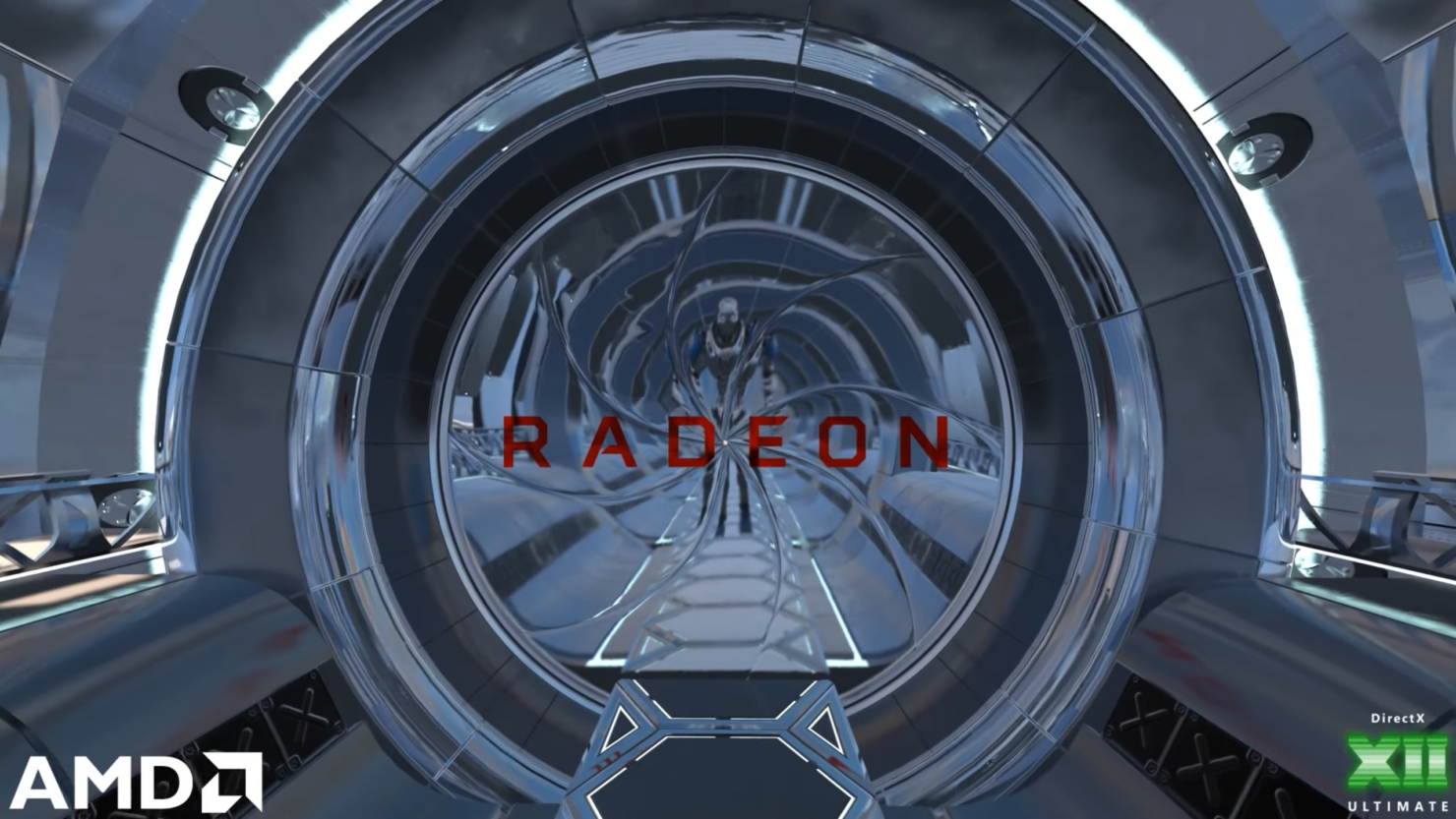 AMD has released its first Microsoft DirectX Raytracing Demo which is powered by its next-gen RDNA 2 GPU architecture. The Demo showcases what to expect from AMD's brand new graphics architecture in terms of raytracing visuals and performance which would power next-generation Radeon RX 'Navi 2x' graphics cards & also the next-gen consoles which include Microsoft's Xbox Series X & Sony's PlayStation 5.

Just an hour ago, Microsoft unveils its latest DirectX 12 Ultimate API with a whole set of new techs such as Raytracing support (DXR version 1.1), variable-rate shading, mesh shaders, sampler feedback and support for current and next-generation platforms including NVIDIA's GeForce RTX, AMD RDNA 2 and the new Xbox Series X consoles. You can learn more in-depth about the DirectX 12 Ultimate API over here.

The video uploaded by AMD is set to 1080p at 60 FPS however the cinematic seems to be locked at around 30 FPS from the looks of it but its a very complex scene that makes use of several raytraced objects rather than a select number for optimized performance such as in modern AAA titles with raytracing. Everything you see is running in real-time with all the raytracing effects. AMD says that the DXR 1.1 update can deliver better efficiency and performance in many raytracing effects and this demo just gives a taste of what to expect from AMD's RDNA 2 gaming architecture.

So coming to the demo released by AMD, it showcases a robot walking through a futuristic setting. The demo seems to focus on Raytraced reflections and shadows and is a little too shiny and glossy for my taste but it is a pretty nice demonstration of what to expect from AMD's raytracing method. This also won't be the first time a raytracing demo has been released that features a robot as the one released by NVIDIA two years ago also had a similar vibe to it.

AMD has already announced that RDNA2 GPUs would feature VRS (Variable Rate Shading) & hardware-accelerated ray tracing during its Finacial Analyst Day. AMD is following suit with NVIDIA here who have already implemented the said technologies on its Turing GPU based GeForce RTX graphics cards. With the launch of the new consoles from Microsoft and Sony imminent, AMD is going to work to provide these features with its own optimization framework to developers for integration within next-generation gaming titles.

The SVP of AMD's Radeon Technologies Group, David Wang, mentioned that AMD's RDNA2 GPUs are already running Microsoft's DXR 1.1 demo internally which utilizes hardware-accelerated ray tracing. AMD's approach to ray tracing is to offer simplified development and speedy adopting and that is definitely possible through consoles where the mass majority of game developers focus their efforts towards.

David also acknowledges that AMD's solution will maximize performance with lower-level API which is something to look forward to because as of now, ray tracing on PC hardware is a very taxing feature and while it may look really good, the performance tradeoff is just too much for some to keep ray tracing always on. With PC & consoles sharing a unified architecture and MS DirectX Raytracing 1.1, we can see an influx of highly optimized AAA titles for both platforms in the coming future.