The new Legend of Zelda is allegedly coming to both the Wii U and the upcoming Nintendo NX. Additionally, Link is said to be playable as either male or female, and voice-acting is supposed to be present for most of the characters in the game.

Nintendo-enthusiast and insider, Emily Rogers, said this on Twitter recently. Rogers is known for previous Nintendo leaks in the past, the most recent one being the leak about the new Paper Mario for the Wii U.

Truth to be told, Rogers hasn't always been accurate with her 'info', so consider this info a rumor at most.

According to Rogers, the upcoming Legend of Zelda will be heading to both the Wii U and the Nintendo NX. The same happened with The Legend of Zelda: Twilight Princess, which was released on both the Gamecube and the original Wii back in 2006. 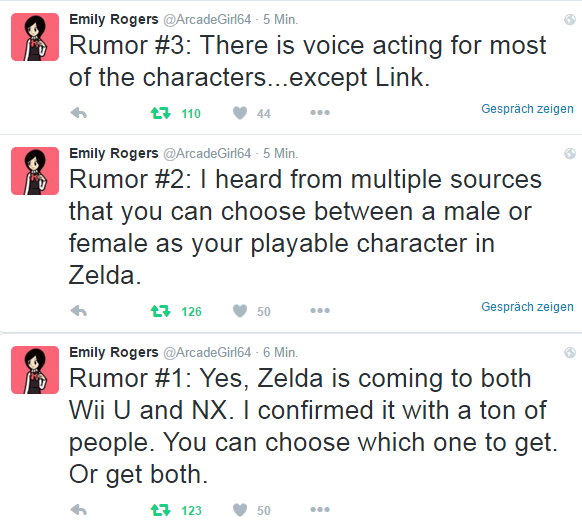 This week in Nintendo leaks/rumors: Expect to hear some stuff about Zelda Wii U soon. Heard a lot of similar stuff from multiple sources.

Since it's circulating, yes - seems like the next Zelda might have an option for a female Link.

Furthermore, Rogers claims that there is voice-acting for most characters in the upcoming Zelda title, but this doesn't seem to apply to Link. 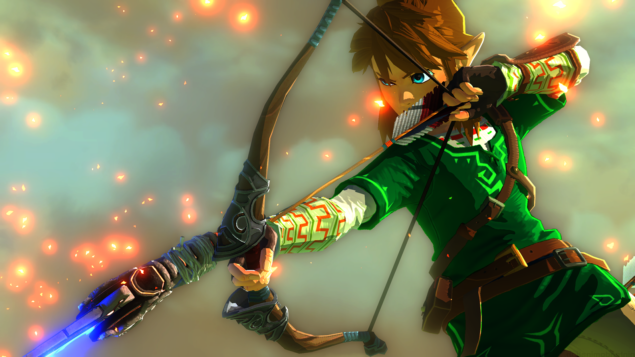 As said, take the rumor above with a grain of salt since Nintendo rumors have been popping up like mushrooms recently. If you're interested to read up on the most recent Nintendo NX rumors, we suggest you check out this compiled list of Nintendo NX rumors. One of the most interesting leaks is that the Nintendo NX will use x86 architecture and will be able to support multiple screens.

As usual, we'll update when we learn more on the new Zelda and Nintendo's upcoming dedicated home console.