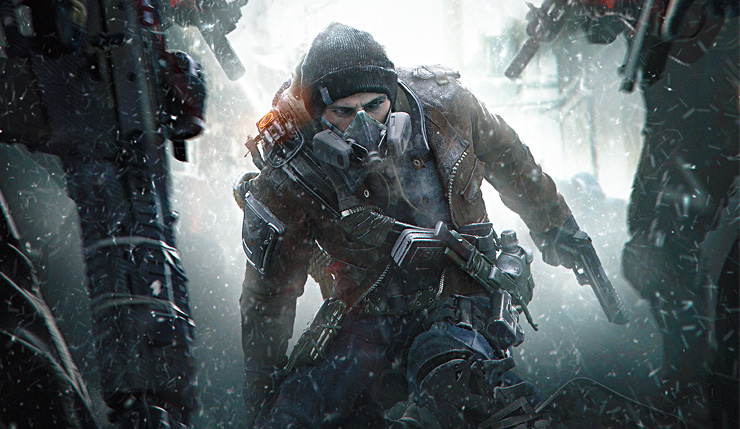 Microsoft has revealed the games they’ll be adding to Xbox Game Pass in the first half of December, and it’s another solid lineup of stuff. Microsoft will be serving up The Division, My Friend Pedro, Overcooked 2, Wandersong, and more! Also, Microsoft has finally got it together and started announcing Xbox and PC Game Pass titles at the same time, and the PC is getting some great, unique titles including Europa Universalis IV and Age of Wonders: Planetfall. 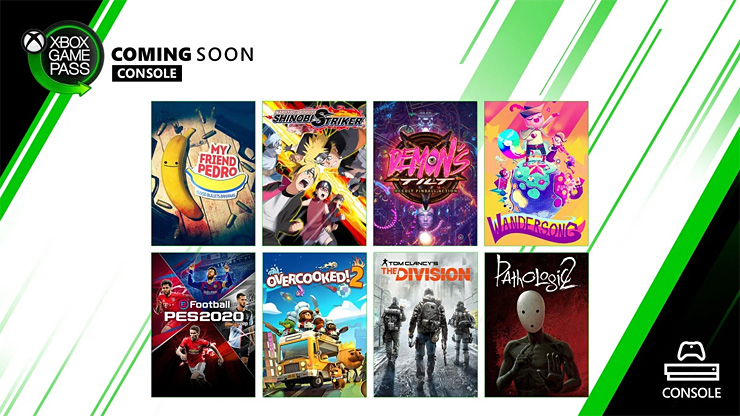 Here are your December Xbox Game Pass for console titles:

A violent ballet about friendship, imagination, and one man’s struggle to obliterate anyone in his path at the command of a conscious banana. The strategic use of split aiming, slow motion, and the stylish window breach create one sensational action sequence after another in an explosive battle through the criminal underworld.

The Naruto franchise is back with a brand-new experience in Naruto to Boruto: Shiobi Striker! This new game lets gamers battle as a team of four to compete against other teams online! Shinobi Striker is built from the ground up in a completely new graphic style. Lead your team and fight online to see who the best ninjas are!

A musical platforming adventure with an emotional story. Play as a silly bard and use music to interact with everything on a journey around the world. Along the way you’ll explore, solve puzzles, and meet a huge cast of characters.

Overcooked returns with a brand-new helping of chaotic cooking action! Journey back to the Onion Kingdom and assemble your team of chefs in classic couch co-op or online play for up to four players. Hold onto your aprons … it’s time to save the world (again!)

A narrative-driven dramatic thriller about fighting a deadly outbreak in a secluded rural town. Face the realities of a collapsing society as you make difficult choices in seemingly lose-lose situations in this groundbreaking open-world horror RPG.

A revolutionary next-gen experience that brings the RPG into a modern military setting for the first time. In the wake of a devastating pandemic that sweeps through New York City, basic services fail one by one, and without access to food or water the city descends into chaos. As an agent of The Division, you’ll specialize, modify, and level up your gear, weapons, and skills to take back New York. 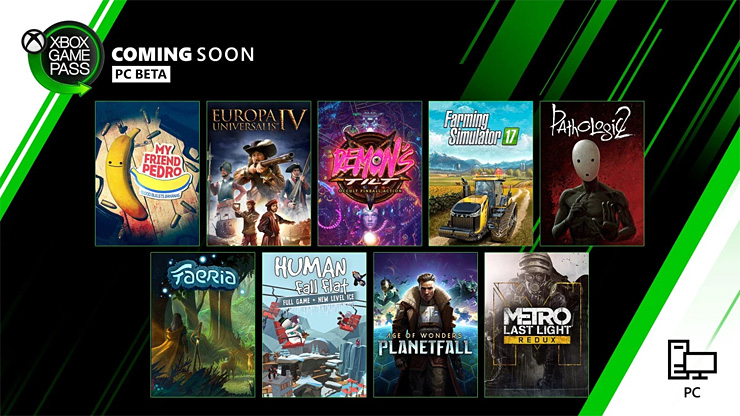 Xbox Game Pass for PC will also be getting My Friend Pedro, Demon’s Tilt, and Pathologic, as well as these exclusive titles (no specific release dates were provided for these ones):

Emerge from the cosmic dark age of a fallen galactic empire to build a new future for your people in this 4X turn-based strategy game. Build your empire with one of six unique factions, ranging from the militant Vanguard to the dinosaur-riding Amazons to the cyborg-zombies of the Assembly. Fight, build, negotiate, and advance your way to utopia in a deep single-player campaign, on random skirmish maps, and against friends in multiplayer.

Bring civilization out of the Dark Ages with this award-winning empire building simulator. Guide a nation through the years to create a dominant global empire. Rule your nation through the centuries, with unparalleled freedom, depth, and historical accuracy. True exploration, trade, warfare, and diplomacy will be brought to life in this epic title rife with rich strategic and tactical depth.

Take on the role of a modern farmer and immerse yourself in a huge open world loaded with a harvest of content. Farm over hundreds of acres of land, including a detailed new North American environment. Drive over 250 farming vehicles and equipment from over 75 manufacturers, including new brands such as Challenger, Fendt, Valtra or Massey Ferguson.

A quirky, open-ended physics-based puzzle platformer set in floating dreamscapes, your goal in Human: Fall Flat is to find the exit of these surreal levels by solving puzzles with nothing but your wits. Local co-op for 2 players and up to 8 online for even more mayhem!

It is the year 2034. Beneath the ruins of post-apocalyptic Moscow, in the tunnels of the Metro, the remnants of mankind are besieged by deadly threats from outside – and within. Experience an epic post-apocalyptic adventure combining thrilling survival horror, combat and stealth, while fans will discover the unique world of Metro transformed with incredible next-generation fidelity.

Xbox Game Pass grants players access to more than 100 Xbox One and Xbox 360 games for 10 bucks a month — you can check out a full list of available console and PC games here. New subscribers can get their first month of Game Pass for only $1.

Lot of great games hitting Xbox Game Pass this month! I particularly recommend Metro: Last Light, Age of Wonders: Planetfall, Overcooked 2, and Wandersong. What Game Pass titles will you be tackling over the coming weeks?