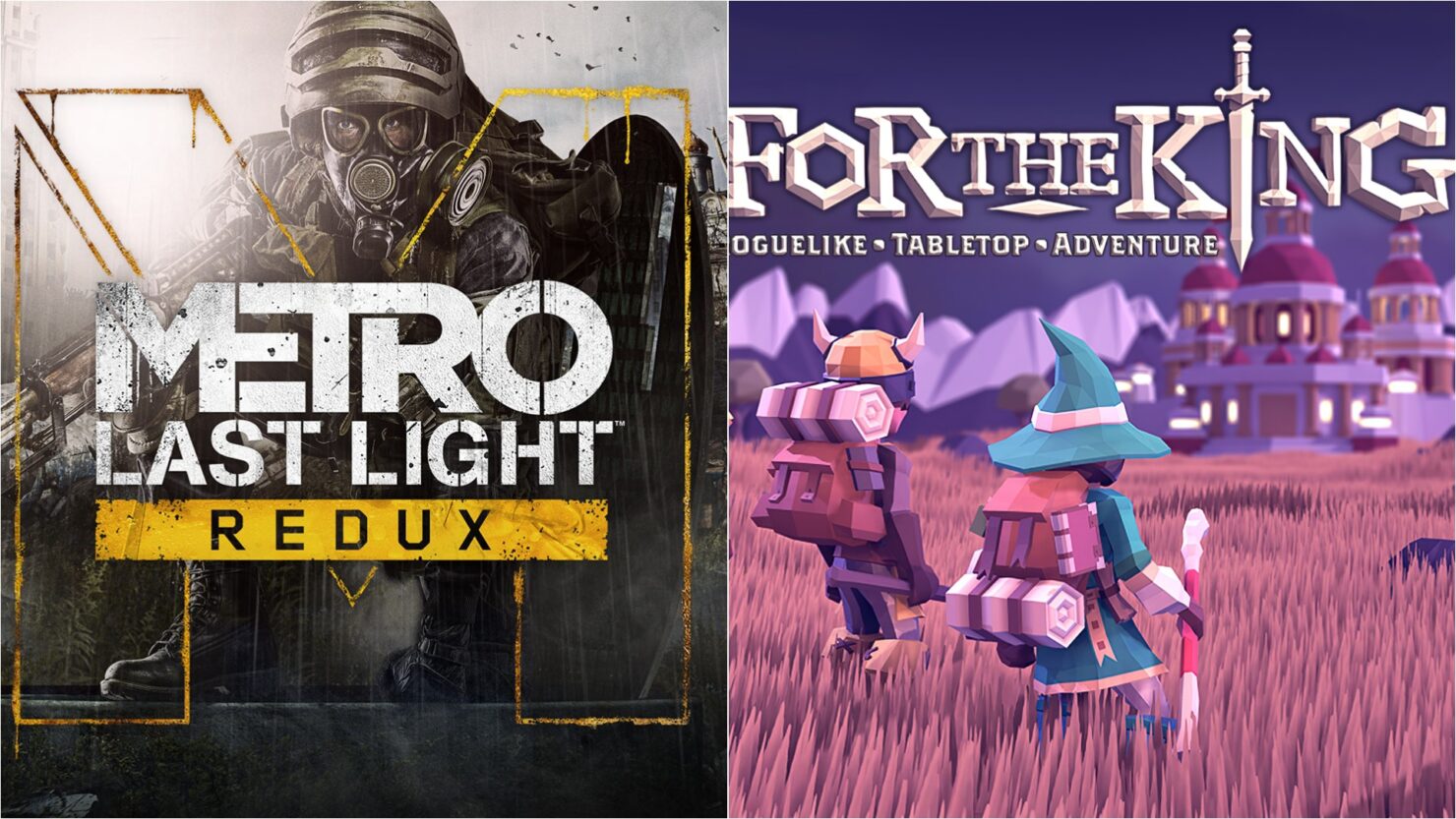 This week's Epic Games Store freebies are Metro Last Light Redux, the acclaimed second installment in the Metro franchise made by 4A Games, and indie roguelike turn-based game For The King. Next Thursday they'll be replaced by the retro space strategy RPG Halcyon 6, so claim them before February 11th to ensure they're added to your library.

As a side note, Epic's free game promotions on the store were grabbed a grand total of 749 million times in 2020, and the company confirmed it'll keep giving away games throughout the entire 2021.

It is the year 2034.
Beneath the ruins of post-apocalyptic Moscow, in the tunnels of the Metro, the remnants of mankind are besieged by deadly threats from outside... and within.
Mutants stalk the catacombs beneath the desolate surface and hunt amidst the poisoned skies above.
But rather than stand united, the station-cities of the Metro are locked in a struggle for the ultimate power, a doomsday device from the military vaults of D6. A civil war is stirring that could wipe humanity from the face of the earth forever.
As Artyom, burdened by guilt but driven by hope, you hold the key to our survival – the last light in our darkest hour...
• Immerse yourself in the Moscow Metro – witness one of the most atmospheric worlds in gaming brought to life with stunning next-gen visuals at 60FPS
• Brave the horrors of the Russian apocalypse – equip your gasmask and an arsenal of hand-made weaponry as you face the threat of deadly mutants, human foes, and the terrifying environment itself
• Rebuilt and Remastered for next gen – with all previous downloadable content content included, new modes and features, and many gameplay improvement, this is the definitive version of the critically acclaimed classic that fans and newcomers alike will enjoy
• Two unique Play Styles : ‘Spartan’ and ‘Survival’ – approach the campaign as a slow burn Survival Horror , or tackle it with the combat skills of a Spartan Ranger in these two unique modes
• The legendary Ranger Mode returns – dare you play the fearsome Ranger Mode? No HUD, UI, deadlier combat and limited resources combine to create the ultimate immersive experience

Fight and die as a party in fast paced and brutal turn-based combat using a unique slot system for attacks and special abilities.

Every playthrough is made unique with procedurally generated maps, quests, loots and events for you to tackle. Use Lore between playthroughs to purchase Weapons, Items, NPCs, Classes, Events, and more!

For The King for features all released expansion content including Dungeon Crawl, Frozen Expanse Adventure, Gold Rush Un-Cooperative Mode, Into The Deep and More!

Rogue-like RPG Adventure For The King Debuts in April for PC, Early 2019 for Consoles