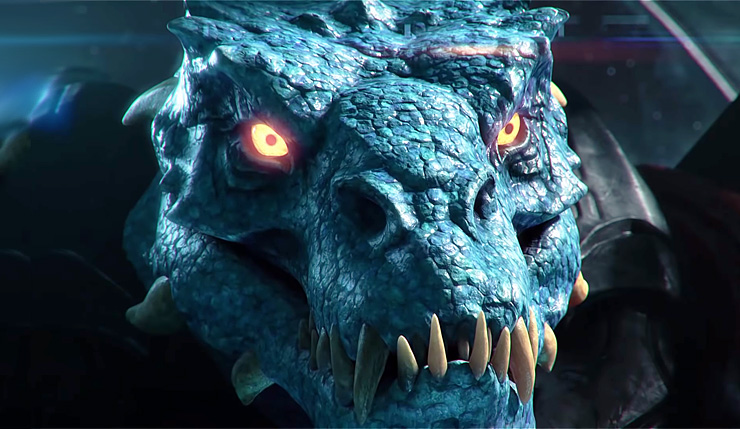 The battle for space supremacy is about to get even more intense in Age of Wonders: Planetfall’s just-announced Invasions expansion. This promises to be Planetfall’s biggest update yet, featuring new campaign maps, NPCs, and game modes, but the most notable addition are the Shakarn, a race of dastardly lizardmen bent on conquering everything in their path. When playing as the Shakarn diplomacy and city management largely go out the window – these guys are all about kicking intergalactic ass. You can check out a quick trailer for the Invasions expansion, below.

Here’s the official rundown on what to expect from Invasions:

Invasions puts players at the forefront of tactical conquest and apocalyptic thrill in the most expansive addition to Age of Wonders: Planetfall yet. Planetfall initially stations players among shattered military factions on an untamed planet. In Invasions, players switch roles into the conqueror’s chair and deploy as the Shakarn, a race of vicious lizardmen ready to deceive, disrupt, and destroy everything in their path to universal domination. Invasions also introduces the Therians, a mysterious faction of anthropomorphic NPCs who combined their DNA with that of animals to catalyze their evolution. Diplomacy and dispute resolution are twice as delicate with two new factions in play.

Age of Wonders: Planetfall’s world is bigger and better than ever before. Two entirely new campaign maps have been introduced, as well as a juggernaut-style game mode where players team up to challenge a single player with a vast empire on a conquered world. Invasions also brings a host of unpredictable environmental events to the game, with everything from pirate invasions to superstorms to solar flares. Finally, players face the ultimate late-game challenge as the enigmatic Voidbringers use trans-dimensional warfare to rain down legions of enthralled soldiers across their empires. When the Invasions arrive, Planetfall will never be the same.

Invasions is part of Age of Wonders: Planetfall’s $40 Season Pass, which will eventually include three expansions (the Revelations expansion already released last year).

Age of Wonders: Planetfall is available now on PC, Xbox One, and PS4. The Invasions expansion launches on May 26.