CD Project Red has shared some details regarding the upcoming patch for The Witcher 3: Wild Hunt. Marcin Momot explains that this is a very big update that they have been working on for a long time and more info should arrive later this week. 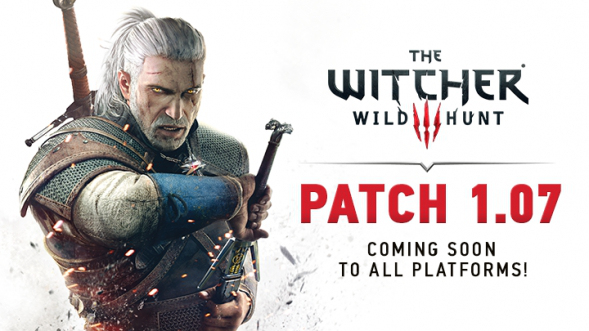 The Witcher 3 Patch 1.07 Coming Soon for All Platforms

Momot also clarifies that there will be no patch 1.06 for consoles, as the 1.07 is the next update for all platforms:

@David_Exporte There will be no 1.06 on consoles. 1.07 is the next update on all platforms.

Since the changelog for the upcoming update became available as shown above some gamers wondered what the alternative movement response was about, to which Momot gave further information on the official forums:

“Some players have been reporting that Geralt’s responsiveness was not up to their preferences so we are introducing a toggle to switch between two types of responsiveness. Once you play it, you’ll be able to choose the one that fits you better.”

CD Projekt decided to implement a toggle instead of altering the settings:

“If you put in a lot of hours into the game and we change it all of a sudden, that would feel weird, wouldn’t it? That’s why we thought it would be only natural to have this as an on/off option.”

We will bring you any additional information on the next patch and any other Witcher 3 related news as soon as they become available.