Community Coordinator Marcin Momot gives a bit more details on what Witcher 3 players can expect from the upcoming patches.

While yesterday he mentioned that patch 1.04 should be available on consoles within a week to a week and a half, today he explains that the team hopes to deliver the update sooner. It depends though on certification from Sony and Microsoft.

“We are hoping to have it quicker than that. It’s all about the certification process on consoles.”

The reported stutter issue, which occurs during rotating the camera slowly is going to be resolved with patch 1.05 on PC and 1.04 on consoles:

The Payback quest carries a bug that disables running, and Momot assures that this will also be fixed with the next patch,

“This is a glitch that will be removed in the upcoming patch. We already have a fix for this. Sorry about the trouble.”

as well as the bug with old grumpy Rock in the "Eye for an Eye" quest:

“This will be patched n the upcoming update. We are aware of this issue. Sorry about the inconvenience.”

Marcin Momot posted a temporary workaround for the bug that causes players to get stuck in a loading screen in the “King’s Gambit” quest, and clarified thathis will also be addressed in the next patch:

“There’s a workaround that should help. If you lost a fist fight with Lugos, please try reloading the save and win it. This should remove the error.”

He stated on twitter that the team is looking into the frame rate drops issue on the PS4, but explained that he cannot share any  details yet:

@Moonwalker_1986 @81chrisso @witchergame @MilezZx we are looking into this. Can't give any details yet. Sorry.

Momot stated that patch 1.03 is not available for the Asian version yet, but the team is currently looking into it:

“Thanks for reporting this. We are looking into this issue. Both patch and the dlc should be available everywhere by now. It’s strange.” 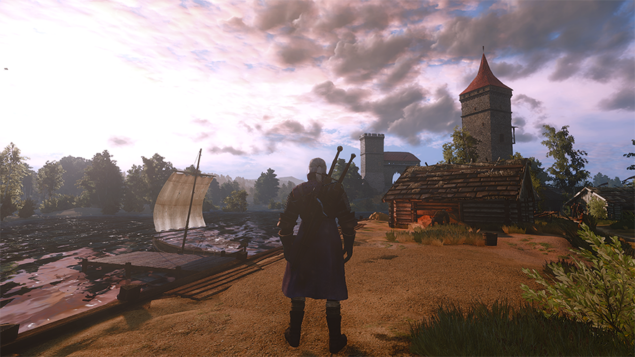