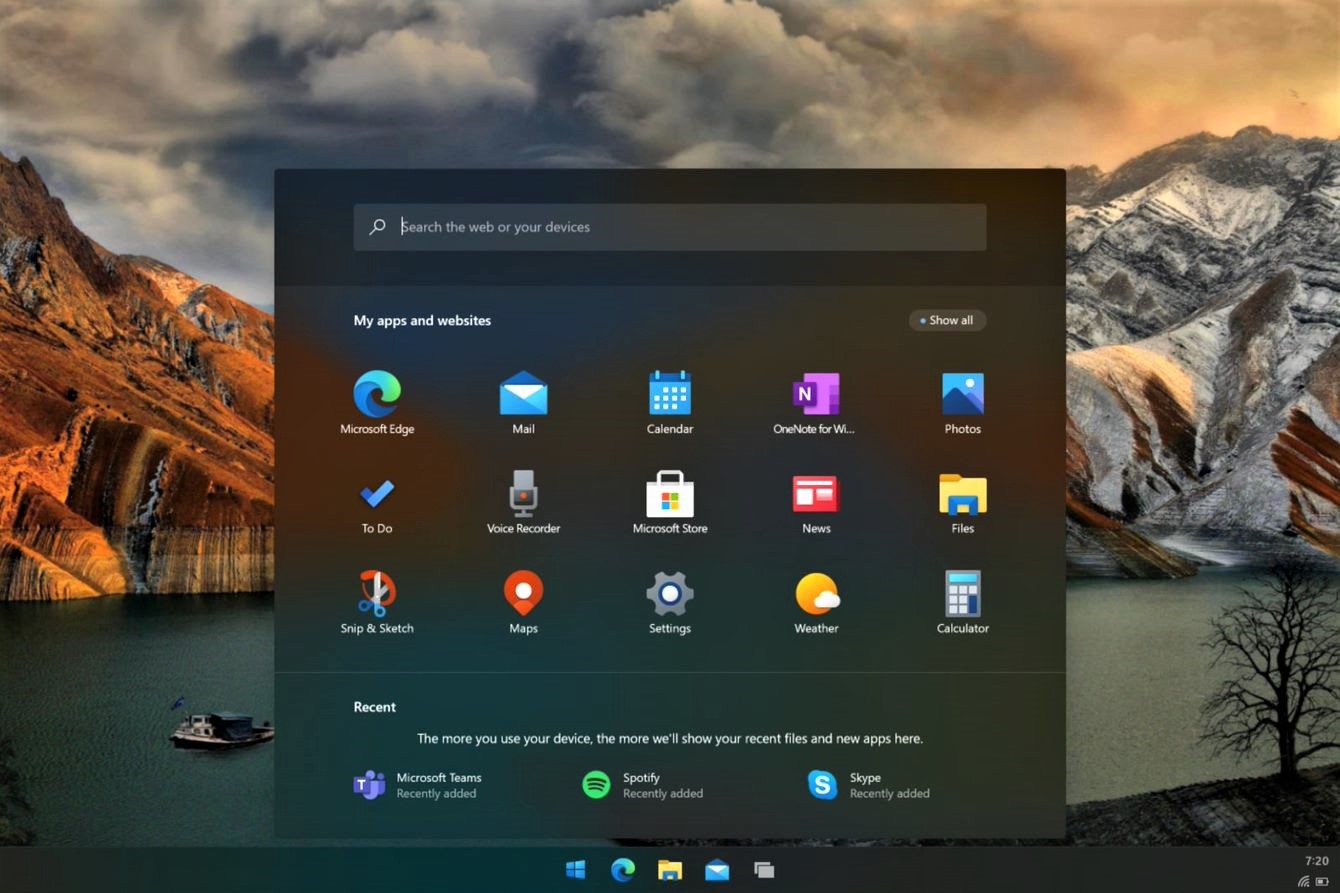 Microsoft started Windows 10X development with the aim of running it on foldable devices. However, the surge in the PC market during the pandemic along with other factors pushed the company to consider releasing it on single-screen products. The company is no longer waiting to finish its Surface Neo, a foldable workspace, to introduce its Windows 10X.

A latest internal version of this operating system has leaked online giving us a first look at Windows 10X for single-screen PCs. Build 20279.1002 isn't an RTM build but does offer a near-final look of the upcoming operating system, confirming that the look and feel is similar to Chrome OS. Expected to be released later this year with new hardware from Microsoft's OEM partners, Windows 10X will be going directly against Google's Chrome OS.

Windows 10X now hosts the Start Menu button at the centre of the taskbar. Start Menu no longer carries any Windows 10 Live Tiles or app folders but does have a Recents section. Just like Chrome OS, the focus is on browsing and web apps. The Start Menu includes tons of shortcuts, including to Spotify, which hints that users will be able to install Progressive Web Apps (PWAs) from the Chromium-based Microsoft Edge browser instead of relying on the Universal Windows Platform (UWP) apps. You can pin other apps to the taskbar, as well, which will push the Start button to the center-left.

With a simplified overall look, easy windowing, simpler system tray, a modern OneDrive-focused version of File Explorer, and a non-messy, customizable taskbar, Windows 10X does look much more polished and lightweight than Windows 10. As a reminder, Windows 10X isn't a version of Windows 10, which means you can't "upgrade" to it or download its ISO files to run on your devices. It'll only be available with new hardware just like Chrome OS.

Officially, it remains unclear when will Microsoft introduce Windows 10X, but it is likely we will see it launching as early as this Spring. Until then, this apparently near-final build can also go through some last-minute changes and improvements.

For those interested, @NTAuthority has shared this guide to install the latest Windows 10X build 20279.