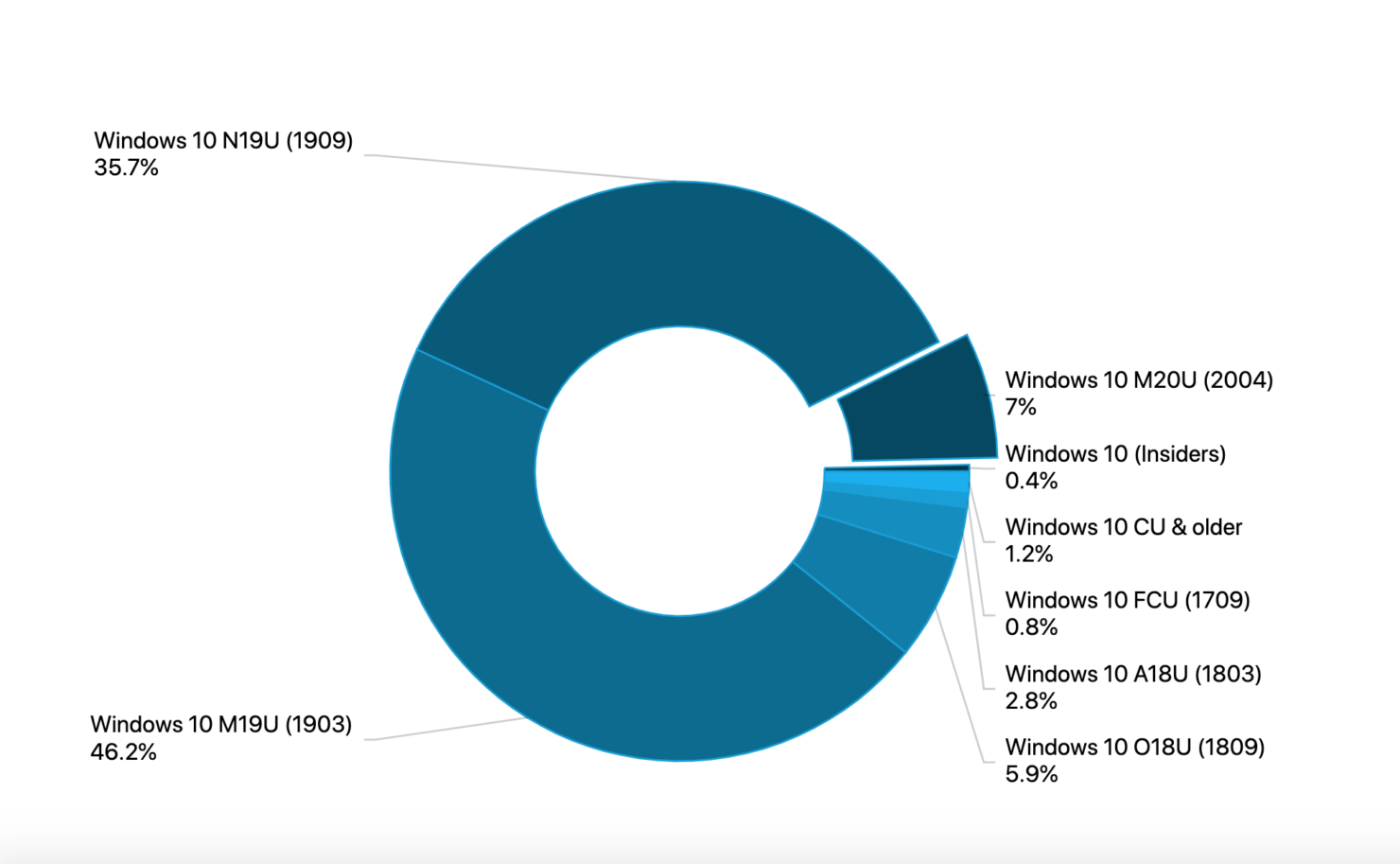 While 7% may seem like a small number and a slow adoption rate, it does beat the speed of version 1903, which was the last major feature update. Microsoft had released the 19H2 aka version 1909 as a cumulative update.