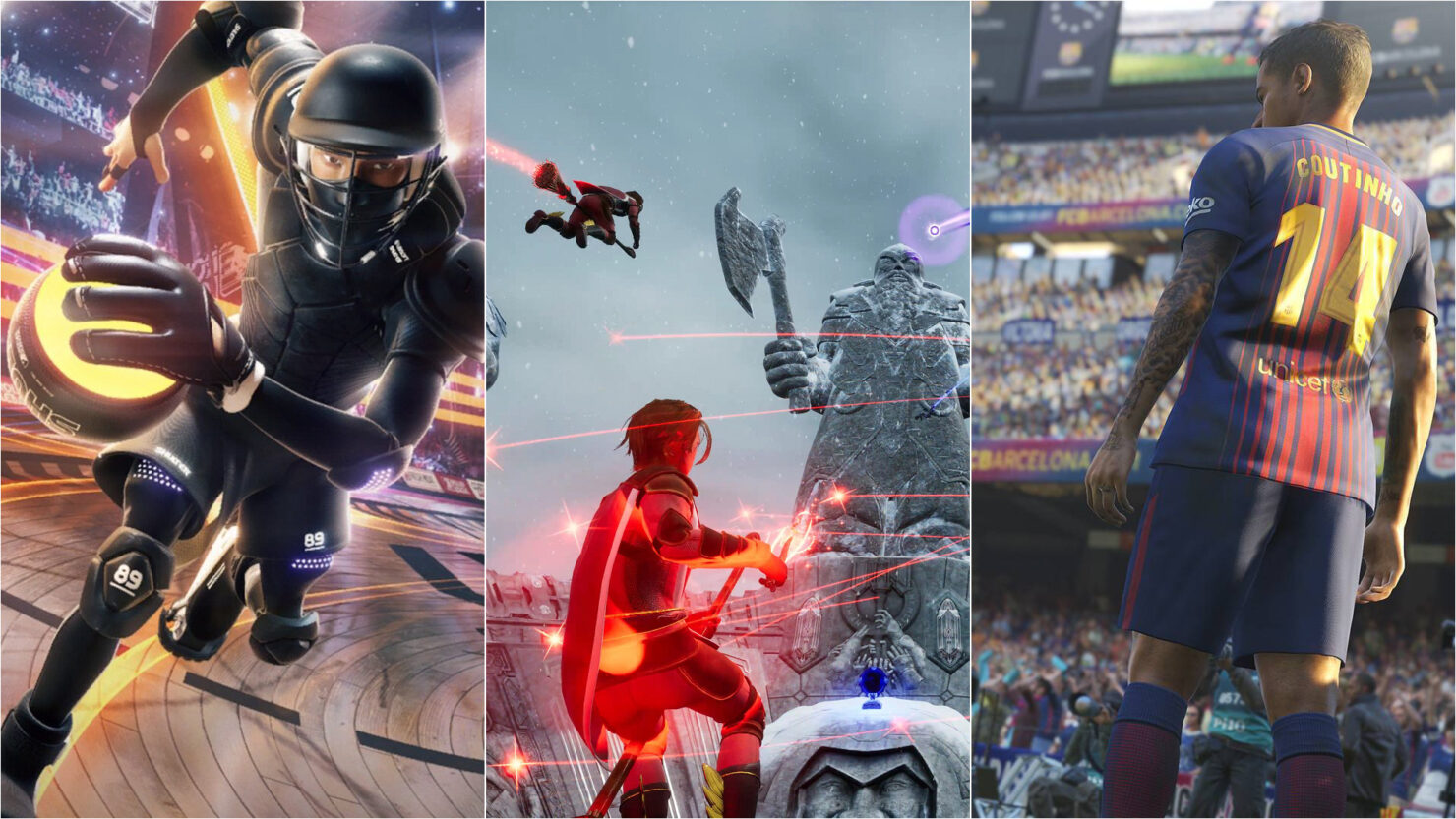 It was only two days ago, while covering the most anticipated strategy and simulation games, that I said how absurd it seems that over 8% of the year has already passed us by. January has been a slow month for new game releases no matter which genre you're looking at, though this is far from unusual. What that means is that it's still a great time to look at our most anticipated sports and racing games of the coming year. At least the remainder of the year anyway!

You can, and should, look back at the best sports and racing games of the previous decade to see some excellent games that will tide you over until these future titles arrive. Naturally, some of the games covered in the best-of-year pieces may not have featured on the best of the decade piece, so don't forget to check them out too, both for 2018 and 2019.

Anyway, enough preamble, let's look at our most anticipated sports and racing games of 2020. 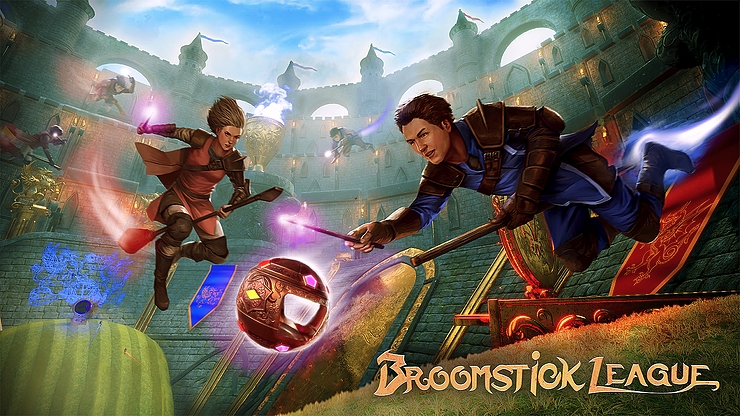 Back in 2003, the world was infatuated - nay, obsessed - with Harry Potter. The books were already a smash hit and then the magic of Quidditch had been brought to life on screens worldwide in The Philosopher's Stone and The Chamber of Secrets. Despite being released the year before the Prisoner of Azkaban film the game is set in, EA released the game Harry Potter: Quidditch World Cup. The game could be best described as "A video game with Quidditch in it".

Seventeen years later developers Virtual Basement are looking to bring us the joys of flying a broomstick, playing sky-football and using your magical abilities to impede the opposition team wherever you can. Broomstick league yet to have a solid release date, but there's no doubt that Rocket League and Quidditch fans alike can expect to be soaring through the (arena's) skies and scoring sky-goals against the opposition sometime this year.

Milestone is, by all accounts, pretty damn inconsistent. At times they can make titles above that of their general far, with others that just don't seem to be making the cut for whatever reason. The Ride series of titles tends to be one of their strongest releases in any given year, with the games having improved with each and every iteration.

Ride 3, despite being one of Milestone's first titles using the Unreal Engine, is the best of the series. It only stands to reason that with the expertise the developers have built up over the years since the launch, the wealth of licenses for manufacturers and tracks as well as their attention to detail when making a motorbike game that offers a lot of accessibility, Ride 4 could and should be the best two-wheeled racing game on the market.

This should be particularly true for Ride 4 as Milestone has promised heightened realism and accuracy on the bikes, something that could certainly feel lacking at times in previous outings. Releasing sometime this year, I'll no doubt find myself donning my helmet and murdering my virtual rider over and over again as I tumble to my demise.

Golf With Your Friends 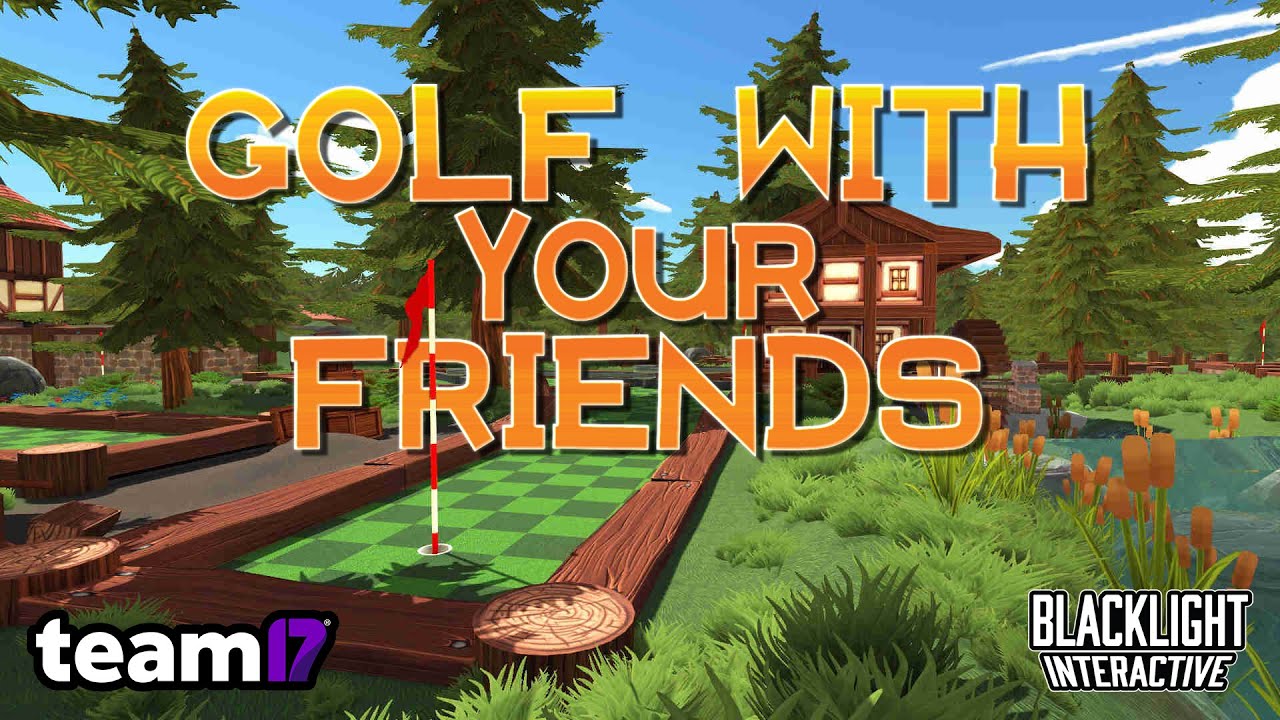 Originally released onto Early Access in 2016, with Team17 coming along to assist in the development process this last year, Golf With Your Friends is finally closing in on its actual release date. Having taken the world by storm, the mini-golf game has an estimated two to five million owners, with overwhelmingly positive reviews across the board.

Why? That's because Golf With Your Friends is already something special. The chaos of up to twelve people blasting their balls across the small mini-course, griefing as you stop one-another from getting that much-needed putt, using power-ups to stymy those who would try to beat you across multiple modes and with a massive level and game editor, letting you create any sort of mini-golf like game you would want to, there's so much to do. 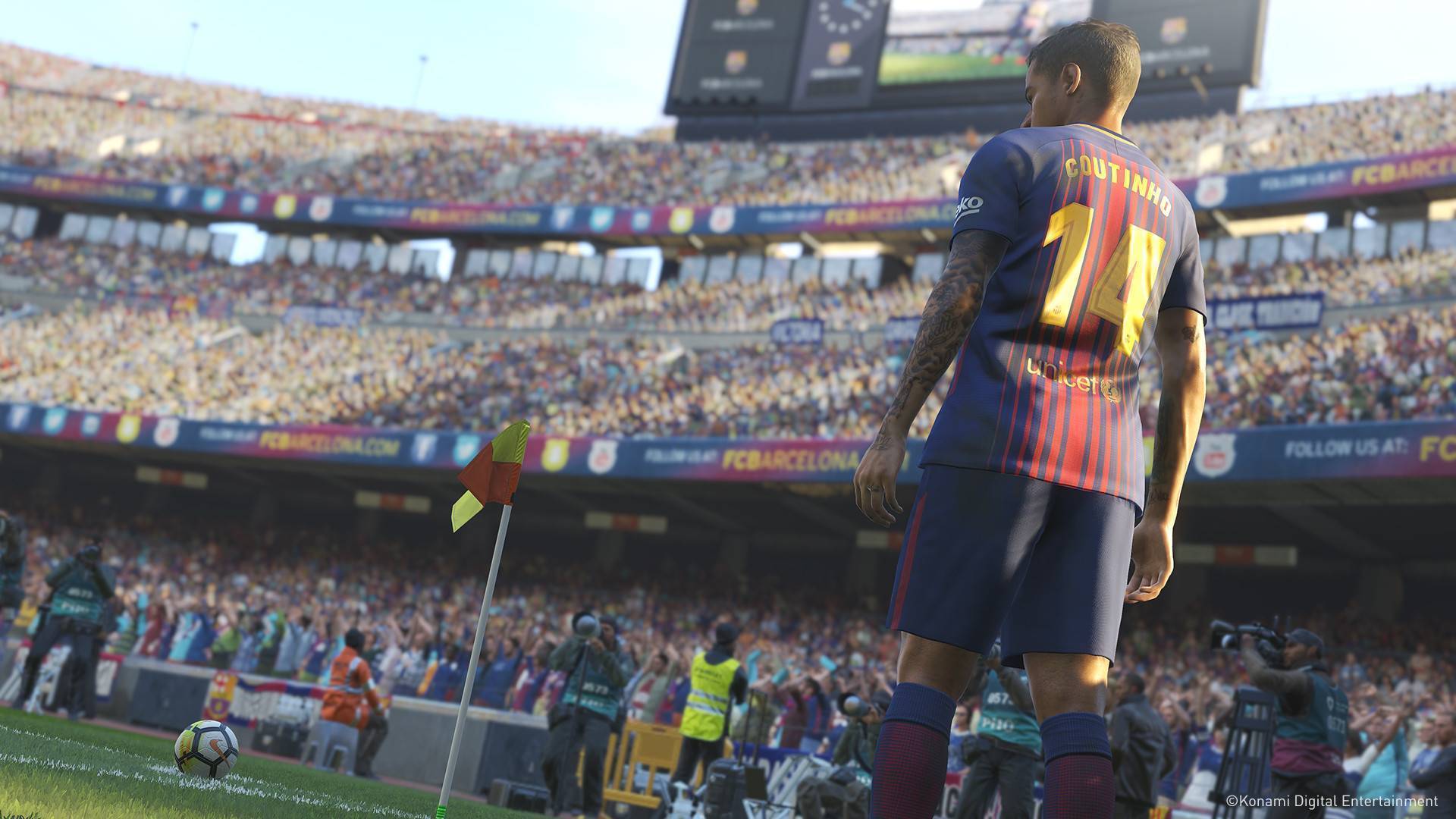 I'm honestly including these now simply because the pickings are so thin. Neither game has been announced yet but we know for a fact that they're coming. What will have changed? Likely not a great deal, both will include player packs for their respective ultimate team modes and both will play to their respective strengths.

FIFA, by EA, is arguably the more arcade-like football game. It tends to be faster, focusing more on the speed and push of the players, a more end-to-end style of play. This is, undeniably, the easier game to get into and combining that with the great swathe of licenses that EA is willing to pay for, people will always jump into FIFA. There's little that can be said about the game, other than talking about what has come in the past. EA is seeing a renewed challenge from Konami, with FIFA having started to slip since the highs of FIFA 17 and it's 'The Journey' story. Volta this last year has done little to help FIFA claw itself back.

That's because the competition, Konami's PES, after having slipped behind has found a renewed focus on the physics and the pure realistic-football oriented gameplay. While PES 2020 allowed some slight moves into the FIFA arcade-style of faster gameplay, it didn't sacrifice the actual feel and weight of players when they're on the ball. Konami has also started to show investment into licenses, though being very selective about the ones they choose, ones with a global fanbase, in an attempt to grab some people who are concerned about having the real names.

We simply don't know which football game will be the best in 2020, we don't even know what extra little features will be added on the side. What we do know is that both EA and Konami will be pushing to be the best at representing the beautiful game.

Back in 2017 Session launched on Kickstarter, offering the promise of a true skateboarding simulation game even more focused than that of the seemingly-abandoned Skate series of games by EA. This was of particular attention for fans of the genre as the only alternatives at the time was OlliOlli2 and the abysmal Tony Hawk's Pro Skater 5 by Activision, helping to generate double Crea-ture Studio's target of $80,000 CAD.

Having already been released to early access on Steam to overwhelmingly positive reviews, Session is the simulation of skateboarding that offers freedom but an extremely high level of challenge to players, offering a control scheme that has you in control of every aspect of your rider. From using analogue sticks to control your feet to turning with triggers, it's a learning curve that is designed to truly bring out the skating experience. As such, everything is slower and more focused, but with a greater sense of achievement when you pull something off. Naturally, there are options to make things easier.

There is already a painstaking amount of detail in both the map and the way the game plays, with further improvements still to come, Session is expected to launch on the Xbox One this year following a slight delay. Still, for those who have been long-awaiting a skateboarding game, this is one to get now - in early access - nevermind waiting for the full launch. 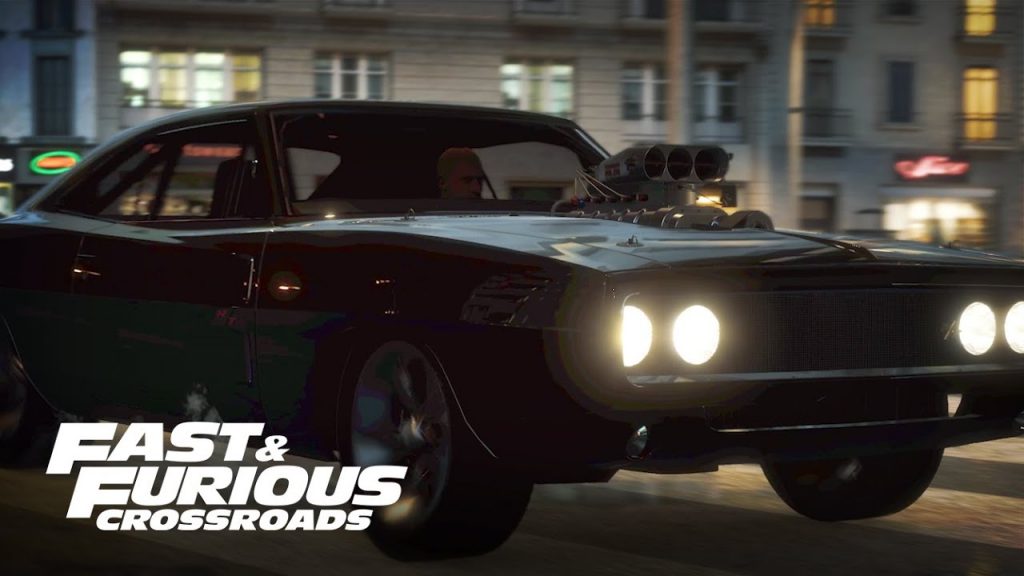 Slightly Mad Studios have made something special with their Project Cars franchise, being arguably the racing simulation game that anybody and everybody will go to, covering practically all aspects of four wheels. Knowing that Project Cars 3 is in development, it was certainly interesting to hear that Slightly Mad Studios are working on an upcoming Fast & Furious game, a type of racer that likely couldn't be further from Slightly Mad's wheelhouse.

Fast & Furious Crossroads is a game we don't know a lot about although it's coming out in just four months. From the reveal trailer, we know it's got fast cars, loud guns and big explosions. It also has one Vincenzo Petrol reprising his role of Dom from the films of the same name. Honestly, it's surprising to have not seen a Fast & Furious game up until now - the closest we came was Wheelman which, if anything, was what the film series became.

How much actual racing the game will feature is something we just don't know yet. Hell, we don't actually know much of anything. The appearance of guns, explosions and more certainly hearkens to the later films, but with a long history of street racing in the franchise, I wouldn't be too surprised to find yourself blasting around the streets of some urban environment and using your Nitrous Oxide to blast pass the opposition towards the end.

Sports and Racing Games of 2020 - An Empty Starting Grid 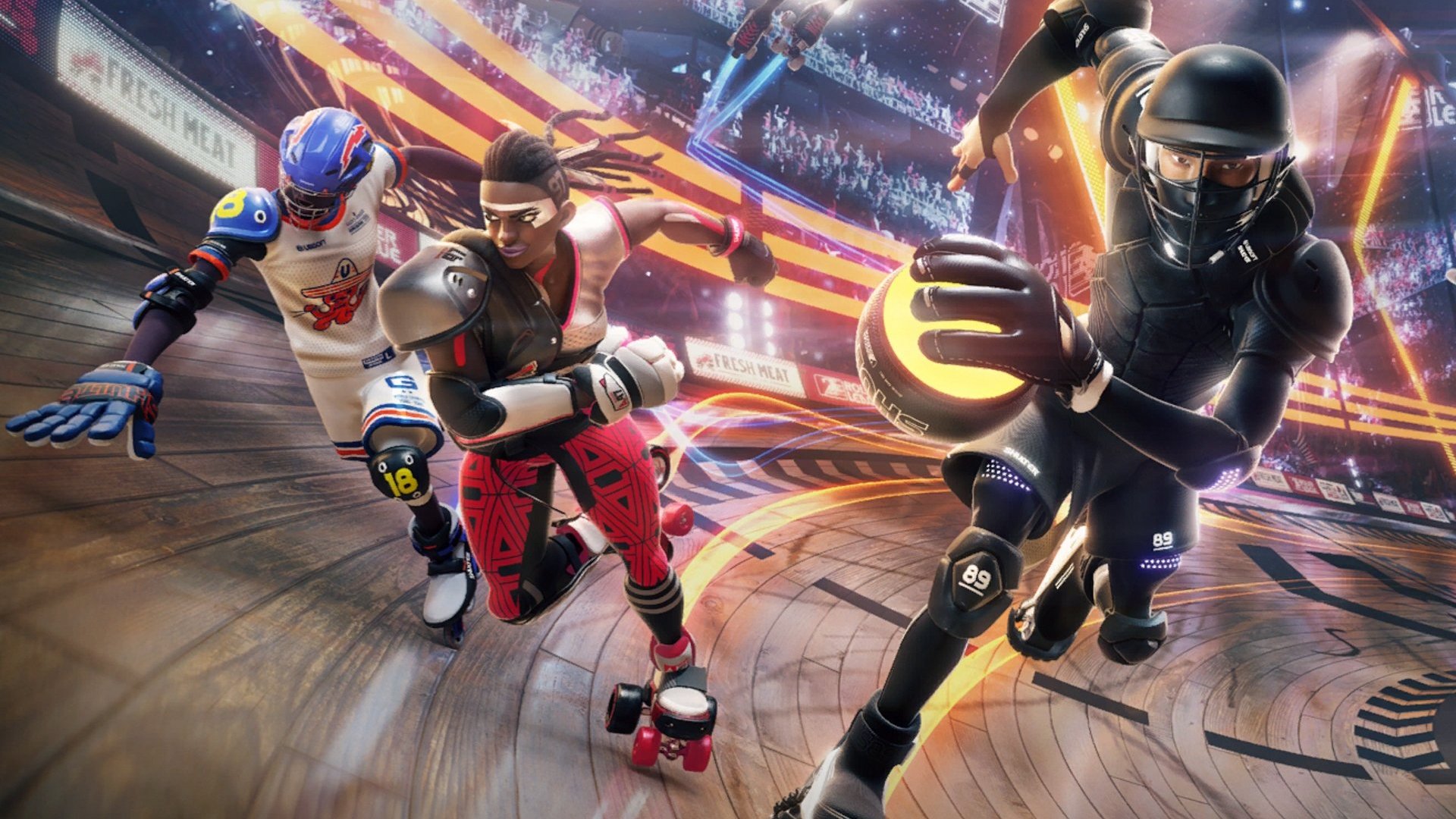 The lack of announcements has certainly made it hard to compile a list of most anticipated games within the sports and racing genres. Further down the line, there are some titles to look forward to such as Gran Turismo 7 and Project Cars 3, but we're sadly not going to see them in 2020 - not unless some sort of miracle occurs.

There are certain other titles we can expect, though much like the FIFA and PES, there are titles we know will be coming but simply have not yet been announced yet. For example, Codemasters will be continuing their tradition of releasing F1 titles, bringing out F1 2020. It wouldn't be a large surprise to see a further title or two in the racing genre.

Furthermore, we can also expect more annualised titles from EA, covering NHL, NFL and NBA. 2K Games will also, undoubtedly, be releasing NBA 2K21 and WWE 2K21, the quality of the latter hopefully considerably better than the previous outing. There are other titles with releases to keep an eye on, including Ubisoft's upcoming free-to-play title Roller Champions with other titles like Skater XL, Overpass and TT Isle of Man 2.