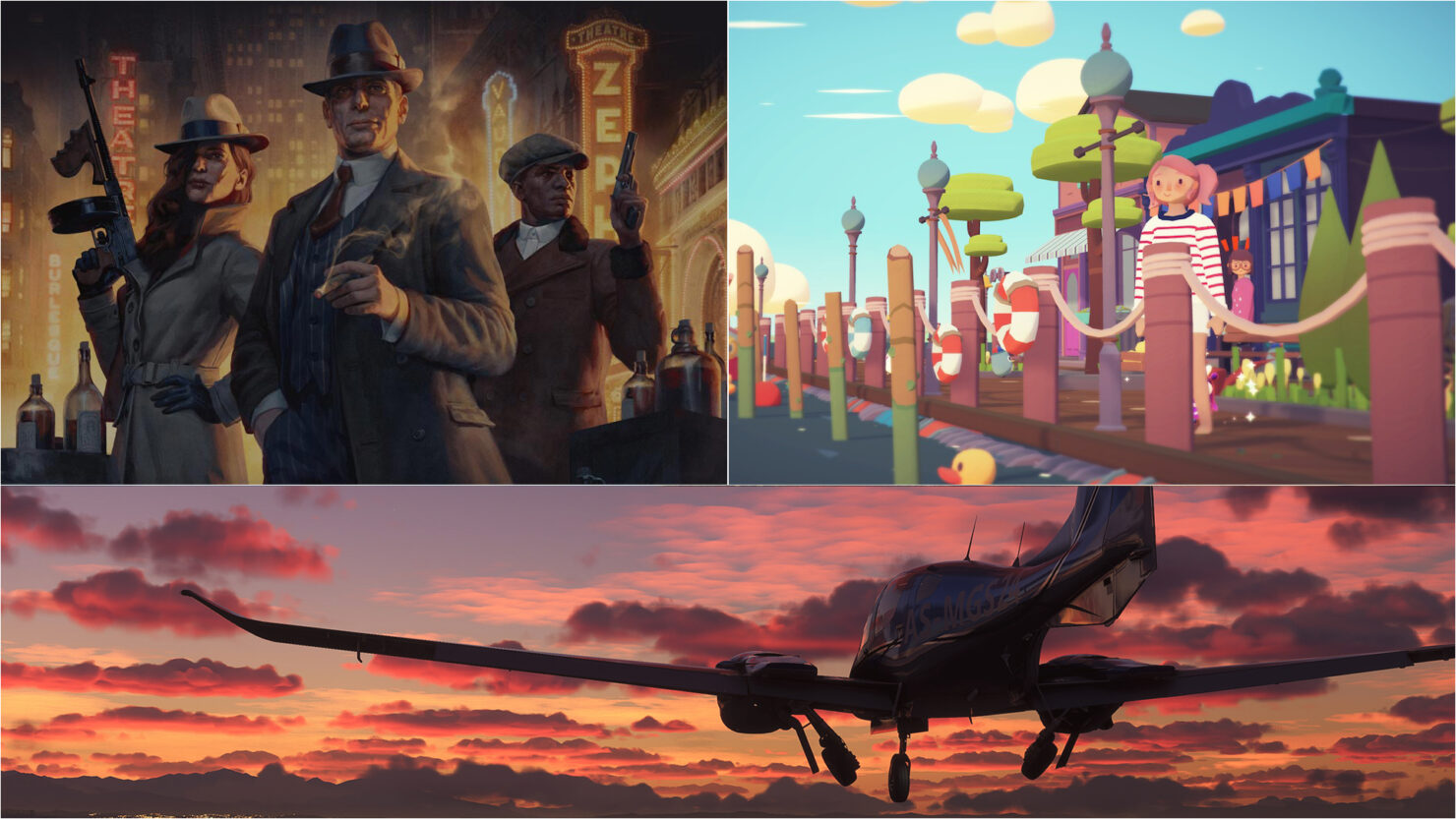 It seems absurd to me that we're already closing in on the end of January. Where does the time go? I mean this genuinely, 8% of the year has already gone. When you think about it, we could have already missed at least one potential entrant to what is our most anticipated strategy and simulation games of 2020. We haven't, but we could have. At least that would be the case if 8% of games had been released by now.

Why am I saying this? Primarily to increase the word count at the beginning of this piece and because I can't find a suitable segway into linking our previous best of and most anticipated strategy and simulation games lists. Now you bring it up though, there are a few lists of that nature for you to look at. Not only did I recently write up the best strategy and simulation games of the decade, but I also covered the best and most anticipated games of singular years:

Most Anticipated Strategy and Simulation Games

Certain entrants on this list aren't going to be a surprise. Legends of the genre will make their annualised appearance with some true greats making a long-awaited return. Some names will take you by surprise while others will simply be expected. On a final note, Warcraft III: Reforged and other remastered/re-released titles cannot make this list. Consider this paragraph their mention.

So, with my self-imposed quota now met, let's look at the most anticipated strategy and simulation games of 2020. 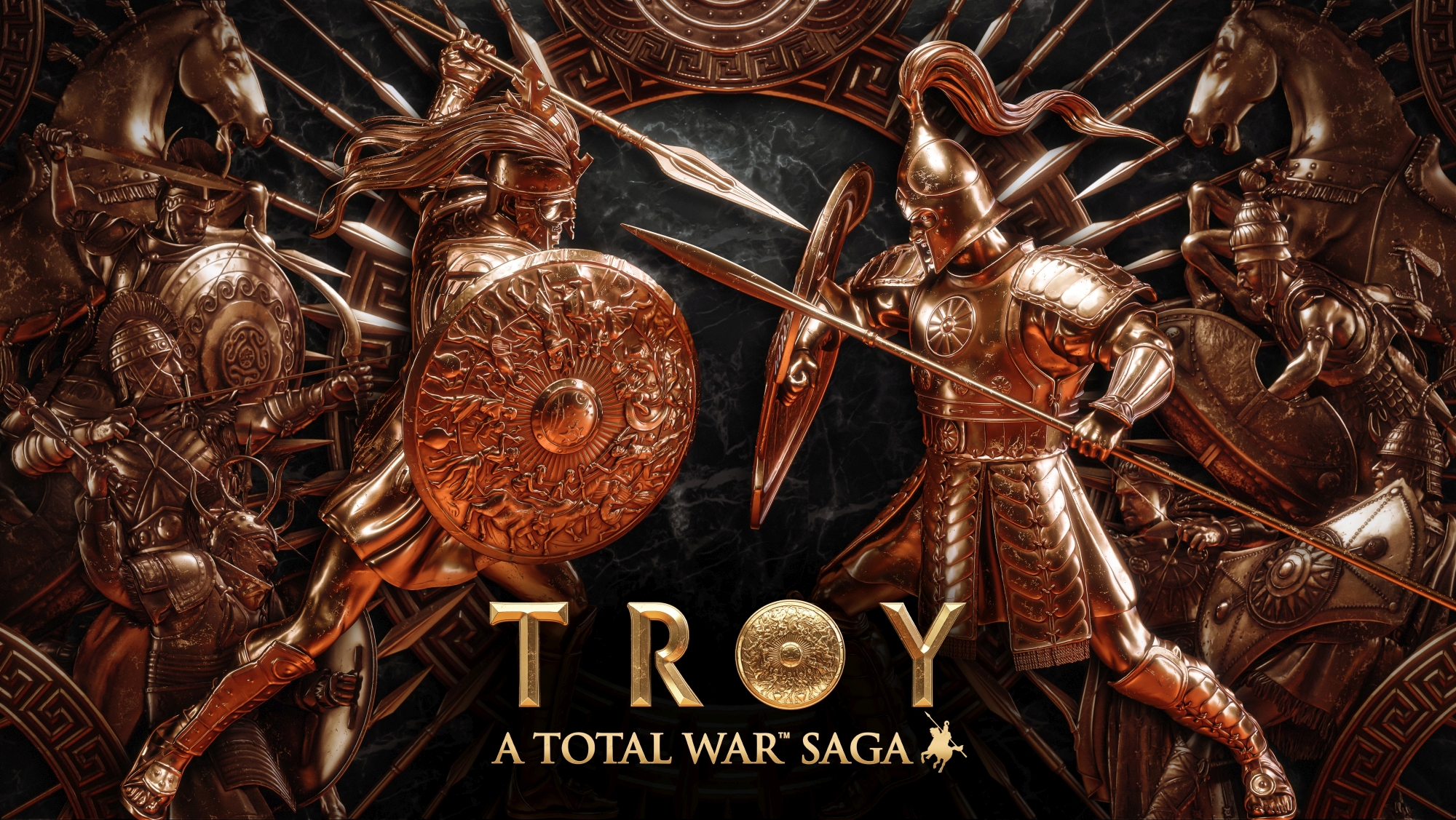 SEGA is both the company and the sound of a generation. The Mega Drive (Genesis to you yanks) was my very first home console, my introduction to video games. I, like many others, strayed and eventually saw an undeniable fall from grace. The company exited the console market and, for a long time, struggled to find a new sense of self. The company eventually found itself becoming one of the best strategy & simulation game publishers in the world, with excellent games of other genres as well (Yakuza, Catherine, Persona, Shin Megami Tensei).

In keeping with the arguable position as top of the pile when it comes to strategy & simulation game publishing, SEGA has two fitting games announced for 2020 and one that is unannounced but anybody with any sense of pattern recognition knows the game is coming.

It's Total War, need I say more? Well, I should, because this isn't Creative Assembly core, it's Creative Assembly Sofia who is now at the helm of their very first core Total War title after co-developing with Thrones of Britannia. My early impressions, having previewed it at Gamescom as well as interviewing the lead designer, Todor Nikolov. My thoughts on Total War Saga: Troy? They were certainly positive.

Following Thrones of Britannia, I'm ready to be pleasantly surprised by Total War Saga: Troy, which already looks to be bringing in some great ideas and design choices, letting it feel more like a core Total War game, but sticking to the 'Saga' remit of being more focused on a particular time period. It's early days, of course, with the game not expecting to be released until sometime next year, but from what I've seen so far, I'm excited.

Games have tried and failed to capture the magic of Sid Meier's Civilization for a very long time now. This has been especially true as Civilization itself has improved itself to a diamond-like shine with the latest iterations. If any studio is capable of creating a similar title of the same level of quality, it would be Amplitude. Following the great success of the Endless series of games, Amplitude is creating their very own human-history 4X game in the form of Humankind.

Humankind is the game that amplitude describes as "the culmination of all their work so far" and from what I saw at Gamescom, which I wrote up in a preview as well as in an interview with Jeff Spock, the narrative director, it's looking like this could be their best work yet if all goes as planned.

"Football Manager 2021 hasn't even been announced", I hear you whimper. Yes, puny mortals, I am using my gift of precognition to state that 2020 will, indeed, see the launch of another Football Manager game. Not only that, but my gifts also tell me that Sports Interactive will make yet another excellently strong simulation of being a Football Manager. This will be a game that engrosses millions of people.

Will it have sweeping changes or just be a fine-tuning of the excellence that we've already seen? My powers are starting to fail me now. I'm getting tired, I give my word that I will get back to you on that very important question. Until my powers return, just know that based on historical quality alone, Football Manager 2021 more than deserves its place on this list. 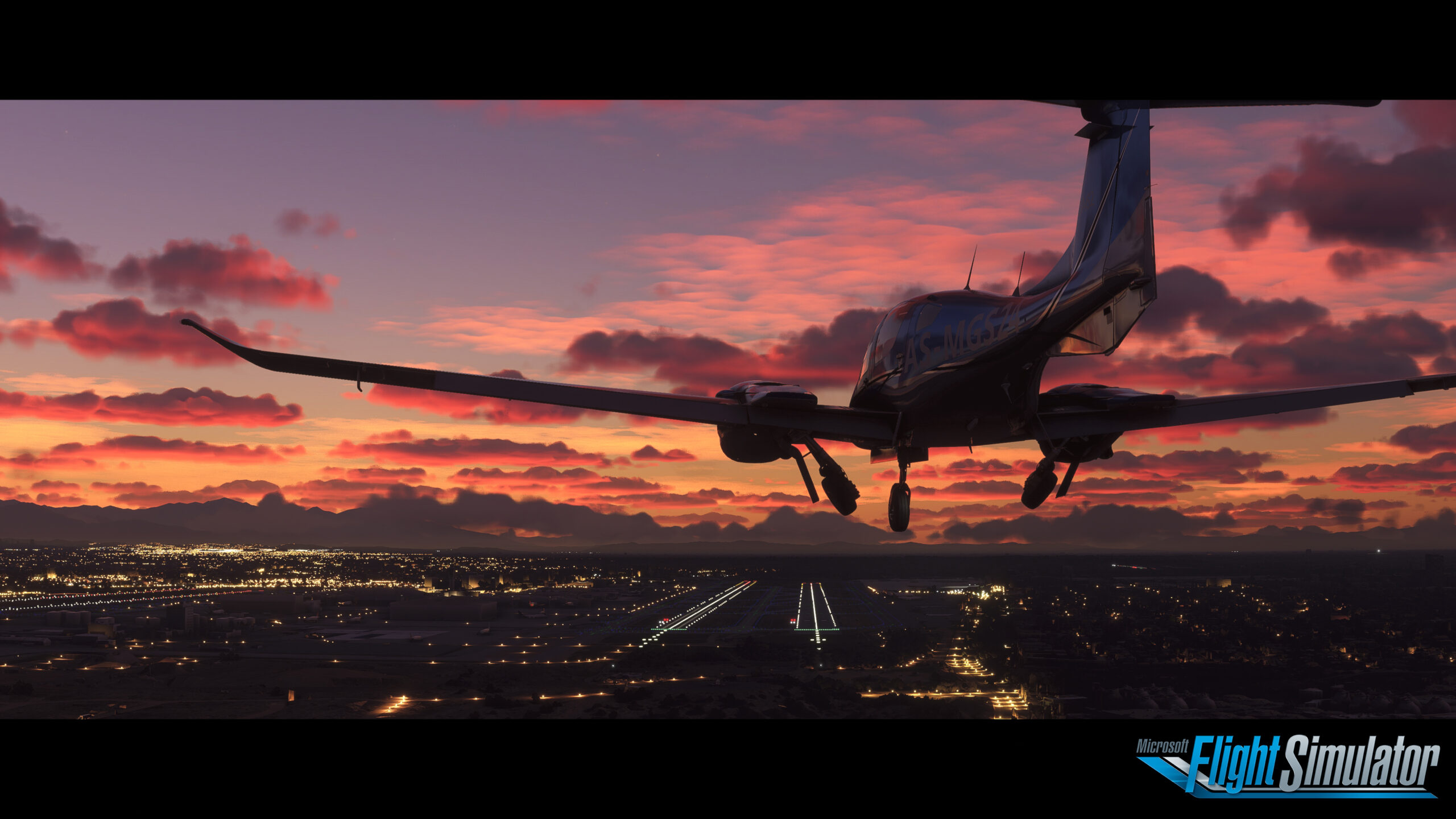 in what appears to be a true push to the PC as well as a strong level of game-development, following the relative failure of the Xbox One family of consoles, Microsoft has brought back two long-running series. These being Flight Simulator and Age of Empires. Both series, being fan favourites, have been left out in the cold for a long while, but certainly seem to be getting the level of treatment fans could expect.

Microsoft Flight Simulator last saw a release sixteen years ago but from everything that's been shown of the upcoming release, the wait may just have been worth it. Every bit of gameplay footage shown so far looks downright fantastic, with every finer element being so stunningly detailed. I don't know exactly how much Microsoft will have created - certainly not the whole world - but I'm looking forward to flying over certain landmarks and, if I'm lucky, other places I just know from having been there. I'll certainly be flying over Old Trafford, that much is certain.

Age of Empires has also been out of action for a significantly long time, fifteen years if you go by the release of Age of Empires III, nine if you count Age of Empires Online. We don't honestly know a great deal about Age of Empires IV. What we do know is that Relic Entertainment (a SEGA-owned developer. Dawn of War, Company of Heroes) are developing the game, 'something special' is being done for the campaign and Mikolai Stroinski (The Witcher 3) has joined on as the composer. 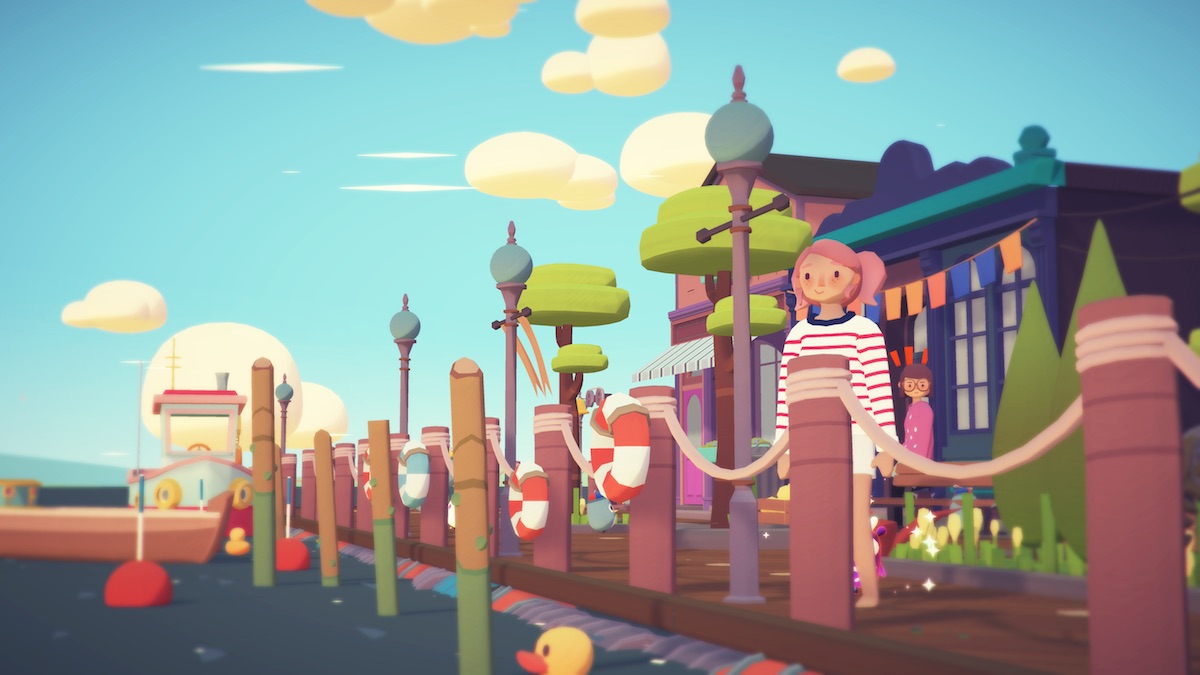 Ooblets is a game that, despite its very humble origins (developed by a core team of just two people), it has encountered a fair bit of controversy. First and foremost, taking the year-long exclusivity deal of the Epic Game Store caused those with Stockholm Syndrome to pile on, ignoring the fact that the game could then be developed with fewer constraints and with more security. Granted, the developers certainly didn't help themselves with the way they announced it.

Still, I'm very excited for this game. Described as a mashup of Harvest Moon, Animal Crossing and Pokémon, this is an incredibly cute-looking game with a huge feature list. Letting you run your own farm, supported by the friendly critters you collect along your travels, you can also join Ooblet clubs and feud with others, interact with local people Harvest Moon style and of course just go off and explore at will. Ooblets, no matter the controversy, is still a game I'll be trying as soon as I'm able. 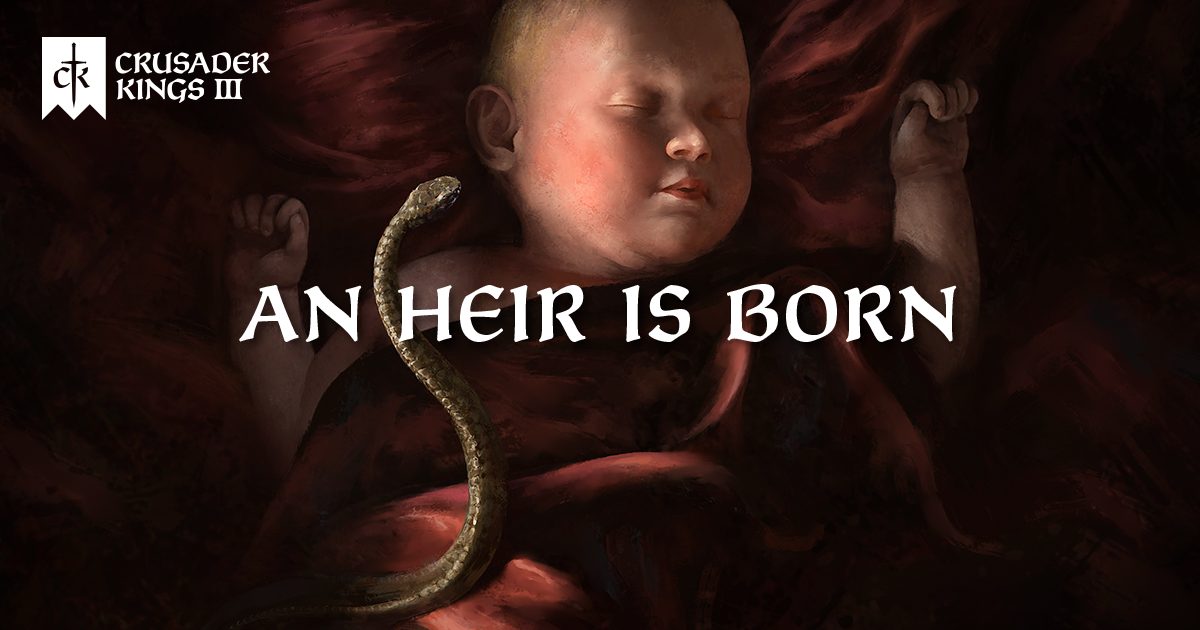 Paradox Interactive has a large number of grand strategy series on their hands, each of which could be suggested for a sequel. This year sees the release of a new Crusader Kings, one that looks to be building upon what makes people love Crusader Kings II as much as they do.

What that simply means is that the team is looking to build more on the RPG and dynastic elements, though improvements are being made across the board. Engage in blackmail, using the secrets of an enemy against them or engage in the new and improved warfighting system. Knowing the series, Crusader Kings III is likely to be one of the biggest time sinks of the coming decade, never mind the year.

John Romero will always be known for making you his bitch, be known as the person who co-popularised FPS games (with John Carmack) and also made up the term 'deathmatch' when it comes to multiplayer video games. So what is the godfather of shooter games doing on this list? He's only making a prohibition-era mobster game with his wife, Brenda Romero, and their studio Romero Games.

Set in Chicago, you'll find yourself building up your very own criminal enterprises, developing your own underlings (with their own character traits) who will be assisting you in the management of these businesses (Speakeasies, Brothels, Casinos and more) and, naturally, defending them against rival gangs and the law itself. With gameplay similar to that of XCOM and certain randomised elements each playthrough, Empire of Sin looks like it will offer a lot for the discerning strategy fan.

Paradox Interactive has tasked us with building cities on Earth as we know it now. They've tasked us with surviving on Mars as the resources of Earth have diminished. It only seems fitting that they're going to see us recolonising and surviving on Earth in a post-apocalyptic setting.

Here, you'll want to build up the ultimate colony, one that can survive any disaster and protect your people from anything and everything that is set to kill them. From bandits to radiation, wild animals and meteors, there's a lot that is set to test your abilities. With a host of buildings to construct within your growing city, a number of moral choices and decisions to make, the surviving and future of the human race is in your hands. Surviving the Aftermath is already out on early access and one to keep an eye on as it develops further.

Strategy and Simulation Games of 2020 - What a Year Ahead 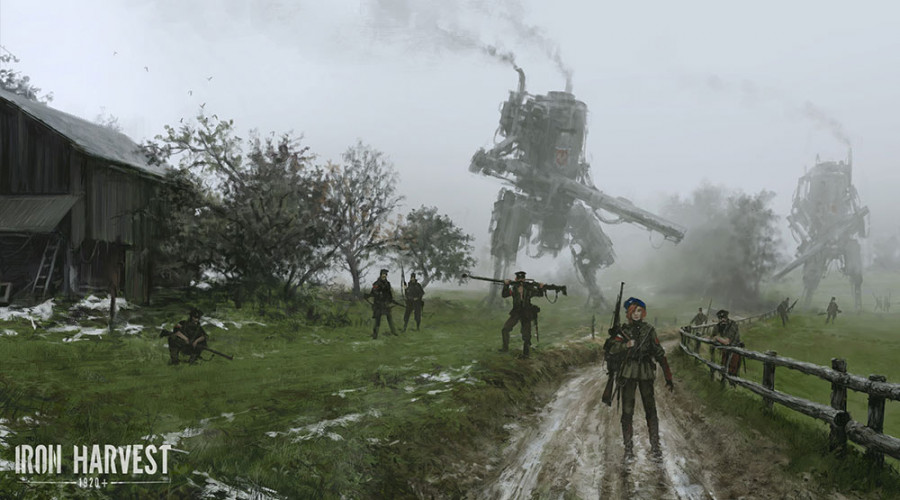 I'm fully aware that this list has been focused around just three publishers. Still, there's little doubt that half of them are huge titles, some of the biggest names in the industry, never mind just the genre. Normally, I try to limit such a list to a smaller number of games but listing the publishers and their titles just made sense, particularly as it highlights the size of their output over the coming year.

For a semblance of balance, I wanted to include at least one indie game. Ooblets was that game. There are a large number of other titles to look out for, ones that have massive potential. You can find these in the honourable mentions lists below.

From city building to empire-building to flying high above the clouds to protecting yourself against clouds of pollution, 2020 has a lot to offer for the strategy and simulation aficionados. It's certainly one where I'm counting down the days from one release to the next for more than just these genres. If you've got a list of games to look out for, it's time to get adding all of the above.